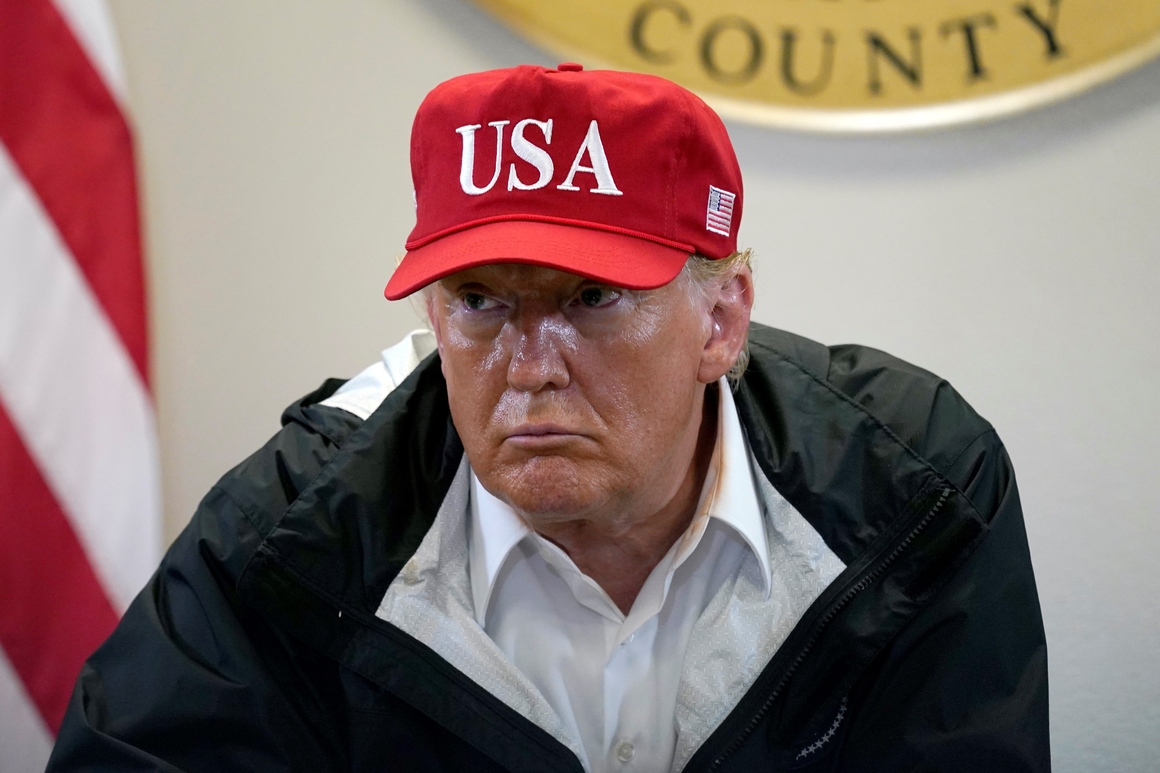 The move comes as Republicans express mounting concern over the drubbing Trump has been taking on TV. The president in August went dark in several battleground states and in Wisconsin was outspent more than 8 to 1, according to the media tracking firm Advertising Analytics. In Florida, Trump was outpaced by Biden more than 3 to 1.

Are we a country that’s failed disastrously to respond to a global pandemic, or a country that’s overrun by protests and violence on the streets? Democrats and Republicans painted wildly different pictures of America at their party conventions this month.

The endeavor is also aimed at addressing ongoing frustration within the president’s orbit over the existing Trump-allied outside group, America First Action. The super PAC has been outraised by its pro-Biden rival, Priorities USA, and senior Trump aides complain its attacks on the Democratic nominee have failed to punch through. Many of the president’s most generous financial backers have yet to donate to America First Action.

While America First Action has ostensibly been regarded as the official pro-Trump super PAC, advisers to the president have privately said they would welcome a new outfit.

Preserve America’s first commercials will begin airing Tuesday in Florida, North Carolina, Pennsylvania, Wisconsin, Arizona, Iowa and Georgia. Roughly $ 25 million of the total buy will be invested on TV, a figure that nearly matches what America First Action and Priorities USA have spent on the airwaves over the course of the entire election cycle. The remaining $ 5 million will appear on digital platforms.

Preserve America officials declined to specify their overall budget but said the investment would increase as the election draws closer.

The super PAC’s initial ads will focus on the theme of law and order, which Trump has turned into the centerpiece of his reelection bid. The emotionally charged commercials aim to tear down Biden by contending that he’s refused to take on the “defund the police” movement that’s emerged amid a summer of racial unrest.

One commercial features a direct-to-camera testimonial from an Arizona woman named Alyssa Cordova whose husband, a police officer, was killed in the line of duty.

“I haven’t heard Joe Biden stand up for law enforcement, which says a lot,” Cordova says, with an American flag and photograph of her husband behind her. “You’re part of the problem because you’re condoning it. What kind of a leader are you?”

Another ad spotlights John Gillis, a retired Los Angeles police lieutenant who talks about how a gang member murdered his daughter. “Joe Biden is not going to take a stand,” says Gillis, who is Black. “He can’t do the tough things, he’s too worried about popular opinion. That’s his character.”

LaCivita said: “The radical left-wing mob is trying to destroy our country from within and Joe Biden is too weak to stop them. It’s a concern shared by a growing number of Americans and we intend to spread their message far and wide over the coming months.”

The commercials come as Trump is set to travel this week to Kenosha, Wis., where the police shooting of an unarmed Black man has triggered violent protests. Biden has begun to push back on Trump’s law and order offensive. He told the National Guard Association conference over the weekend he would “never use the military as a prop or as a private militia to violate rights of fellow citizens,” a reference to the president’s June decision to use law enforcement to clear protesters in front of the White House.

Adelson’s anticipated involvement comes weeks after a contentious phone call with Trump that left Republicans panicked he might not help Trump in the final weeks of the race. But the staunchly pro-Israel billionaire has generally had a warm relationship with the White House. Trump in 2018 came through on one of Adelson’s priorities: moving the American Embassy in Israel from Tel Aviv to Jerusalem.

Marcus, who gave $ 5 million to a pro-Trump super PAC in 2016, has also been a key ally of the president. Over dinner in the White House earlier this summer, Marcus and Trump had a discussion that touched on the 2020 race.

LaCivita has worked in Republican politics for around three decades. In August 2004, his Swift Boat Veterans for Truth group began a TV advertising campaign featuring direct-to-camera testimonials from veterans who served with Kerry in the Vietnam War. They accused the then-Democratic nominee of exaggerating his war record and disparaging American troops upon his return from Vietnam. Kerry adamantly denied the accusations, but they caused massive damage to his campaign.

The late push by megadonors is similar to what unfolded in 2016. In the final weeks of the race, GOP givers plowed tens of millions of dollars into a pro-Trump super PAC named Future45. It provided a pivotal boost for Trump at a time when he found himself at a financial disadvantage.

Joining LaCivita in the endeavor will be longtime Republican ad-maker Jon Downs. The pollster for the super PAC will be Trump 2016 campaign veteran Adam Geller, who is simultaneously working for America First Action.