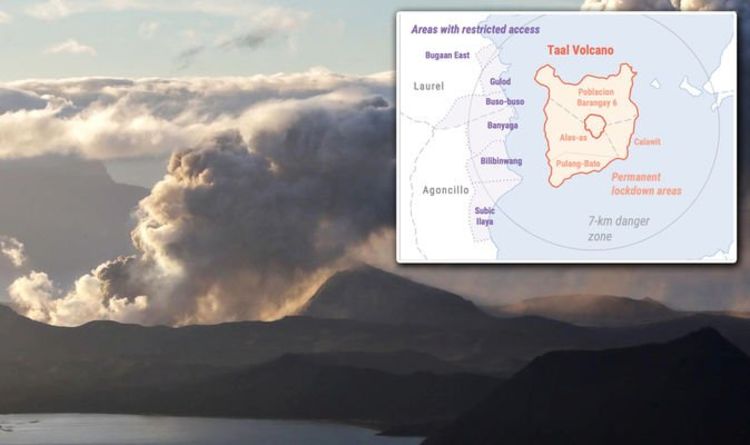 A second eruption went off on January 13 when molten rock entered the volcano.

More than 480,000 people in Batangas were affected by the eruptions and widespread evacuation orders forced people to flee for their safety.

The volcano sits in the middle of Taal lake – a volcanic caldera that has filled with water – and is surrounded by villages, town and cities.

However, in a bid to make the best of the eruption, Batangas Governor Hermilindo Mandanas suggested using the fallout from Taal to manufacture bricks and crop fertiliser.

On Sunday he said: “The ash, as you know, is a very good material for bricks and for hollow bricks.”