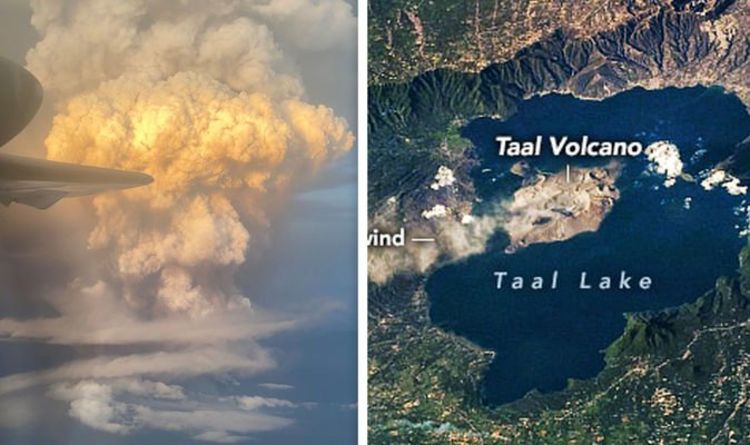 To the south of the volcano is the coastal city of Batangas, with Dacanlao and Balyan Bay to the southwest.

East of the volcano is Lupa and to the northeast is Calamba.

The agency said: “Alert Level 4 still remains in effect over Taal Volcano. This means that hazardous explosive eruption is possible within hours to days.

“DOST-PHIVOLCS strongly reiterates total evacuation of Taal Volcano Island and high-risk areas as identified in the hazard maps within the 14km radius from Taal Main Crater and along the Pansipit River Valley where fissuring has been observed.