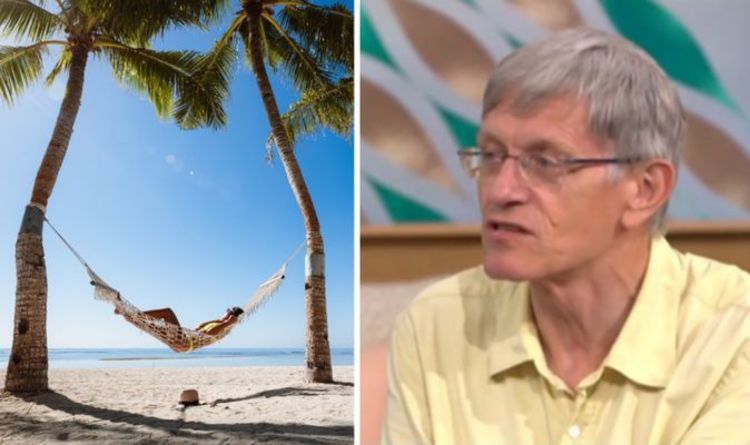 Simon Calder explained on ITV today that travelling abroad this summer is not illegal. Britons can still travel to any country “that will have them”, said the travel journalist.

Simon Calder spoke to Philip Schofield and Holly Willoughby about foreign travel on This Morning today.

There has been much confusion in recent days about what Britons can and cannot do, especially since the Government announced on Monday that the planned easing of lockdown rules has been delayed.

Lockdown restrictions in England will be lifted on July 19, the prime minister confirmed this week.

But Mr Calder noted this morning that some airlines “don’t think there will be any significant changes” next month to the current travel rules.

The journalist claimed that budget airline easyJet believes the Government’s travel traffic light lists will stay the same as they are now.

This is the reason why the airline has announced the launch of new routes this summer – from Liverpool to Bournemouth.

“You can drive it in four hours but fly it in an hour,” Mr Calder explained.

easyJet’s new route from Merseyside to Dorset will cost Britons £23.

However, Mr Calder insisted that foreign travel is “absolutely not illegal”.

He said: “It’s absolutely not illegal to go abroad.

“I could walk straight out of the studio, go to Heathrow airport, get on one of the many flights to India.”

The travel expert added: “I’m not going to – I think that would be a foolish thing to do and if I came back I’d have to immediately go into hotel quarantine. But there is no law against it.”

But Mr Calder explained that Britons could go abroad if they wanted to, especially since travellers from England no longer need fill in a “Declaration for Travel” form at the airport.

“You are a free British citizen, you can go anywhere that will have you,” Mr Calder said.

He added that it was “more important” for Britons who haven’t seen friends and family in a year, or more, to go abroad if they wanted to.

However, the travel journalist told Philip and Holly that he, personally, will not be going abroad this summer.

“The simple option is to go and stay in great British cities like York, Edinburgh, Chester,” Mr Calder said.

“They are relatively empty and are great places to stay.

“Go and stay in places like Hull or Cardiff – that’s what I do.”

He added: “If you want a cottage by the sea in Cornwall, good luck with that.” 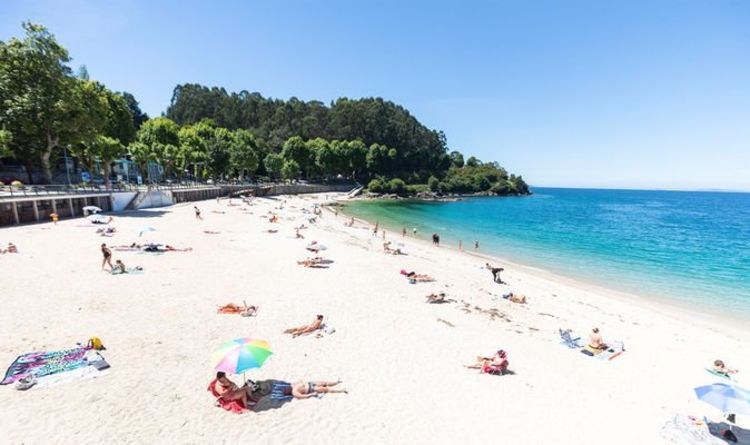 The Government announced that Spain would stay on the amber list at least until the next traffic system review takes place at the end of the month. This means UK travellers that decide to fly to the country, have to quarantine for 10 days on return. One of these was a Briton who travelled to Marbella last week on a business trip.

But is it possible to enjoy a holiday in Spain despite being the country on the amber list?

“I’ve been five or six times and there’s been minimal disruption to being able to do things that you normally would do,” he explained.

He said that the real issue is when leaving or coming back to the UK: “It’s harder at the UK side than it is as the Spanish side.

“You need all your paperwork ready at check-in and you need a negative PCR test, even though that the Spanish have dropped this as an entry requirement for people travelling from UK.”

He explained that “there are hardly any issues and what is in the media is nothing like what is actually occurring in those countries.”

“I also think there’s a natural tipping point people have with being locked down for something that is being actively vaccinated against in very large numbers in the UK, so what’s the point of having vaccines if you still need to quarantine or be restricted.

“I think people are generally scared of what it’s like in foreign countries based on what they are reading or seeing on the TV when in reality, certainly in Marbella, it’s more back to normality than here in England!”

During his time there, he was surprised to find so many Britons enjoying a holiday in Marbella.

“Lots of British people there as usual.

“Maybe a bit quieter than previous years but bars and restaurants are still full.”

He explained that going on holiday to the Mediterranean country is still worth it despite the mandatory quarantine on return.

“I’m going back in a couple of weeks,” he admitted.

However, it should be noted that the Government have said Britons should only travel to Amber countries for “essential” reasons, such as funerals.

The FCDO say on their website: “To prevent new COVID variants from entering the UK, you should not travel to amber or red list countries.”