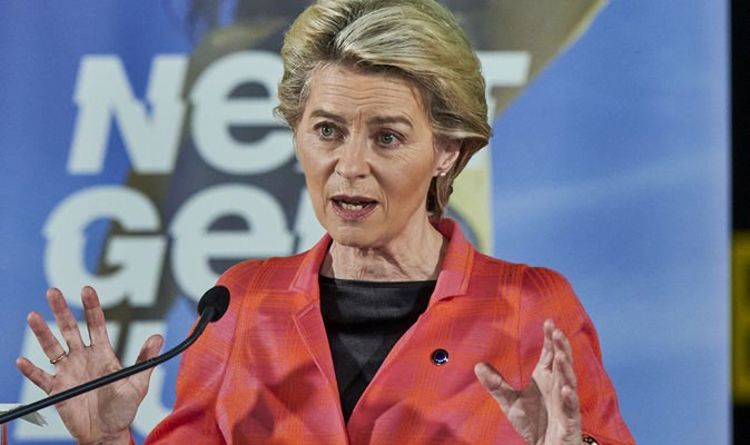 The European Union had “bet pretty big” on the Curevac vaccine, developed in Germany, and had even ordered more than 400million doses. It remains unclear what price the EU paid for these doses, but the German government admitted that it had invested more than £250million in developing the vaccine. Both Germany and the EU are facing questions over a waste of taxpayers money, amid concerns that the jab may not even secure approval from the European Medicines Agency.

Earlier in the year, Curevac chief executive Franz-Werner Haas had even told EU health chiefs that he expected a high efficacy return from the trials.

DW’s financial correspondent Chelsey Dulaney said: “At the beginning of the vaccine race, this was one of the most hyped-up companies out there.

“The Trump administration even tried to buy it off with a $ 1bn deal. There was a lot of interest in this vaccine.”

She added: “But this is a spectacularly lower efficacy rate and it’s not even clear if they would get approval from medicines regulators like they say they are going to try.

“Europe had bet pretty big on this.”

CureVac’s chief financial officer Pierre Kemula insists the company had not given up on its coronavirus vaccine despite disappointing results from trials.

There has also been an ongoing dispute between the EU and AstraZeneca over vaccine supply.

French President Emmanuel Macron stirred up tensions after remarking that the AstraZeneca vaccine was only “quasi-effective”.

On Friday, the EU lost a legal battle in Brussels to force Anglo-Swedish drugmaker AstraZeneca to supply 120m doses of Covid-19 vaccine by the end of June.

The bloc also suffered from an initially slow vaccine rollout while the UK has raced ahead.