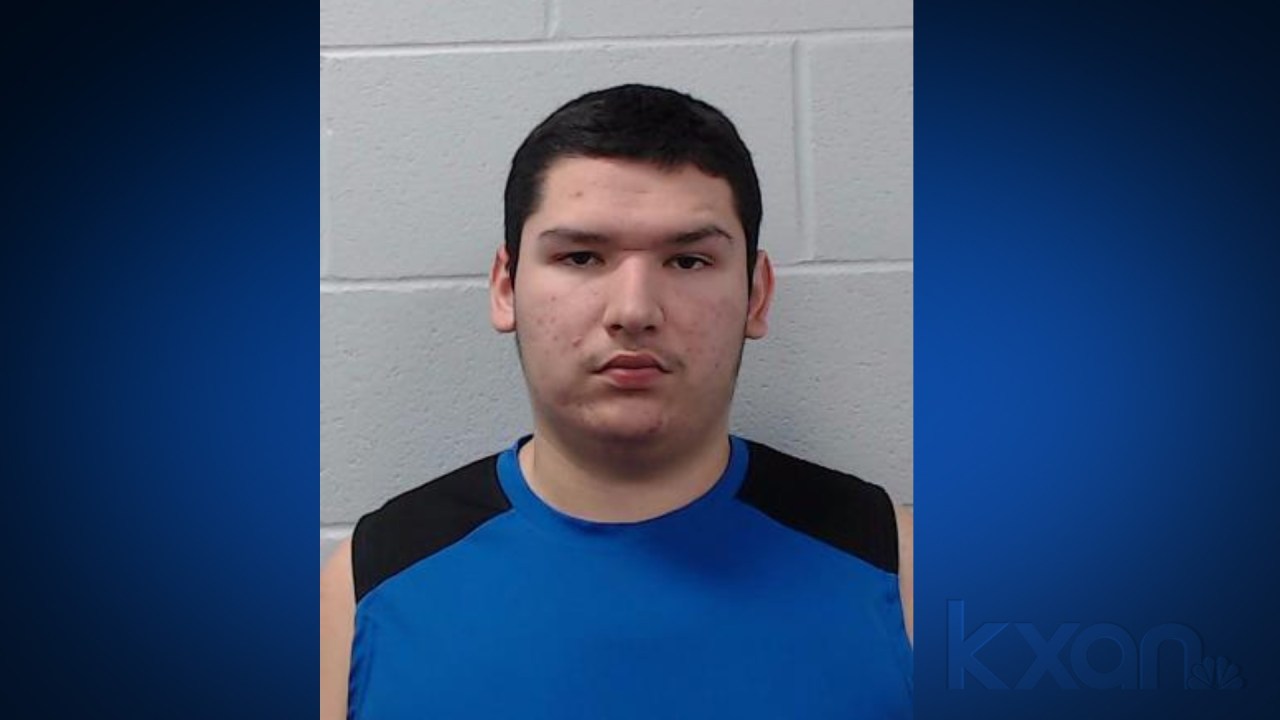 (WXIN) — A new program from Amazon will allow customers to share their internet connections from their home devices, and the deadline to opt out is quickly approaching.

According to the company, Amazon Sidewalk is a shared network that’s supposed to help its devices (Amazon Alexa, Echo, Ring doorbell, security cameras, tile trackers, etc.) retain connectivity even if a home’s internet signal is weak or not working. It’s effectively a version of a mesh network that allows a device to “borrow” an internet connection from somewhere else. AUSTIN (KXAN) — The U.S. Marshals arrested a suspect who is allegedly connected to the murder of an Austin 18-year-old on Friday.

A release said 21-year-old Warren Mitchell III was taken into custody in Tulsa after the U.S. Marshals Lone Star Fugitive Task Force found out he fled north of the Red River to Oklahoma.

Mitchell was wanted for his alleged involvement in the death of Kedarius Griffin, who was shot and killed while he was inside a car with a pregnant woman, three kids and a two-year-old toddler on April 14. Austin Police said the woman and children were not hurt.

The incident happened around 7:30 p.m. in the parking lot near the McDonalds and HEB on the corner of North Lamar Boulevard and W Rundberg Lane.

A murder warrant was issued for Mitchell’s arrest by an Austin municipal court judge on Thursday, and the task force was requested to help find him.

Austin police previously asked for help finding two other suspects believed to be involved in the incident. It is unknown if they have also been arrested.

Mitchell is booked into the David Moss Detention Center in Tulsa where he is awaiting extradition. His bond is set at $ 500,000.

At last check, Mitchell did not have an attorney listed in Travis County’s online case portal. Once he does have one, KXAN will reach out and will update this story. 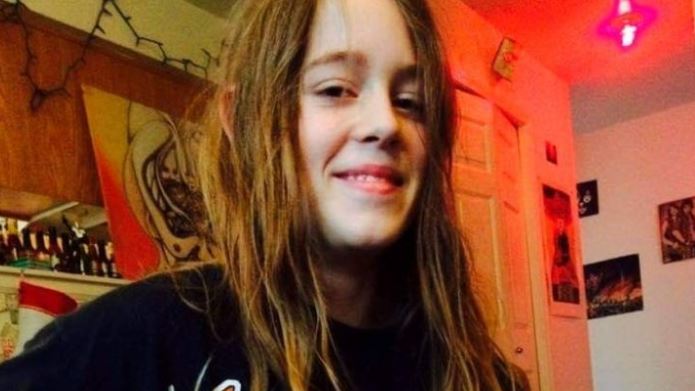 AUSTIN (KXAN) — Nearly one month after workers discovered 18-year-old Silas Strimple’s body on a conveyor belt in northeast Austin, his father is sharing a heartfelt tribute about his son’s potential and working to destigmatize mental health in America.

On March 24, 2021, Travis County deputies responded to the Balcones Resources recycling facility after workers discovered a body on a conveyor belt. The sheriff’s office found no signs of foul play but labeled Strimple’s death suspicious considering its uniqueness.

Strimple’s body is the third to be discovered at a Travis County recycling center in a little more than one year.

After contacting next-of-kin, authorities revealed Strimple was a transient who had recently relocated to Austin from his home in Eugene, Oregon.

Strimple’s father, Skutch Lucika, said it was a decision his son made after years of battling a debilitating mental illness that isolated him from others.

Lucika called his son kind hearted and naturally gifted. He was a talented musician who played guitar, bass and drums. But his reputation was most widely known for his ability to fearlessly skateboard.

“He began at a young age and excelled at it,” Lucika said. “He was well loved by lots of people, and he was kind hearted.”

However, in his early teens, doctors began noticing early signs of schizophrenia. Lucika said Strimple began to distance himself from his family as he developed paranoia and showed manic symptoms. Lucika said he denied medications despite their ability to calm him. It’s what ultimately drove him to Austin as he searched for a new life and purpose.

“He was ill, and he couldn’t heal himself in the ways he needed to be healed,” Lucika said. “As the illness took him over, it just slowly suffocated the life out of him.”

It’s still unclear how Strimple ended up at the Balcones Resources recycling center.

Travis County authorities have been able to track down the last known surveillance photographs of him, from multiple locations, wearing a dark grey flannel, light pants and something under his arm.

“Our investigation is focused on the last hours of the decedent’s life to determine whether or not this is an accidental death or if this happened another way,” Dark said. “Just because a body may end up in a recycling center in the county doesn’t mean that’s where the person died.”

However, the discovery of Strimple’s body at the center is not entirely unique.

Barely one year prior, on March 12, 2020, the body of 31-year-old Collen LeBlanc was also discovered on the conveyor belt at Balcones Resources. Authorities did not discover signs of foul play.

Then on December 7, 2020, employees sorting materials at the Texas Disposal Systems recycling center in southeast Austin discovered the body of 62-year-old Randall Shinault on a conveyor belt. Again, no signs of foul play, but the case continues to be investigated as a suspicious death.

Dark tells me detectives are not connecting all three cases, but that each is being studied independently. Strimple and Shinault’s deaths continue to be investigated, but the case of LeBlanc has been closed. The only connection the Travis County Sheriff’s Office is drawing is that each victim was considered homeless.

While Lucika certainly wants answers as to how his son ended up on a conveyor belt in northeast Austin, he’d rather turn the conversation to mental health awareness. He said he and other friends had tried to provide resources to Strimple or ensure he took his medications. He said he knows there are many others who are struggling through their own mental health disorders.

Lucika contends if there wasn’t a stigma around talking about it, his son might have been more willing to seek help.

“There are so many kids out there in the same situation. There’s things that he could have gone through, different programs. But he wasn’t in the right mind to facilitate those things or take care of those,” Lucika said. “Focus on his life and also on the need for mental health resources in the country. It’s something that really isn’t being focused on, and the stigma surrounding mental illness is really tough.” TRAVIS COUNTY, Texas (KXAN) — An 18-year-old from the state of Washington was found dead on a conveyor belt at an east Austin recycling center Wednesday.

The Travis County Sheriff’s Office said at about 8:30 p.m., deputies responded to a center on Johnny Morris Road. Workers found the body of Silas Octavia Strimple on the conveyor belt.

The sheriff’s office said it is investigating how Strimple died and how he ended up at the center. The evidence found so far shows no signs of foul play, but deputies are considering the death suspicious.

Anyone with any information about Strimple and his whereabouts before he was discovered can call the Travis County Sheriff’s Office tip line at (512) 854-1444.

In December 2020, 62-year-old Randall Schinault was found dead on the conveyor belt at the recycling center in the 3600 block of Farm to Market Road 1327 in southern Travis County. At the time[1], TCSO reported foul play hadn’t been ruled out yet.

In March 2020, Collen LeBlanc, 31, was found dead on the conveyor belt at the Johnny Morris Road facility as well. At the time, TCSO said they didn’t believe he died at the center[2].

In April 2015, a woman was charged with killing Clarence Gardner Junior after an argument. His body was found at a recycling center also on a conveyor belt. The woman was arrested two days later and charged with murder, but the case was later dismissed. In 2017, a man named Mark Kenady pleaded guilty to murder in the case.

In January 2014, the body of Shaybren Harris, 26, was found at a recycling center. The mother of four had been killed, and authorities said at the time the person who killed her may have known her.