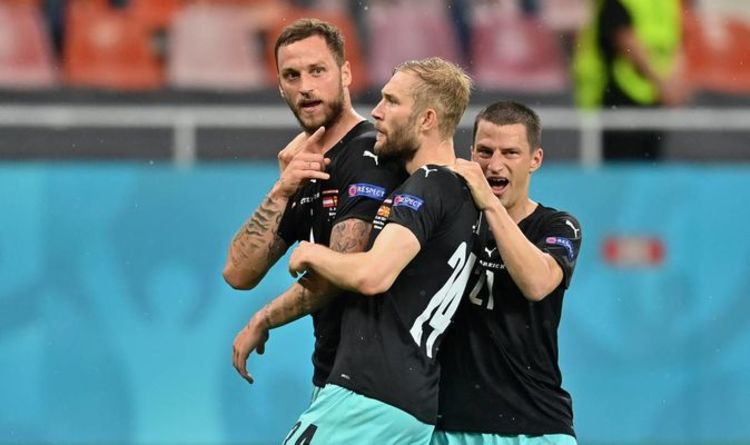 Marko Arnautovic has apologised and denied being a racist following his involvement in a heated incident during Austria’s 3-1 win over North Macedonia on Sunday night. Arnautovic came off the bench to score Austria’s final goal in their opening Euro 2020 match and the strike turned into a flash point in Bucharest.

The former West Ham forward, who now plays for Chinese Super League side Shanghai Port, rounded the goalkeeper and scored into an empty net to make it 3-1 in the 89th minute.

After putting the ball in the net he reacted angrily, turning to the North Macedonian players and screaming in their direction.

He was dragged away by his Austria team-mates, who tried to calm the 32-year-old down.

There were suggestions on social media post-match that racist language was used by Arnautovic, who has now taken to Instagram to address those claims.

While he was born in the Austrian capital, Vienna, Arnautovic is of Serbian origin – a country which has traditionally had tensions with nearby Albania and North Macedonia.

Some of the North Macedonian players are of Albanian origin and Koha has reported that this was at the heart of what Arnautovic shouted.

The outlet says he screamed, “I’m f***ing your Albanian mother” in the direction of Leeds United full-back Ezgjan Alioski, while there was also an exchange with Egzon Bejtulai.

Koha reports that Arnautovic, whose father is Serbian, made the slur in the language, believing that Alioski would understand him.