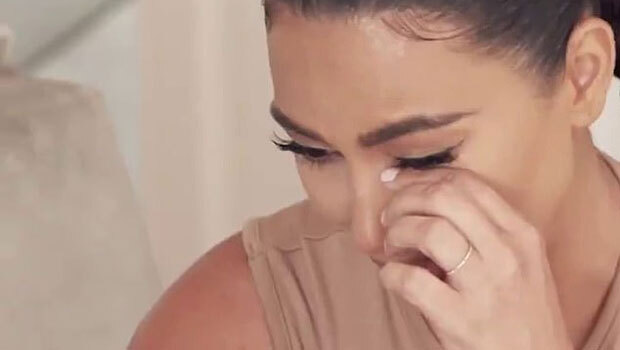 The Kardashians are shown letting their friends and crew members know that ‘KUWTK’ is coming to an end after 20 seasons in this new teaser clip.

While The Kar-Jenners announced in Sept. 2020 that Keeping Up With The Kardashians would be coming to an end after 20 seasons on E!, fans are going to get to see how the family came to make the heartbreaking decision. In a new teaser, Khloe Kardashian is seen saying how “exhausted” she feels having to tell her crew the news, as they have become her “second family.” Matriarch Kris Jenner second guesses herself on if it was right time to end the show when they did, and Kim Kardashian weeps over the decision. You can see the emotional clip here.

Kris is seen telling her family, “We all have to be on the same page because it’s such a huge decision,” about ending KUWTK, as Kim, 40, reveals in a confessional, “It was just the hardest conversation that we’ve ever had to have.” Khloe can be seen telling members of her crew, “I think of you guys as my second family.” She then in a confessional reveals “I feel so exhausted,” about having to break the news to all of her KUWTK employees.

Kim is shown in tears telling her good pal Simon Huck during a FaceTime conversation, “We ended Keeping Up With the Kardashians,” as he’s seen looking back in shock over their decision. Then Kris is seen getting emotional, saying over the phone, “It’s hard. It’s just hard,” with Khloe asking her mom “Oh my god are you crying again?”

The 65-year-old matriarch — who worked with Executive Producer Ryan Seacrest to create the show that debuted on E! in 2007 — seems to really be having a hard time with the series ending. The show helped her daughters become so famous that they were able to launch mega-successful business careers — with Kim becoming a certified billionaire in 2021 thanks to SKIMS solutionwear and KKW Beauty. But the series about the family’s wild antics, romantic lives and ride or die love for each other obviously has a special place in Kris’ heart.

“It’s just hard to think about the end,”  Kris revealed while in tears over dinner with her pal and Real Housewives of Beverly Hills star Kyle Richards. “So many things are ending. And I just keep asking myself, did we make the right decision?” Kris asks. The initial video aired on the show already, as seen in the above clip where Kris confessed that telling the crew the show was coming to an end was the “hardest thing I’ve ever done in my life.”

While the family is saying goodbye to KUWTK and E!, they aren’t leaving the small screen anytime soon. Hulu announced on Thursday, Dec. 10, 2020 that the Kardashian-Jenners will create exclusive content for the streaming service. “Announced today at Disney’s Investor Day, Kris, Kim Kourtney, Khloe, Kendall and Kylie will create global content, which will stream exclusively on Hulu in the U.S. and in multiple territories on Star internationally,” the company shared via Twitter. “Expected debut is late 2021 and additional details will be shared when available.” So while one chapter ends with KUWTK, another begins for the family on Hulu.

The Kar-Jenners are really saying goodbye to KUWTK once and for all on Fri. Apr. 23. Andy Cohen revealed via his Instagram stories that the show’s reunion, called The Final Curtain, was taping. He showed Kim in a red gown sitting on a white sofa with several of her sisters, while a glam squad worked on them. Andy also gave a mini-set tour where some of the iconic fashions from the show were displayed, while classic promotional photos were hanging on the walls. Andy promised of the series reunion 20 seasons in the making, “It’s a doozy. We are going there. No ground rules. Nothing’s off limits. It’s on!” for all of the questions he will be asking.