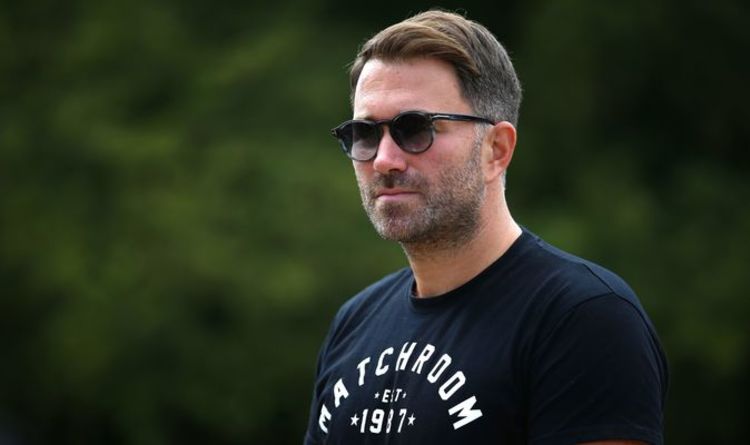 The highly-anticipated heavyweight unification bout between Anthony Joshua and Tyson Fury could be set to take place in Asia after a huge offer was tabled to host the event by an unnamed individual. The all-British fight has been in the works for some time, with Matchroom supremo Eddie Hearn claiming earlier this week that a deal had been signed and sealed pending confirmation of the date and the location.
Fury and Joshua currently hold all four major heavyweight titles between them, meaning that a bout would crown the first undisputed champion of the division since Lennox Lewis achieved the feat 22 years ago.

The location has proved to be a key talking point in recent months, with Saudi Arabia, Qatar and the United States all having been mentioned as potential destinations.

The former has regularly been tipped as the front runner due to its prior success in hosting the rematch between Joshua and Andy Ruiz Jr in December 2019.

However, it appears as though Joshua and Fury could end up facing off in Asia after Hearn received an unconventional offer from a wealthy punter in the Far East.

The Matchroom chief, who promotes Joshua, refused to go into detail on the latest development but claimed that the individual in question is more than capable of meeting the lofty financial commitments required to host a major world title fight.

JUST IN: AJ and Fury have secret exit clause which could derail £200m fight

“I had an approach yesterday [on Wednesday], not from the Middle East, but it was the most bizarre approach,” Hearn told the Daily Mail.

“I can’t say who it was, but it was from a very wealthy individual and he wants to do something very special. We’ve had 20 approaches for this fight but you know which ones are serious.

“But this one was just well out there. And it’s a realistic option, money is not an issue with this guy. Commercially it’s a bit strange, but it’s not about that. It’s a trophy asset to say: ‘this is the biggest event in the world’.

“That’s the mindset of an individual who wants to bring it to his own country. It’s not about selling tickets, it’s not about government investment… it would be him saying: ‘I’d be paying for it’.

“There’s a number for the fight, you hit the number, you get the fight and the number was not an issue for this individual.”

The Chinese enclave of Macau was previously touted as a potential location last year, but Hearn admitted that Wednesday’s offer was tabled from elsewhere on the Asian continent.

“Saudi have paid the site fee before, we’ve worked together before,” he continued. “It’s not complicated, it’s just about tying up the dates.

“But this offer is a bit different. All I will say is it’s in Asia, not Macau but not far away.”

Although the fight date is still uncertain, it has been suggested that the bout could take place in late June, early July, or even December.

Hearn addressed the speculation by confirming that the aim is to arrange a summer event, stressing that an end-of-year date is not being considered by any party.

“I see some of the comments saying the sites might prefer the fight in November or December,” he added. “But that is not what is on the table, that’s not what we are pitching.

“If the question comes back: ‘can we do it later in the year?’. The answer is no, that’s the date.”