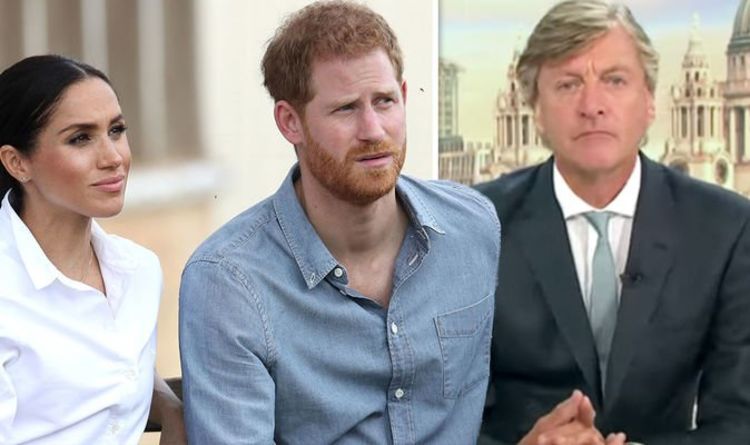 The First Amendment enshrined the constitutional rights to freedom of religion, freedom of speech, and a free press.

The amendment was adopted in 1791, eight years after Britain recognised the United States of America as an independent nation following the American Revolution.

Richard’s remarks about the Duke’s comments come after his words irritated some conservative American commentators, who view the First Amendment as an important part of their society.

Political commentator Jesse Watters told Fox News, “This guy complains about the press more than Donald Trump. Is he even really a member of the Royal Family? I didn’t think Royals were allowed to complain, no one else in his family complains about anything.

“I mean we learned about Great Britain. We go over there, we play along and we bow and do the whole thing – he never learned about the Revolutionary War?” 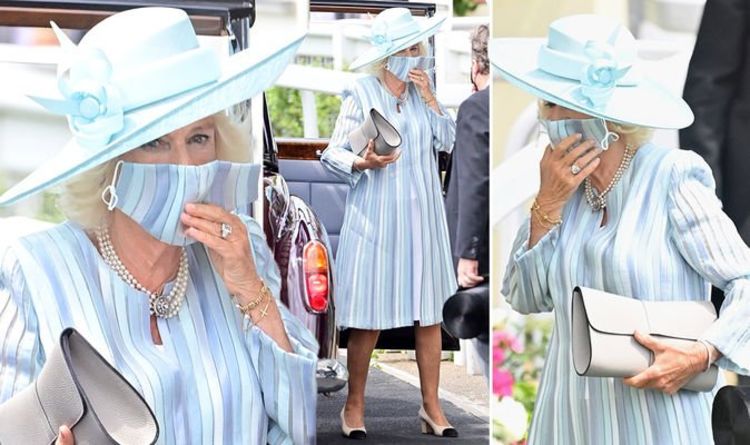 Camilla, Duchess of Cornwall was seen at the racecourse with her husband Prince Charles. The royals arrived by car rather than carriage as Queen Elizabeth II was not present. Camilla wore a stylish coat and appeared to hold her face mask instead of putting it on.

Camilla has often worn blue ensembles for royal engagements but it seems to be the first time she has stepped out in that particular number.

The coat had long sleeves and hidden latches which held it closed.

Camilla’s garment cut off at the knee and she appeared to be wearing a light blue skirt underneath.

She matched the coat to a blue striped face mask which she held in front of her face.

The royal opted to keep her legs bare and wore a pair of cream pumps with a notable black toe cap.

Camilla has worn the heels on many occasions and they are thought to be by designer Chanel.

She held a light grey leather clutch bag in her left hand.

In line with the Royal Ascot dress code, Camilla styled her look with a hat.

Camilla also wore a three string pearl necklace which is a piece of jewellery she is rarely seen without.

She sported the Four Strand Pearl Chokers with Diamond Clasps.

The chain is held up with four rows of pearls and has a central diamond clasp which is surrounded by three rows of diamonds.

The Duchess of Cornwall also had on her £100,000 diamond engagement ring.