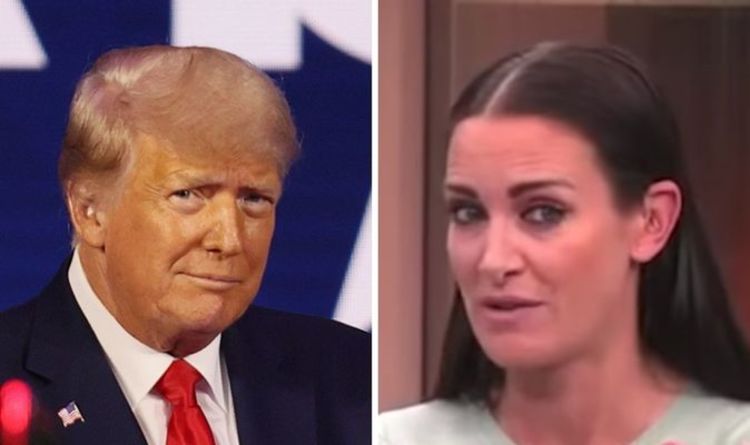 While Kirsty is not widely known for being outspoken, her opinions have become more pronounced since joining the GB News lineup earlier this year. The veteran broadcaster was announced as part of the new channel’s team in March. Many were familiar with her from her lengthy stint presenting Sky Sports News, a role she took on in 1998.

Others will know her as the daughter of Scottish golfing legend Bernard Gallacher who captained a string of Ryder Cup tournaments.

The golf has been a recurring theme in Kirsty’s life and something she speaks about at length in various interviews.

Nothing was different when she sat down with The Daily Telegraph last year and revealed snippets about her personal life.

She noted, however, that one famous Scottish course was no longer a favourite since it had been taken over by Donald Trump.

Kirsty told the publication: “In Britain, I love Gleneagles and St Andrews, the home of golf.

“I used to like Turnberry, before it was bought by Donald Trump.

“Going to St Andrews for the Open is always a wonderful experience.”

Trump bought the entire South Ayrshire complex, including the hotel, from Dubai-based group Leisurecorp in 2014.

This week, she found herself tangled in a row after a viewer accused her of condoning people not being allowed freedom if they haven’t had the coronavirus vaccine.

She and co-host Darren McCaffrey were discussing the rules around travel for British tourists going abroad when she made the suggestion.

One viewer quickly hit out and what they perceived as an “abhorrent” take on the situation.

“We’re perfectly happy for some people to be denied their unalienable civil rights & allow the creation of an apartheid state because I had the vaccine so I could go on f****** holiday.”

Kirsty shortly responded to what she believed was a misrepresentation of her words.

She replied: “I absolutely did not say that.

“Please get your facts right.”

“We were merely documenting the government’s proposal.

“I actually have strong views to the contrary.”

Kirsty is appearing on James Martin‘s Saturday Morning today which airs on ITV One at 9:25am. 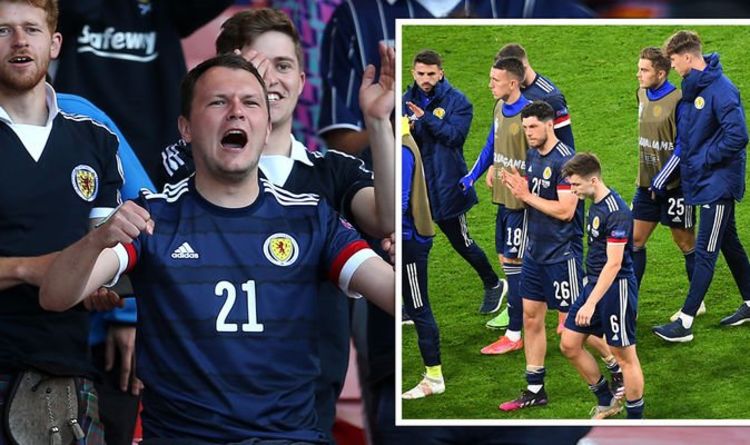 Sam Matterface was commentating on tonight’s game between England and the Czech Republic at Wembley Stadium.

However, he informed viewers of Croatia scoring a third goal at Hampden Park in Edinburgh to go 3-1 against Scotland and send them out of the tournament.

He then told viewers: “Scotland look like they’re going into isolation after all.”

This was in reference to Scotland midfielder Billy Gilmour, who was forced to enter isolation after testing positive for COVID-19.

England players Ben Chilwell and Mason Mount – teammates of Gilmour at Chelsea – have also had to isolate after coming into close contact with him.

One furious person tweeted: “‘And Scotland look like they’re going into isolation after all’.

“Who is this on @itvfootball?

“What way is that to refer to the Scots?!”

Another Twitter user commented: “Did Sam Matterface just comment that Scotland were going into isolation after their exit?

“He’s a crass enough football commentator without being a disgusting social commentator.”

And another said: “No respect!”

Gareth Southgate’s team beat the Czech Republic this evening with a 1-0 win, thanks to a first half header from Manchester City forward Raheem Sterling.

Scotland needed to beat Croatia at Hampden Park to qualify for the knockout stages after picking up a point in their first two games.

They had equalised just before half time in reply to an early first goal from the Czechs.

But they conceded two further goals in the second half to lose 3-1 and exit the competition. 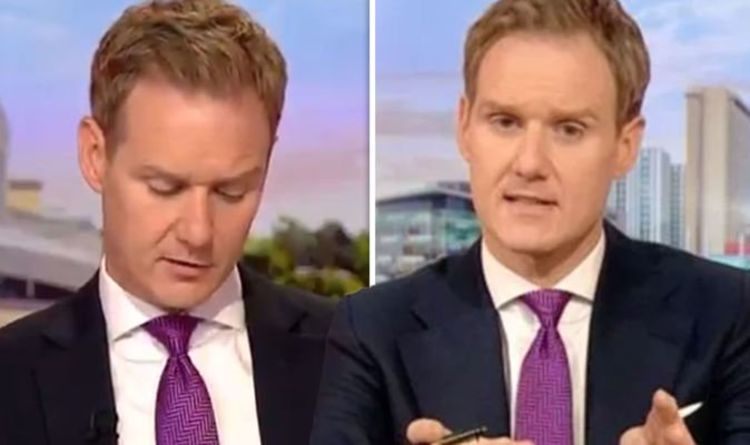 Dan tied the knot with his wife Sarah in 2001 after they met while studying at the University of Sheffield, and rarely shares insights into his home life.

The broadcaster is a father to three young children; son Joe, and two daughters Susanna and Jessica.

Elsewhere, Dan’s colleague and pal Louise Minchin announced she was stepping down from Breakfast after two decades.