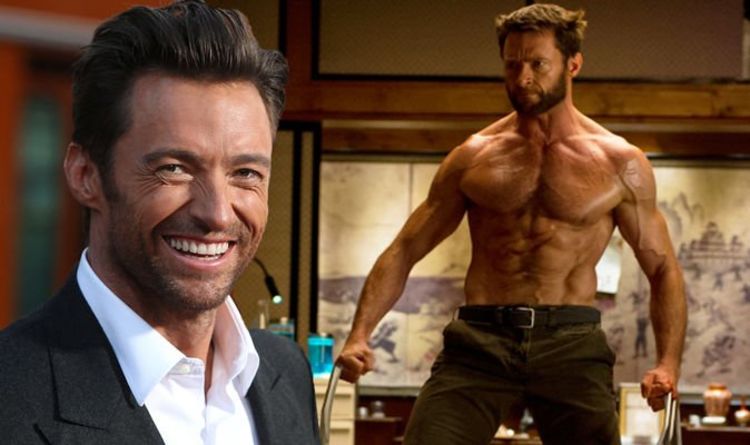 Hugh Jackman is the embodiment of Wolverine. The X-Men character enjoyed three X-Men films with Fox, before going on to appear in the three-follow-up movies in a separate timeline. Jackman then finished off the iconic Marvel character’s journey in some solo films, X-Men Origins: Wolverine, The Wolverine and Logan. Although the latter movie killed off Jackman’s version of the character, his return may be right around the corner, bringing him face-to-face with the Avengers.

The Aussie actor started by reposting some concept art of Wolverine’s arm from renowned artist Bosslogic.

The star, who has not mentioned Wolverine since his version died in 2017, then followed up with another photo.

He posted a snap of himself with his arm around Marvel Cinematic Universe maestro Kevin Feige – the orchestrator of the entire MCU timeline.

Jackman’s portrayal of Wolverine changed even the comic book version of the hero, so his presence in the MCU would be huge for fans of the franchise.

What’s more, considering Fox – and its various X-Men films – was recently purchased by Disney, the previous version of Logan could indeed be brought into the ongoing MCU.

He could be an entirely new version of the character or a revival of the previously deceased hero.

According to noted leaker Grace Randolph, Feige has been looking to bring Jackman back onto the scene for some time.

What do you think?

Should Hugh Jackman join the MCU as Wolverine?

Join the debate in the comments section here

Jackman said: “The Avengers would prove too much to turn down.

“I always love the idea of him [Wolverine] within that dynamic, with the Hulk obviously, with Iron Man but there are a lot of smarter people with MBAs who can’t figure that out [laughter].”

He added: “You never know. At the moment, honestly, if I really did have them there, I probably wouldn’t have said this is the last [about Logan].”

Jackman then spoke about Logan being the last time he would play Wolverine, adding: “It just feels like this is the right time.”

Although Jackman would have once wanted to get involved with both Iron Man and Hulk, these characters are no longer what they once were.

Has Logan lost his chance of joining up with the Avengers are they once were?

The X-Men and Wolverine films are available on Disney Plus. 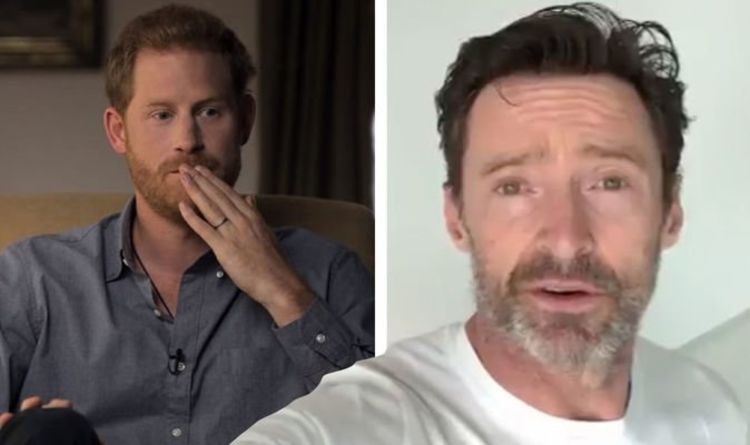 “I know I’m not alone and more important, to all those like me who over schedule, overthink, overwork, over-worry and over-everything, please know you’re not alone.”

The Deadpool actor concluded: “We don’t talk enough about mental health and don’t do enough to destigmatize talking about it. But, as with this post, better late than never, I hope…”

Anxiety is a mental health disorder “characterized by feelings of worry, anxiety, or fear that are strong enough to interfere with one’s daily activities,” according to the Mayo Clinic. 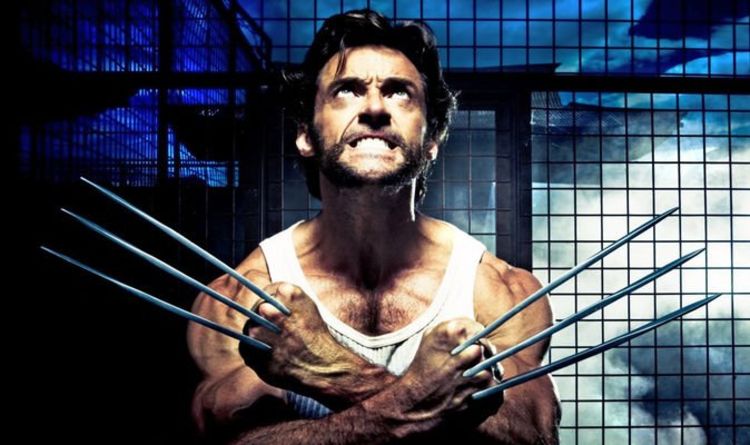 Back in 2017, Hugh Jackman bowed out as Wolverine for the final time in Logan. Since then Disney have bought the rights to Fox including those for the X-Men. And even before Evan Peters turned up in WandaVision fans have been speculating that other Fox superhero actors could be about to enter the MCU.
After all, rumours are rife that Tobey Maguire and Andrew Garfield are reprising their Sony Peter Parkers opposite Tom Holland in Spider-Man: No Way Home this Christmas.

While next year sees the release of Doctor Strange in the Multiverse of Madness.

Allegedly, the 52-year-old wasn’t open to proposals at first as he doesn’t want to undermine the epic conclusion that was Logan, in which Wolverine died.

Well, insiders claim Jackman is now open to at least reading a script after Marvel boss Kevin Feige reassured him this wouldn’t be the same Wolverine as Logan, but another one from across the multiverse.

Perhaps a little like how Evan Peters’ Quicksilver in WandaVision turned out to be some guy called Ralph Bohner – well for now anyway.

The outlet was told that if Jackman returns as this alternate Wolverine to the MCU, then the studio would like him to feature in Deadpool 4.

After all, Ryan Reynolds is continuing as the Fox character and in the past he had hoped to make a movie with the Aussie star’s clawed superhero.

Speaking with Digital Spy, Sir Patrick said: “I met with Kevin Feige a couple of months ago and we had long, long conversations.

“And there have been moves and suggestions, which include Charles Xavier.

“Here’s the problem… If we had not made Logan, then yes. I would probably be ready to get into that wheelchair one more time and be Charles Xavier. But Logan changed all that.”

But what if Jackman could be persuaded too? Maybe Sir Patrick would be convinced to come back with him if his character was an alternate one as well.

To add to all this there’s been rumours that the returning Sony villains in Spider-Man: No Way Home like Alfred Molina’s Doc Ock and Jamie Foxx’s Electro similarly look the same as those we’ve seen before, but are in fact alternate versions of their original characters.

This would help explain why they, like Wolverine and Professor X in Logan for example, aren’t dead anymore.

Whatever the case, our best theory is that Marvel Studios are indeed attempting to top Avengers Endgame by having an Avengers 5 based on Secret Wars.

We reckon this would be a multiverse movie where you see say all the Spider-Man actors together alongside different incarnations of other characters which we hope will include some Fox characters too. 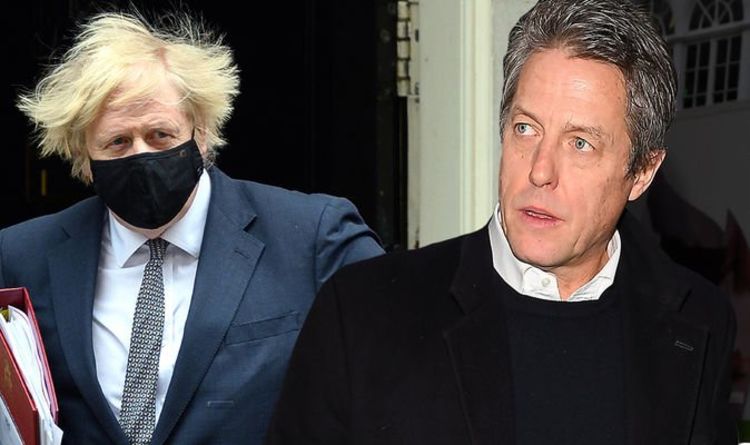 Hugh Grant, 60, has accused the government of using the Covid-19 pandemic as an opportunity to brighten the horizons for their friends and donors, in a searing Twitter statement. The famously Left-wing actor has continually criticised the Conservatives throughout the coronavirus pandemic.
The film star did not hold back on his thoughts toward the government’s handling of lockdown, as the Labour supporter accused them of profiting off the situation.

Hugh shared a report about an IT company that was allegedly paid millions across multiple coronavirus contracts and has “extensive links to the Conservatives”.

A tweet in the thread explains: “Softcat Plc are an IT Infrastructure / Services Company awarded £16.2m since Feb 2020 over 11 different Covid-related agreements.

“These range from work in the health service to supporting the Student Loans Company & DWP.”

When approached by The Independent for comment, a Cabinet Office spokesperson said: “Non-Executive directors declare any relevant interest upon appointment, which are transparently published annually, and they follow the Code of Conduct for board members of public bodies.

“Their independent advice brings an external perspective to scrutinise the business of government and ensure value for taxpayers’ money.”

The Four Weddings and a Funeral star has frequently condemned the government for its handling of the ongoing coronavirus crisis, that has seen the country face three national lockdowns.

Last May, he shared a clip taken from ITV daytime programme This Morning, which saw presenter Phillip Schofield asking Health Secretary Matt Hancock whether he was actually saying that people could see their two parents separately 10 minutes apart, but not together under new lockdown guidance.

Before Covid-19 even began to spread in the UK, Hugh said the result of the December general election was a “catastrophe”.

He also claimed the UK would be now  “finished” as a result.

Hugh has passionately campaigned for Labour and the Liberal Democrats over the years.

Express.co.uk has contacted Softcat PLC and the Conservatives for comment.