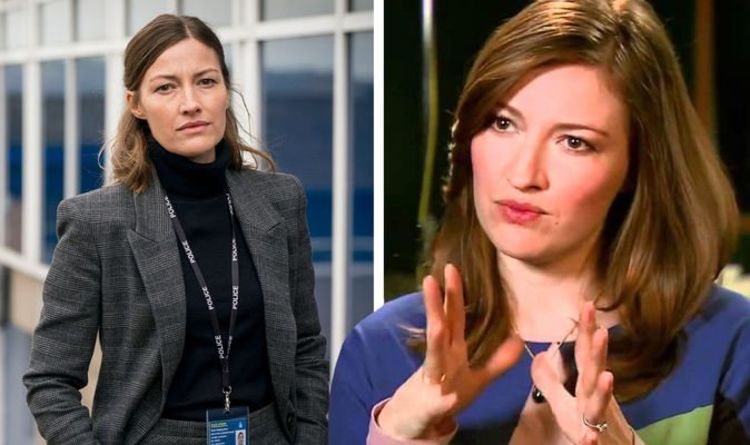 Kelly Macdonald, 45, takes centre stage in the latest series if the highly-anticipated police drama of Line Of Duty, as Senior Investigating Officer DCI Joanne Davidson, whose unconventional behaviour attracts the attention of the notorious anti-corruption unit 12. While fans eagerly await season six that begins next Sunday, the actress revealed she had a “real issue” with this latest role before she accepted it.
Speaking of her debut as a suspect of corruption in a recent interview, Macdonald noted that there were couple of things she was worried about that almost made her turn down the opportunity, as her nerves nearly got the better of her.

She thought that Keeley Hawes, who portrayed DI Lindsay Denton in the second and third series was “remarkable”, and her predecessor managed to settle some of her anxiety; talking her “down from the ledge” by exchanging messages.

“Talk about a big act to follow!” she laughed.

“It’s a horrible thing to ask of someone!”

Upon accepting the role, surprisingly the 45-year-old hadn’t watched a single episode of the hugely successful gritty drama.

“I’ve not watched lots of things! I saw bits of it on Gogglebox and of course I was aware of its success,” she explained.

“I got halfway through season four and stopped because it was getting too close to the start of the shoot.

“I was getting proper nerves and watching Thandie Newton wasn’t making it easier!”

The new season of the police corruption thriller welcomes back the main cast including Compston, Vicky McClure as DI Kate Fleming and Adrian Dunbar as Superintendent Ted Hastings.

Since its debut in 2012, it quickly became one of the most watched dramas in Britain, with only one question at the forefront of every viewer’s mind – who is the final member of H?

Kelly Macdonald discusses more things Line Of Duty in her full interview which is available to read now in Radio Times.

The latest series of Line Of Duty begins on Sunday at 9pm on BBC One.