We know we’re risking the ire of several hundred very cross Sega Master System fans by saying this, but we have to be blunt — the original Alex Kidd in Miracle World, while inarguably an important and formative classic, is and always has been an exceptionally flawed game. Don’t get us wrong, there’s plenty to like and a surplus of charm present in its curious world, but mechanically and structurally there’s a lot to be desired. Gotcha traps, luck-based design, missable key items and localisation issues rendering puzzles near-unsolvable? It’s issues like these which make it something of a perfect candidate for a remake. Elevate the features that people enjoy (level design, visuals and soundtrack, shopping/inventory system) and iron out or fix the ones that they don’t. It’s a no-brainer! 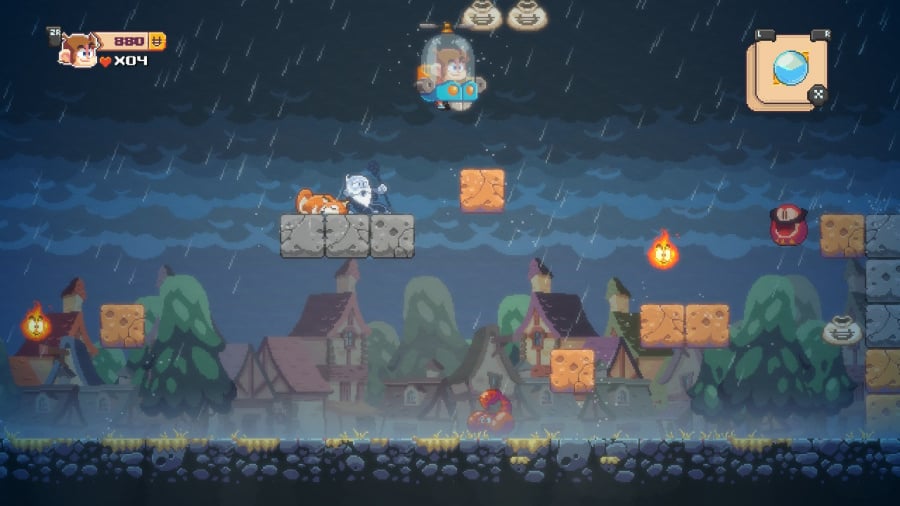 Why, then, does Alex Kidd in Miracle World DX seem to double down on the more unfriendly elements of its source material while doing next to nothing to update them? It’s a truly odd decision that results in an experience that will irritate long-time Miracle World fans while doing nothing to bring new people into the fold.

Rather than accentuate the negative (for now), let’s talk about what Alex Kidd DX does well. For a start, it’s absolutely gorgeous, with vibrant and enjoyable pixel art bringing the world of Radaxian to life as it’s never been seen before. Familiar stages are given a beautiful lick of paint, creating something that’s recognisably Miracle World but with a contemporary look. It may irritate some purists, but there’s plenty of character in the reworked sprites, even if it’s not quite the same character as the Master System original. The same, unfortunately, can’t be said for the new map and character artwork. There’s nothing essentially wrong with it, but it’s somewhat generic in a way that the sprites certainly aren’t.

The soundtrack has survived the remake, to a point, though it’s worth noting that there weren’t many songs in the original Master System title anyway. They’re all here in new arrangements and with a handful of new songs to boot — which, in a nice touch, have equivalent 8-bit versions available if you switch to “Classic mode” mid-game by holding ZR, akin to the Lizardcube remake of Wonder Boy: The Dragon’s Trap. 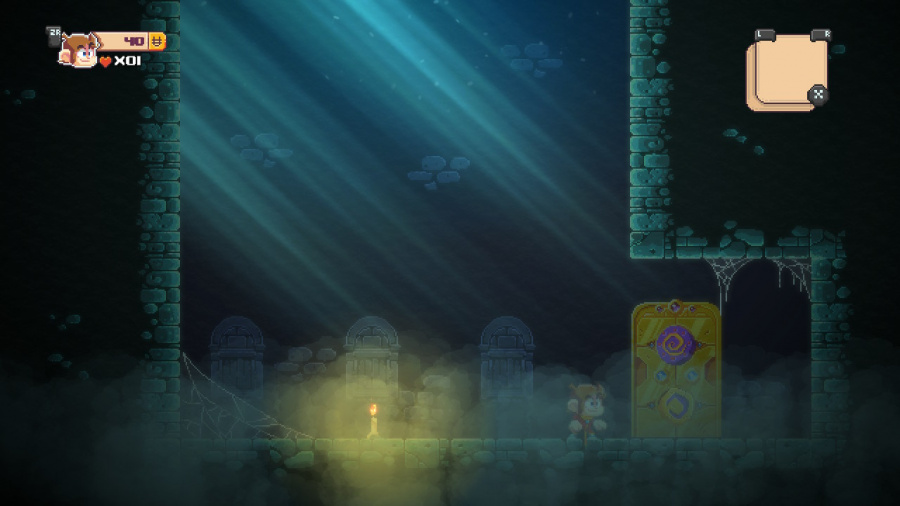 Said “Classic mode”, however, flags up a major issue for series stalwarts: it’s not ‘right’. At a glance, yes, it looks the part, but if you’re familiar with Alex Kidd in Miracle World you’ll quickly realise that it’s not at all faithful to its game feel. Alex just doesn’t feel right moving around and the sound effects are routinely just… wrong. It’s bizarre and we can’t imagine why it turned out this way given that M2’s Sega Ages version of the same game is spot on.

Let’s talk about the aforementioned issues. The most prominent that comes to mind is the retention of rock-paper-scissors as the principal ‘boss battle’ mechanic. Now, we hear you cry, that is exactly what was in the original game. You’re quite right! It was. And, like here, it was primarily a luck-based system. Pick rock, paper or scissors and hope you win. Get it wrong twice and you die. Life lost. Yes, you can memorise the order of the games. Yes, you can locate a Telepathy Ball that lets you read the minds of opponents, but you lose it when you get a Game Over, and you will get a Game Over. And every time you do, you’ll receive a suggestion to pop into the Options menu and give yourself infinite lives, which we have to admit got more and more compelling as the game wore further and further through our patience. But it’s a crutch; a way to paper over cracks that we’d suggest should have been removed in the development stage. 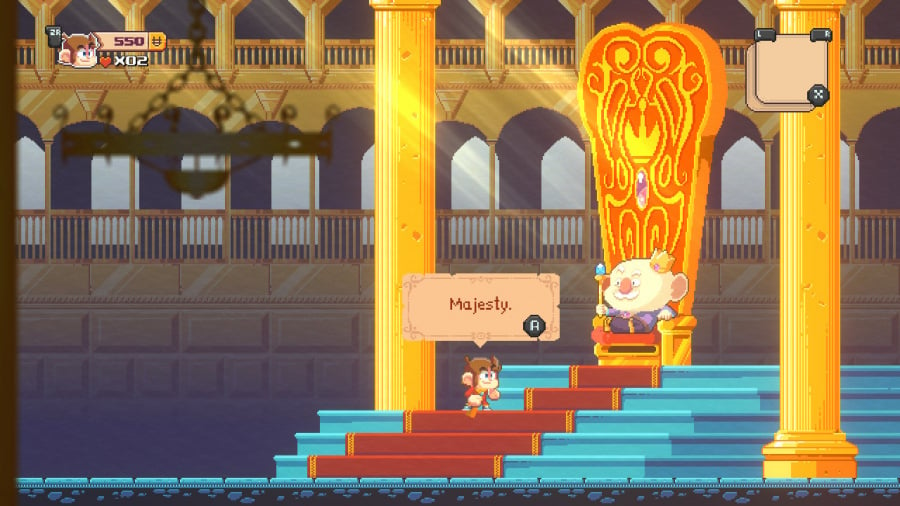 On one hand, it’s a little churlish to criticise Miracle World DX for being too much like Miracle World. After all, a good remake should be evocative of that original experience. We feel in this case, though, that too little has been updated outside of the aesthetics, resulting in an experience wherein the visuals and the moment-to-moment gameplay feel somewhat mismatched almost all the time, which means we never quite felt comfortable controlling Alex.

The changes that have been made feel universally detrimental, though in a way that we can sort of see the reasoning behind them even if the outcome hasn’t been a great one. For example, in the early-ish game there’s a boss battle with an angry bull. In the Master System game, this was simplistic in execution; you simply punch the bull when it approaches you, causing it to be knocked back before coming at you again, this time a little faster. It’s very, very basic, but it’s also quite tense and exciting — it’s a pure test of reactions and lasts less than thirty seconds. In the remake, it’s been changed to a much more traditional sort of thing where you need to jump over the charging bull so it rams into the opposite wall and becomes stunned, allowing you to attack it. Isn’t that just… worse? For no reason? What was wrong with the original approach? Other boss battles have been changed to similar, more routine fights. The tension of the forest boss, for example? Gone. 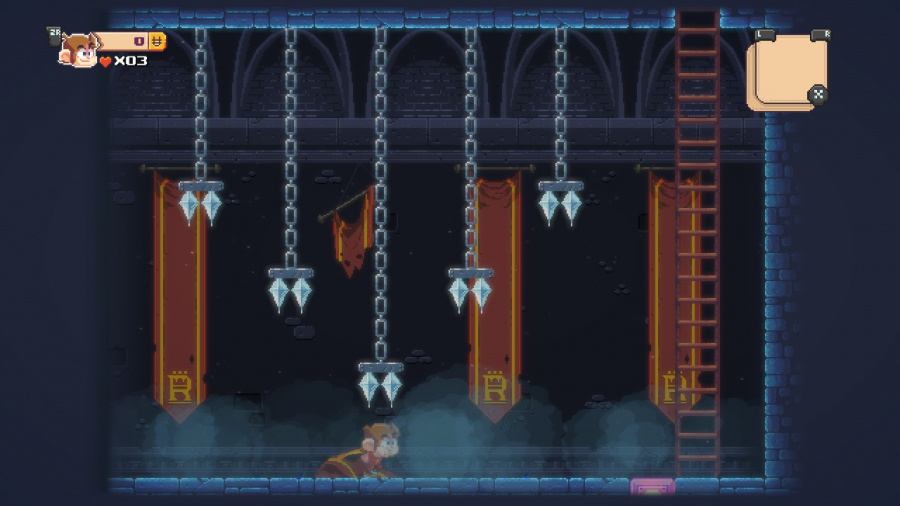 There are new levels added here and there, and they’re fine. Mostly, though, they have the (presumably unintended) effect of reducing environmental variety — there’s now a second, nearly-identical volcano stage right before the original volcano stage. A later stage outside Janken’s fortress, though, is very cool and great addition, so it’s a bit of a mixed bag.

You unlock a couple of modes on finishing the game, but they’re not super interesting: there’s a Boss Rush (which inexplicably includes the rock-paper-scissors challenges, too) and a full Classic Mode, but this, again (and bafflingly), still isn’t the original game. We initially assumed it was the Master System ROM running in a wrapper but it’s not and it still doesn’t quite feel right. The Sega Ages version is, again, right there on the Switch eShop.

We can’t pretend this isn’t a disappointment. After promises of updates and improvements to this classic title, what we’ve got is something that we’d honestly not recommend to either prospective new fans or enthusiasts of the original Alex Kidd. We’re inclined to think this may have been something of a rushed release, but that’s pure speculation based on some of the more lax features (there’s a lot of new dialogue but almost all of it is awkwardly written, with typos and errors). Alex Kidd in Miracle World DX is not horrible by any means, and you might have fun with it until you run up against its irritating issues — unless you use infinite lives, in which case you’ll finish the game in two hours, tops. If this was supposed to be Alex Kidd’s big comeback, we’re sad to say that we don’t think we’ll be seeing that Alex Kidd: High-Tech World remake any time soon.