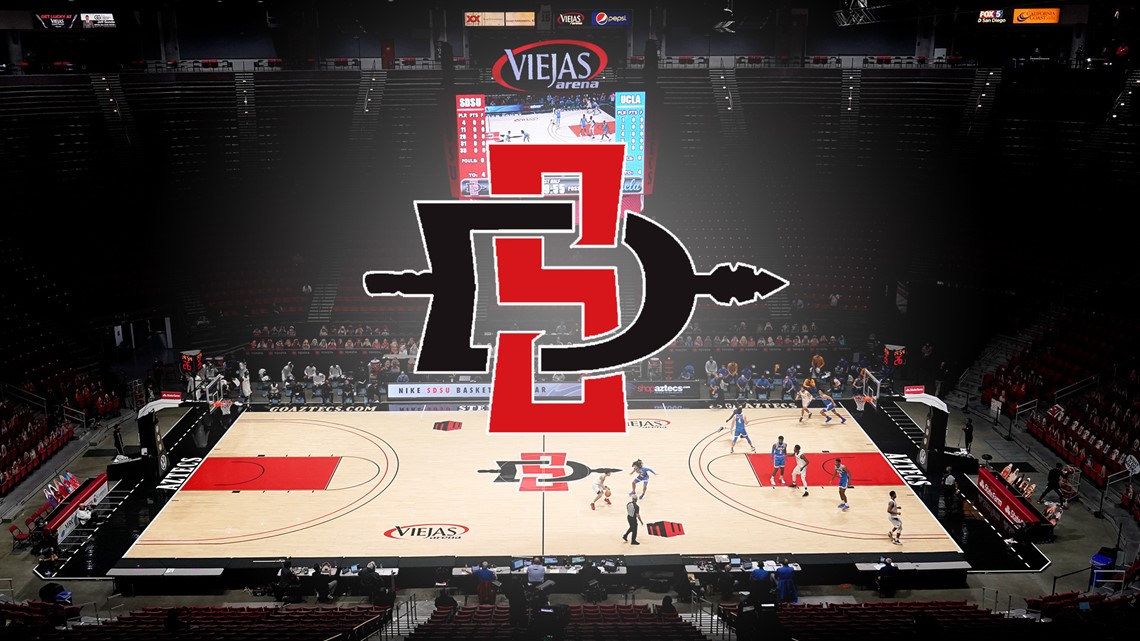 SAN DIEGO — The #19 ranked Aztecs knocked off Utah State in the Mountain West Conference tournament. The win gives the Aztecs an automatic bid to the NCAA tournament. The Aztecs finished the regular season and conference tournament with a 23-4 overall record.
Matt Mitchell scored 14 points to lead No. 19 San Diego State to a 68-57 victory over Utah State in the Mountain West Tournament championship game.
The Aggies had beaten San Diego State in each of the last two tournament championship games. The Aztecs, who also won the regular-season championship, had lost six of their previous seven title game appearances.
With the league’s automatic bid, the Aztecs return to the NCAA Tournament for the first time since 2018. It marked just the fifth time the No. 1 seed won the title in 22 years.
Watch: San Diego State men’s basketball now rated 19th in the nation 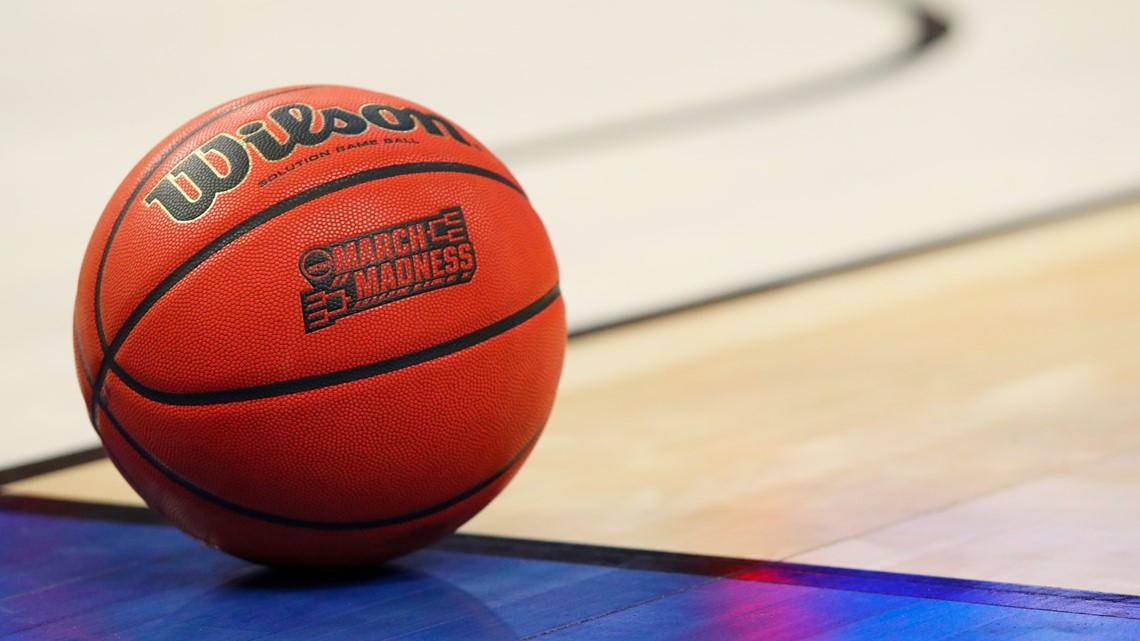 March Madness will tip-off next week with COVID-19 safety measures and a tournament schedule that’s different than previous years.

WASHINGTON — As the coronavirus pandemic ramped up last year, college basketball’s signature event ultimately ended up being canceled due to COVID-19. Now one year into the pandemic, the NCAA basketball tournament is back and quite a few things are being done differently to mitigate the virus risk across March Madness.

When NCAA President Mark Emmert announced 2020’s tournament would be canceled, the pandemic was evolving fast and vaccine hopes were still in their infancy. Fast forward 12 months, and with the U.S. vaccination campaign well underway, glimmers of normalcy are slowly coming back, including in the world of sports.

When does March Madness 2021 start?

The 68-team tournament field will be unveiled on Selection Sunday, March 14, at 6 p.m. Eastern. The First Four tournament starts at 4 p.m. Eastern on Thursday March 18, 2021.

Will there be changes regarding how teams are selected?

This year’s NCAA Tournament will be played entirely in and around Indianapolis due to COVID-19 restrictions. That change means there won’t be the typical geographical regions in different parts of the country. It also means the selection committee is changing how it fills out the 68-team field.
Typically, the committee takes into account not only how good a team is but also where they are geographically located. The idea is to put them in a region where they will play relatively close to their hometown.
With everyone playing in Indianapolis this year, the NCAA is doing away with geographic considerations. It is employing what is calls an “S-curve.”
Selection Sunday could prove to be one of the most controversial ever. Teams will face the tournament selection committee, who have to make decisions not only based on performance, but also on virus interruptions and safety protocols.
ESPN college basketball analyst Jay Bilas recently said, “I do think we have more mistakes this year, but I also expect everybody to be more tolerant because how many years can you say, ‘This has been the hardest year because of coronavirus?’ We’re lucky to be playing.”
RELATED: March Madness: What is the S-Curve being used to seed teams in 2021?

Games in Indianapolis will be played on two courts inside Lucas Oil Stadium as well as at Bankers Life Fieldhouse, Hinkle Fieldhouse and Indiana Farmers Coliseum. Mackey Arena located in West Lafayette, just north of the capital, will host games too, as well as Simon Skjodt Assembly Hall in Bloomington, which is just south of Indianapolis.
Only one game at a time will be played at Lucas Oil Stadium, despite there being two courts.
Last month, the NCAA announced it will allow up to 25% capacity at all the March Madness venues. That total includes all participants, essential staff and family members of each participating team’s student-athletes and coaches, and a reduced number of fans.

The overall tournament schedule has been shifted a bit for 2021.
In recent years, the First Four would take place on Tuesday and Wednesday, followed by the First Round on Thursday and Friday, and the Second Round on Saturday and Sunday.
This year, the First Four will feature one day of action on Thursday, March 18. Then, the First Round gets underway on Friday, March 19.
The schedule for the 2021 games:
College basketball fans will be able to stream all of the games online this year at NCAA March Madness Live.
RELATED: NCAA teams to wear contact tracing devices during March Madness

What happens if a team gets COVID during March Madness?

A handful of teams had to drop out of their conference tournaments because of positive COVID-19 tests. If that happens during March Madness, teams would be eliminated from the tournament.
The NCAA detailed in its contingency plans that after the tournament field is unveiled, if a team has to drop out another team can replace then before the games begin.
However, once the tournament gets underway, there will be no replacement teams. Those with COVID-19 issues would be forced to withdraw and their opponent would advance to the next round via the no-contest rule.
RELATED: March Madness 2021: Download printable brackets

The 68-teams will be revealed on Selection Sunday, in the meantime you can click here or below to download a blank printable bracket to fill out for March Madness 2021.