LONDON, June 8 (Xinhua) — A book introducing the history of the Communist Party of China (CPC) has been published in Britain, marking the centenary of the party.

The Communist Party of China: A Concise History was published in English by ACA Publishing Limited on July 1. The content of the book is consistent with the Chinese version, which succinctly describes the extraordinary achievements and experiences of the CPC over the past century as it led the Chinese people and steered China towards national rejuvenation.

“It offers readers the CPC’s official account of its own dramatic history — a narrative key to understanding the politics and policies of China in the 21st century,” its online edition introduction reads.

Martin Savery, editor-in-chief from ACA Publishing Ltd., told an online meeting “Film and Book: A Look into the Centenary of the Communist Party of China” held on Thursday, that the book is the latest in a series of party histories published in Chinese by the People’s Publishing House and its translation was done by a team of six translators.

James Trapp, one of the six translators, said it was a privilege to be involved in the translation of the book and hopes the work can help Western readers properly understand China and the CPC.

“The great significance of this work is the opportunity it gives politicians, historians, sinologists and the general public to see directly into the workings of the government of this extraordinary country China, and to understand the way it sees internal and external events and how it reacts to them,” said Trapp.

Also at Thursday’s meeting, British film publisher Trinity Cine Asia announced that the historical movie “1921” — which concentrates on the history of the first CPC Congress — is scheduled to be released in cinemas across Britain and Ireland starting Friday.

Xue Ling, director of China National Tourist Office in London, applauded the coincidental launch of both the book and the film, as “the book could provide further reading for those feeling not enough only with the film or for those who want to go deep into the history after watching the film.” Reach All Your Key Audiences With Our World’s Leading Newswires 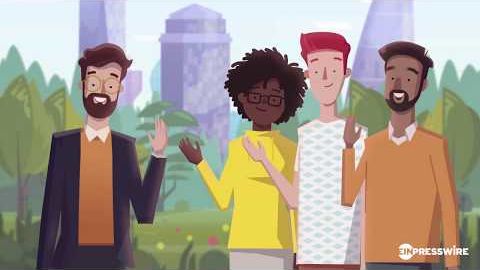 EIN Presswire is Everyone’s Internet News Presswire™, and we are the world’s leading online newswire and news distribution service.

Our technologically advanced distribution systems help clients reach all their key audiences – including journalists, researchers, industry professionals, decision-makers, and the public that all go online looking for news of interest.

Unlike other distribution services, EIN Presswire offers inexpensive press release distribution options – great for any budget. Pay-as-you-go, or choose one of our cost-effective packages. With EIN Presswire, there’s never a membership fee.

And, PR Agencies, please note, you may buy bundles of credits to use for your clients! 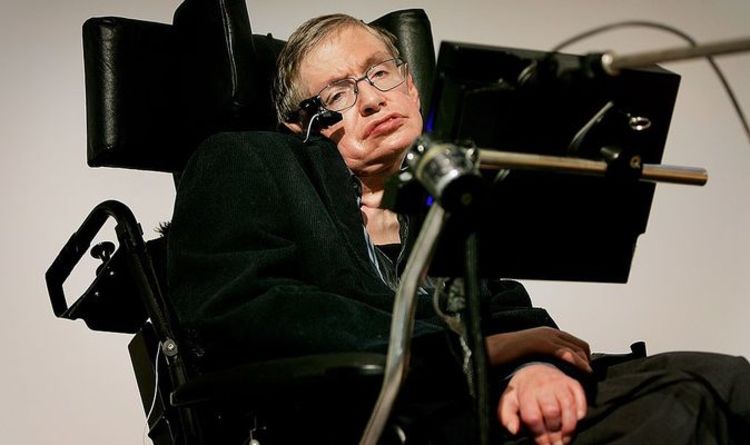 Prior to his death on March 14, 2018, the English theoretical physicist created a theory that changed the way we think about the universe. Working with Belgian professor, Thomas Hertog, from the Katholieke Universiteit Leuven (KU Leuven), Hawking theorised that our three-dimensional reality is an illusion.
Put simply, Professors Hawking and Hertog speculated that all information in the universe is stored on a flat 2D surface and our so-called “solid” world around us is then projected from that information.

Back in 2018, Professor Hertog said: “It’s a very precise mathematical notion of holography that has come out of string theory in the last few years, which is not fully understood but is mind-boggling and changes the scene completely.

Published a month after his death in the Journal of High Energy Physics, the theory is compatible with eternal inflation and Einstein’s theory of General Relativity.

Defining what makes a hologram, Professor Hertog explained that it can be viewed as a kind of dimensional change.

Professor Hertog added: “It’s a theory that envisages a beginning to the universe where time is not present but our notion of time crystallises.

“And it’s saying that time is fundamentally coming out of some other state for which we have no words.

“Some very abstract timeless state – that’s the best we can do.”

His final published theory is not the first to imagine the universe as a form of pseudo-existence as theories have arisen over the last few decades indicating that humanity is living in a ‘Matrix-like’ simulation. YOUR daily newspaper should be published and delivered as normal on the May Bank Holiday Monday.

The Sun will be bringing you all the latest developments so you can keep up with events from home and abroad.

Are newspapers published on May Bank Holiday Monday?

The short answer is that the presses will run normally and you’ll be able to keep up with all the national and international news.

Barring any publishing difficulties all the daily national newspapers, including The Sun, should be available to buy on the May Bank Holiday Monday.

Rest assured national newspaper journalists will be working away so news hounds will be able to keep up with all the latest news in current affairs, sport and showbiz.

Are newspapers delivered on May Bank Holiday Monday?

They should be delivered as normal even though it is a bank holiday.

Some smaller newsagents may not provide their usual delivery.

It is best to check with your local retailer to make sure they are open and providing the service.

Where can I buy newspapers on May Bank Holiday Monday?

Most usual outlets will be open as normal, although some places may alter their opening times.

It’s best to check with your local shop just to make sure though.

You can check on the opening times of the main chains here.

Opening times will vary between stores.