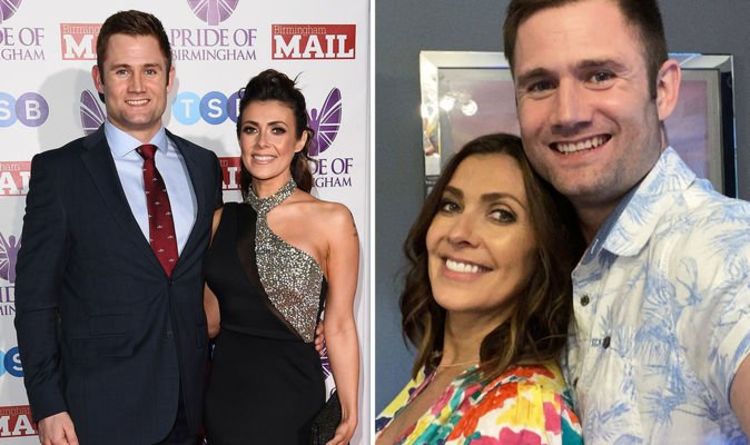 Kym Marsh, 44, said she is “over the moon” after the 32-year-old Army Major asked her to marry him. She told OK! Magazine: “I can’t believe it. It’s been the best birthday surprise ever. I can’t stop smiling.” The couple have been dating since 2018 after being introduced by mutual friend Antony Cotton.

The ex Coronation Street star teased fans with “exciting news” on her Instagram page ahead of her announcement this evening.

She could be seen beaming for the camera as he husband-to-be took over camera duties.

In view of her 478,000 followers, she commented: “Some really exciting news to tell you, swipe up!”

The actress previously said he believes the pair were “made for each other”.

Kym sadly lost her fourth child Archie, who she shared with Jamie, in 2009.

The actress became a grandmother for the first time back in 2019 after her daughter Emily gave birth.

At the time, Kym shared a picture of the newborn’s hand touching hers.

She captioned the post: “Last night was a night I will never forget. I became a “Loli” for the first time!!!