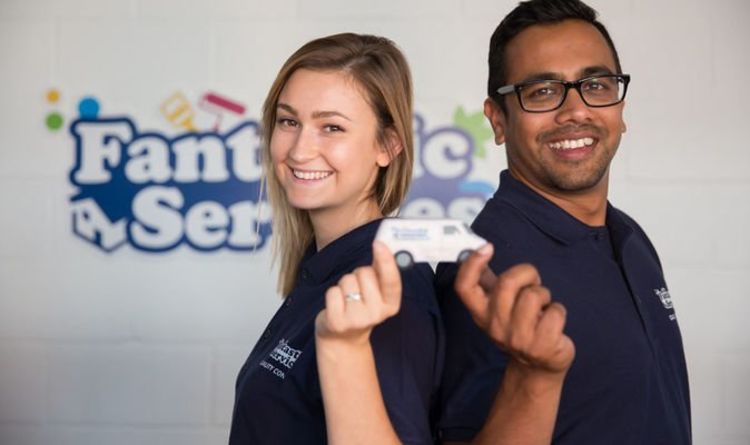 Although the pandemic has changed the business landscape with many more firms struggling as recovery begins, demand for property-related services has boomed. Fantastic Services, which covers cleaning, gardening, handyman, pest control and removals, has expanded into 20 new areas in the past year.

The company’s grant initiative plans to meet the initial expenses for starting a home services business. Prime clients are those who have lost their job, the self-employed or those experiencing business struggles due to coronavirus.

Rune Sovndahl, the co-founder and board chairman, added: “Since the start of the pandemic, we have looked for ways to give back to the community, offering free services to NHS and frontline workers. With the new grant programme, we provide a viable alternative to employment through franchising and help anyone restart their career or business in a high-demand sector.”

The Fantastic Services grant programme is suitable for tradespeople, technicians with experience in the services sector and people who are looking to change industries and will bring customer service skills to the table.

Franchisees can work on-site along with their team or manage several local ones in London and other areas across the UK. It’s geared for local service providers or self-employed tradespeople who offer one or a selection of services.

HQ’s emphasis is on generating sales leads leaving franchisees to deliver the service. The company says it has invested £20m in bespoke technology platforms to streamline the booking process and work allocation.

For more information and an application form, visit https://fantasticfranchise.com/fantastic-grant. Wood said she had held discussions with Hwang about U.S. stocks and, in particular, the media sector back in 2013.

“He did provide the seed for our first four ETFs and we were very grateful to him. It was at a time where market makers were sick of seeding new strategies,” she said in the CNBC interview.

Archegos Capital Management, the New York investment fund run by former Tiger Asia manager Hwang, was preparing for insolvency as banks involved in financing its trades seek to recoup some of their losses, according to a Financial Times report earlier this week.

Archegos fell apart in March when its debt-laden bets on stocks of certain media companies unraveled.

Wood said she had not spoken to Hwang recently.

“I sent him a note after I heard about the unfortunate events that we’ve all witnessed and I’m wishing him well,” she told CNBC. 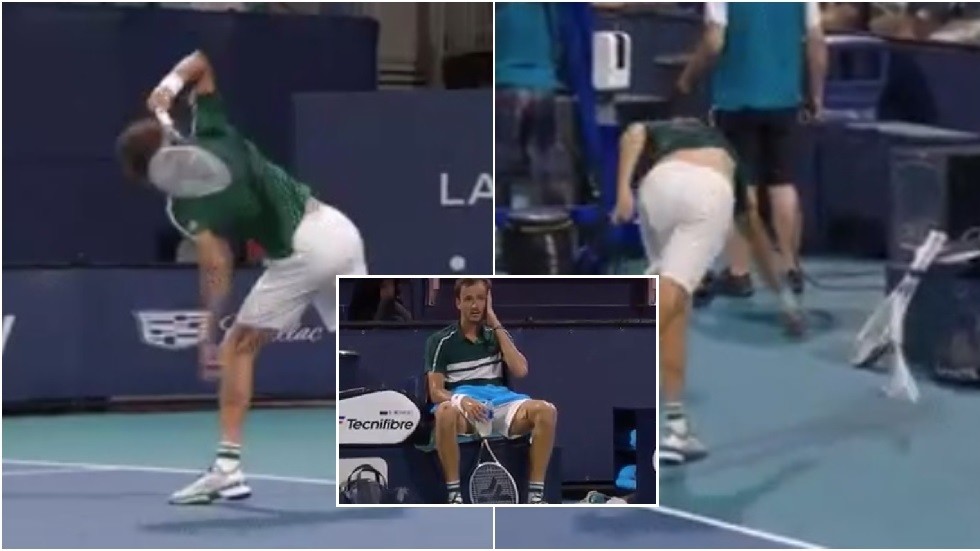 Russian world number two Daniil Medvedev obliterated his racket not once but twice on the way to defeat against Spain’s Roberto Bautista Agut in their Miami Open quarter-final.

Continuing his winless run against the veteran Spaniard, Medvedev slipped to a third defeat in meetings with Bautista Agut as he went down in straight sets 6-4, 6-2.

Medvedev had spoken beforehand of the danger posed by the number seven seed, praising him as a “hell of a player” and claiming it was something of a puzzle as to why the 32-year-old was not ranked higher.

Medvedev again could not find the answer to the conundrum, and despite a tight opening eight games in the first set, Bautista Agut broke through at 5-4 before serving out the set.

The second set was more straightforward as the Spaniard took an early lead and continued to counterpunch his way to victory against his big-hitting rival.

Medvedev was clearly feeling the heat, at one stage hammering his racket into the ground before continuing to take his frustrations out on the already-mangled frame.

After recently ascending world number two – the first new name in the spot outside of the ‘Big Four’ of Roger Federer, Rafael Nadal, Novak Djokovic and Andy Murray in more than 15 years – Medvedev let an opportunity slip to consolidate that spot and claim a maiden title in Miami.

Instead, the 32-year-old Bautista Agut remains in the hunt for a first ATP Masters 1000 title, and will meet Italian teenage sensation Jannik Sinner in the semi-final.

Sinner overcame Kazakhstan’s Alexander Bublik in straight sets in their quarter-final, and also defeated Bautista Agut two weeks ago in their round-of-16 meeting in Dubai.

Bautista Agut said after his victory over Medvedev: “I want to give Daniil all the credit, I know he is one of the best players in the world.”

“He’s been winning a lot of matches, he’s No. 2 in the world, so I’m very happy and proud about how I played today. I think I showed a great level on the court.”

There will be a maiden Masters 1000 champion regardless of who is crowned this weekend, with all the names still in competition yet to win a title at this level.

Russia still has a representative in the hat in the form of fourth seed Andrey Rublev, who meets America’s Sebastian Korda in their quarter-final on Thursday. 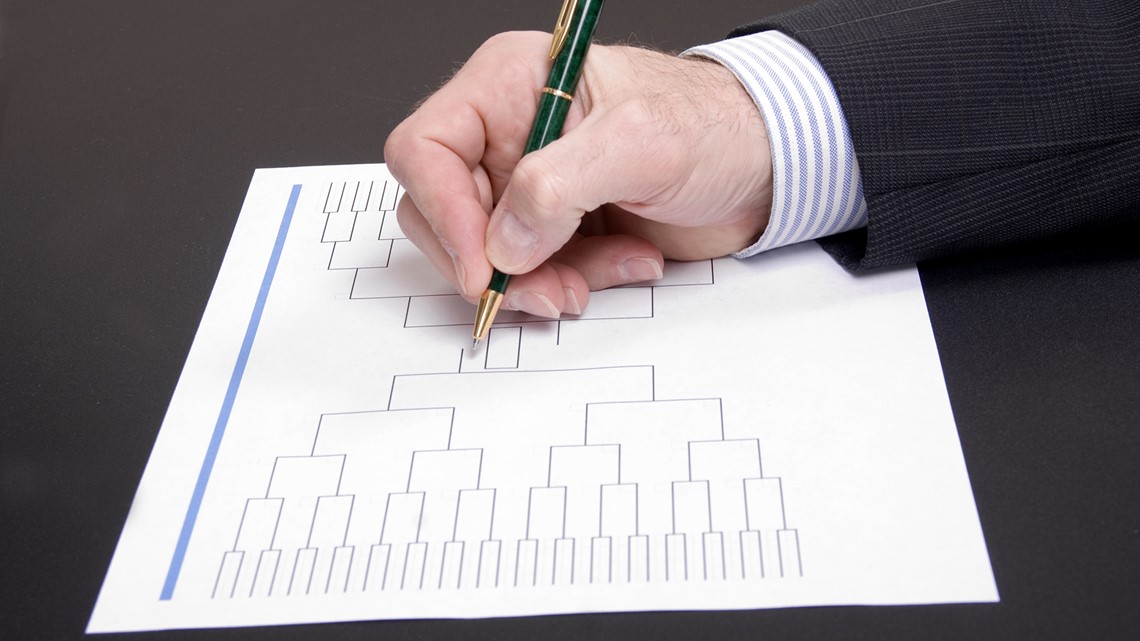 Because there won’t be any geographic regions in 2021 since all March Madness games are in Indianapolis, seeding is being done differently.

This year’s NCAA Tournament will be played entirely in and around Indianapolis due to COVID-19 restrictions after last year’s tournament cancellation. That change means there won’t be the typical geographical regions. It also means the selection committee is changing how it fills out the 68-team field.

Typically, the committee takes into account not only how good a team is but also where they are geographically located. The idea is to put them in a region where they will play relatively close to their hometown.
That brings a disadvantage for some of the top teams. All four No. 1 seeds also get an overall tournament ranking of 1-4. In a perfect world, the one ranked No. 1 overall should generally be given the weakest competition throughout their corner of the bracket. But due to geography, they are sometimes paired against stronger teams than they might normally face if location was not an issue.
With everyone playing in Indianapolis this year, the NCAA is doing away with geographic considerations. It is employing what is calls an “S-curve.” It can get complicated, so here are a few ways to explain it.
RELATED: March Madness 2021: Fun facts to get ready for tournament tip-off

There are four teams per seed (Four No. 1s, four No. 2s, etc.). Each seed gets an overall tournament ranking by the committee (1-4, 5-8, 9-12, etc.)
Since the Region A No. 1 seed is considered the strongest team of the 68, it should get the easiest schedule. But if you were to rank all the No. 2 seeds in the same order as above, then the strongest top seed could have to face the strongest second seed in the Elite Eight while the weakest top seed may face the weakest 2-seed. This sometimes happens when geography is taken into account.
The idea of the S-Curve eliminates this, placing the second seeds in reverse order from above.
This continues throughout the bracket, snaking back and forth.
And it goes on.
RELATED: March Madness 2021: Download printable brackets

Take what you just read above and put it in the form of an actual bracket. If we’re looking at Region A from above, this is how it would look.
As you can see, the No. 1 overall seed faces the weakest No. 16 seed in first round — No. 64 overall. If the No. 1 makes it to the Elite Eight, it would not face the top-ranked No. 2 seed, but the one ranked lowest.

Still confused? Here is a table visualization of the system as explained by Sports Illustrated.

Here’s one more example. If you’ve ever done a fantasy football draft, your draft format may look something like this: You have 12 owners. Whoever picks No. 1 in the first round will pick No. 12 in the second round, then pick No. 1 in the third round, and so-on. It’s a similar principle.