Raleigh, N.C. — If you’re looking to see some wildlife in the Triangle, you might only need to step out into your backyard. Sightings of bears, coyotes, deer, foxes, rabbits, raccoons are becoming more common, officials said.

It’s not odd to see baby bears in North Carolina cities in summer months, according to wildlife officials. The state’s black bear population has been increasing over the past several years in central North Carolina.

From May to July, bear cubs separate from their mothers and search for new homes.

“While the bears appear to be wandering aimlessly into places people think bears do not belong, they are not necessarily lost,” according to officials with the North Carolina Wildlife Commission.

A bear was found napping a tree above UNC Rex hospital on Tuesday, and residents reporting sighting a bear in the suburbs of North Hills in Raleigh in May.

There’s an explanation for why animals are showing up in suburban areas — food. Wildlife researchers say that people are feeding the creatures, leading to an increase in sightings.

These animals are finding gardens to munch on and taking shelter in backyards.

North Carolina State University Researchers said that animals and humans usually co-exist quite well in Triangle suburbs. Researchers found that wildlife was more prominent in suburban areas, versus rural ones.

Another animal commonly spotted in North Carolina is the white-tailed deer.

Our state’s deer population has been growing since the 1990s after conservation efforts. In cities, where hunting is less common, the deer population is growing. In May, a deer was found running through the streets of downtown Raleigh, even making its way into a gift shop.

Crashes with deer and other wildlife has been on the rise over the past several years as a result.

Officials say if you see any wildlife and i’ts not bothering you, leave it alone.

A look back at NC’s runaway animals

Animal control has been busy in North Carolina over the past several years. We’ve had our fair share of animals running away from their owners. Most recently, a pack of Wolf-German Shepherd hybrids escaped from their home in Orange County, and have yet to be found.

A venomous zebra cobra was set loose from a home in Raleigh, making national news. The cobra’s owner is now facing 40 charges related to housing snakes.

Famously in 2019, an emu was spotted in July running around in Orange County. Officials were not sure where it came from, though it is legal to own emus in the county.

A year before that, a runaway horse escaped from its owner in Wake Forest. In 2017, a small pig was spotted on Interstate 40 near Brier Creek was safely captured by officials. 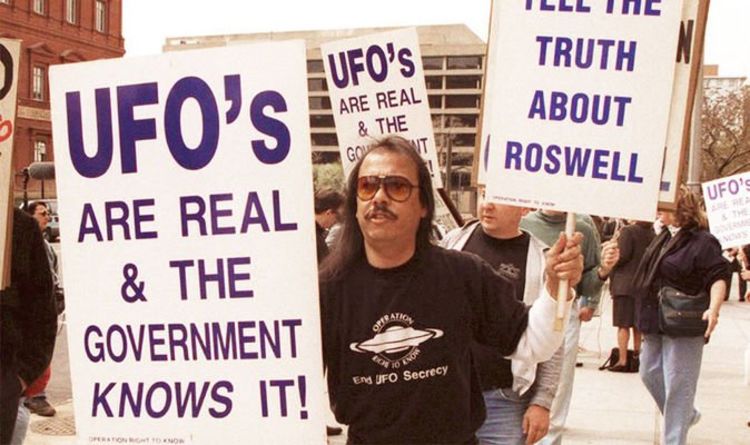 Despite the buzz surrounding the report, this is not the first time the US has investigated the UFO phenomenon.

In 1969, the US Air Force compiled the infamous Project Blue Book – a list of nearly 13,000 sighings, including 700 that were deemed “unidentified”.

And there are, of course, those who were not as enthusiastic about the report or its findings.

Neil deGrasse Tyson, the famed astrophysicist and science communicator, has been very vocal about his distrust towards the Pentagon’s declassified UFO videos – and UFO sightings in general.

He publically decried the quality of most sightings, claiming blurry videos and fuzzy images are simply not enough to back and ET origin for some of these phenomena.

His stance towards UFO sightings contrasts his belief alien life probably does exist somewhere out there in our infinite universe – but it has certainly not visited our planet. 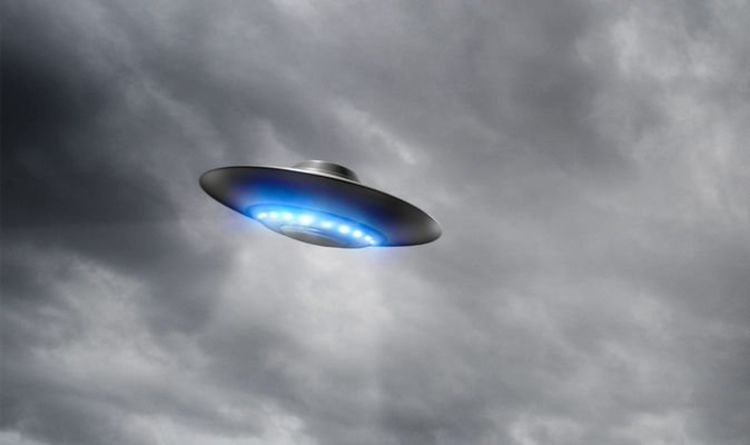 On Friday, the Pentagon released its report of UFO and UAP sightings by military personnel. Out of 144 reports made by pilots and naval forces since 2004, only one could be explained by investigators.

The interim report said most of the 144 sightings came in the last two years following the US Navy introducing a reporting system for UFOs.

In 143 of all sightings, the report says they “lack sufficient information in our dataset to attribute incidents to specific explanations”.

But in a blow to extraterrestrial hopefuls, the Pentagon said there was “no clear indications that there is any non-terrestrial explanation” for the sightings.

However they did not rule out the possibility, and added UAP sightings “probably lack a single explanation”.

Ahead of Congress receiving the Pentagon’s report into UAP’s, Senate members flagged concerns over national security.

Mark Warner, Democratic chair of the Senate foreign relations committee, told Fox 8 television: “If there are objects flying over military installations that could pose a security threat … [it] needs to be declassified and revealed to American public.

“If there’s something out there, let’s seek it out, and it is probably a foreign power.”

Marco Rubio, the Republican senator and vice chairman of the Senate intelligence committee, said ahead of its release: “There is stuff flying in our airspace.

Marik Von Rennenkampff, analyst in the state department’s bureau of international security and nonproliferation, also told The Guardian foreign powers would have had to undergone a breathtaking technological leap to be behind the UAP’s.

He said: “China has well-documented issues with basic jet engines, they rely on espionage to develop their most advanced weapons systems. So, I struggle with China having developed this.

“Russia has a defence budget that is a fraction of the United States, and much of its military infrastructure is crumbling so I struggle with that too.

“So if it is China or Russia, then that’s extraordinary.

“I don’t know how they did it, and it would be a monumental failure of intelligence collection on the part of the United States, orders of magnitude worse than 9/11.” 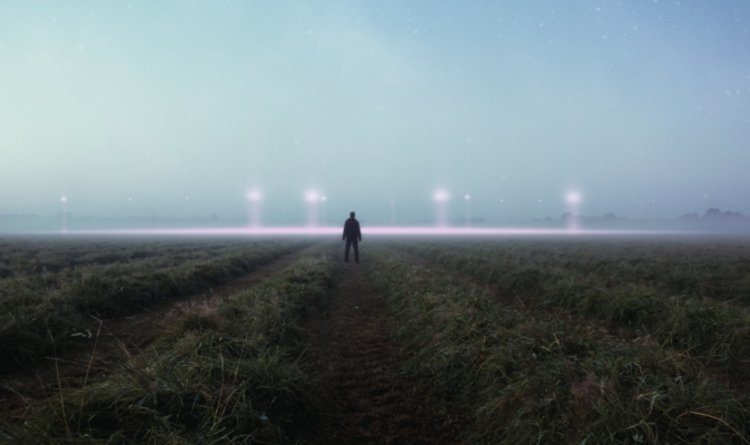 The brief relates to flying objects sighted by members of the US military over the past 20 years. It explains how more than 120 sightings did not involve US military or governmental spacecraft, according to the New York Times.

The “only conclusive finding” is that navy pilots may have encountered secret US government technology in operation.

An unclassified paper being shown to Congress on June 25 will provide “few other firm conclusions”.

The New York Times report about the findings explained that theories involving “alien spacecraft” could not be ruled out.

It read: “Senior officials briefed on the intelligence conceded that the very ambiguity of the findings meant the government could not definitively rule out theories that the phenomena observed by military pilots might be alien spacecraft.”

It comes after Daniel Drezner, professor of international politics at Tufts University, warned that “we need to talk about UFOs”.

Referencing the Pentagon document, he wrote in the Washington Post: “It is increasingly respectable to acknowledge that unidentified aerial phenomena are a thing.”

Recently, after former Presidents Barack Obama and Donald Trump spoke out about the phenomena, Prof Drezner asserted his stance on the matter.

He said: “What I do know is that UFOs exist … we can’t ignore this anymore.” 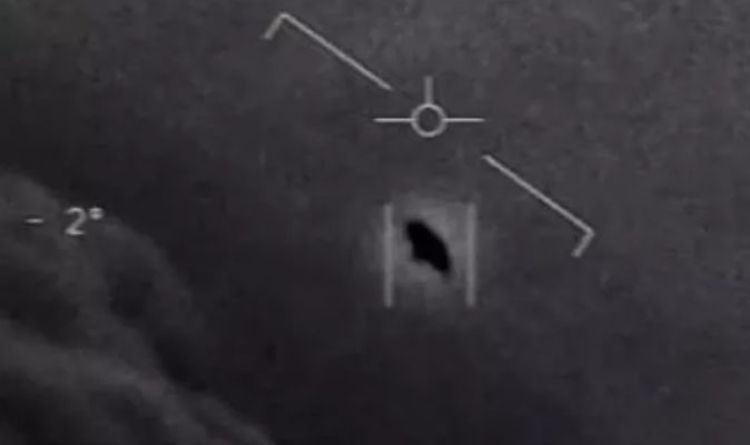 US intelligence agencies are due to issue the results of a report following an official investigation into unidentified flying objects. The probe was launched after long discounted sightings by US Navy personnel were publically acknowledged by the US military as being “credible”. Speaking ahead of the US intelligence report publication, researcher Tom Rogan has claimed  that UFOs are very much “real.”
Mr Rogan told LBC’s Iain Dale: “I don’t really think it is a question of whether people believe in UFOs anymore.


“They are real, the issue is what quantity of them are real.

“That 99.9 percent probably are weather phenomena, a plane that gets misidentified or someone who is confused.

“But this small percentage is very real.”

He continued: “I would add to the point of this I am relatively early in my journalistic career and to get this wrong would be a huge credibility loss.

“So I am basing it on pilots I have talked to, people in the government who are studying the issue.

“My main interest point here though is the US Government, the reason why this is getting a lot more attention very quickly I think it is twofold.

“Number one the pilots have finally come out and spoken about it which for a long time they did not want to do because they would lose their flight qualifications.

“Filmed in the Combat Information Center of the USS Omaha / July 15th 2019.

“This is corroborative electro-optic data demonstrating a significant UFO event series in a warning area off San Diego.”

In response to the footage, a Pentagon spokesperson told NBC: “I can confirm that the video you sent was taken by Navy personnel, and that the UAPTF included it in their ongoing examinations.

“I have no further information on it for you.” 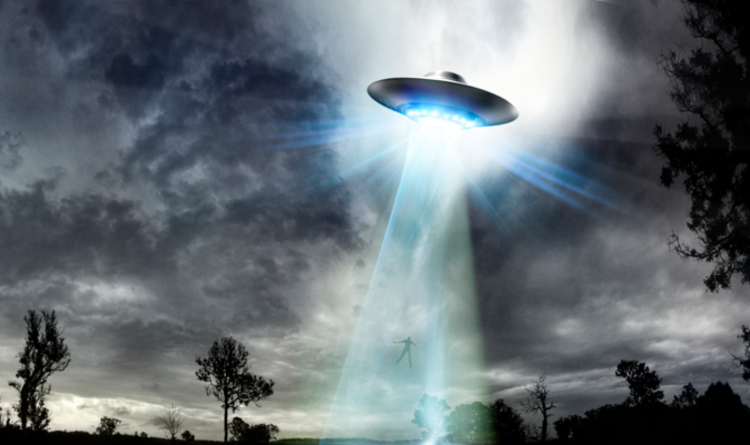 Marco Rubio from Florida said the “stigma” surrounding unidentified aerial phenomena (UAPs) should not prevent investigation. Sen Rubio commissioned the director of national intelligence with a report into UAPs due by the end of next month.
Speaking on CBS’s 60 Minutes, he said: “There’s a stigma on Capitol Hill.

“I mean, some of my colleagues are very interested in this topic and some kinda, you know, giggle when you bring it up.

“But I don’t think we can allow the stigma to keep us from having an answer to a very fundamental question.”

He stressed that the US must ensure “it’s not a foreign adversary capability, meaning… the Russians, or the Chinese… have developed some technology.”

The former speaker of the Florida House of Representatives added: “It’s a huge counterintelligence threat if that’s what it is. We want to take that seriously.”

Mr Rubio’s remarks align with a former US Navy pilot’s “security threat” warning regarding hundreds of UFOs in restricted airspace.

Lt Ryan Graves, an ex-official, appeared on CBS’ 60 Minutes recounting how he saw “unidentified vessels” flying off the coast of Virginia every day for two years beginning in 2019.

He said: “I am worried, frankly. You know, if these were tactical jets from another country that were hanging out up there, it would be a massive issue.

READ MORE: UFO sighting? Has ‘alien craft’ been spotted near to Area 51?