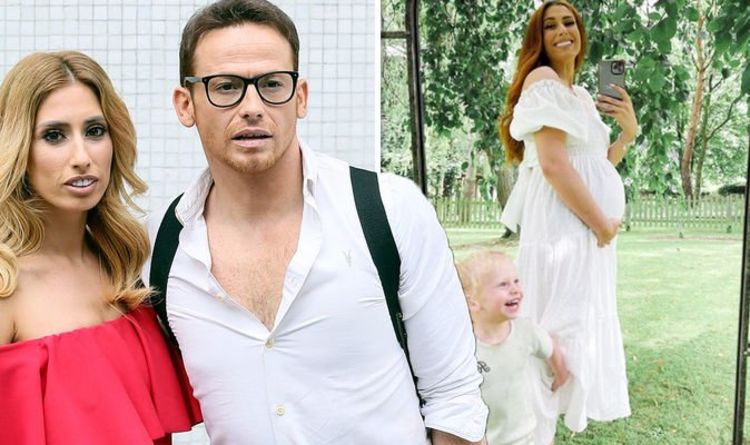 Loose Women panellist Stacey Solomon, 31, has reportedly decided to put her family first after her two-year-old son Rex’s recent fall at home gave her and fiancé Joe Swash, 39, “a shock”. The couple’s youngest child had to be rushed to hospital following the nasty accident.

Rex needed stitches to his lip, leaving his parents shaken up.

A source close to Stacey, who is currently pregnant with her fourth baby, revealed that the star is keen to prioritise making the most of time with her family despite her busy work schedule.

A friend of the former X Factor contestant told OK! Magazine: “The little accident that Rex had gave them a shock and while Stacey tries to do everything and please everyone, her health and her family always come first.

“She loves working but she also wants to make as much time as she can for family and making memories together.

Stacey lives with Joe, their two-year-old son Rex, and her two sons from previous relationships Leighton, eight, and Zachary, 12, at their new home, named Pickle Cottage.

The Loose Women panellist spoke out on her mixed emotions ahead of having a daughter while on the way to film another episode of her BBC show, Sort Your Life Out.

She explained: “I can’t even cope so many of you are sending such lovely messages. 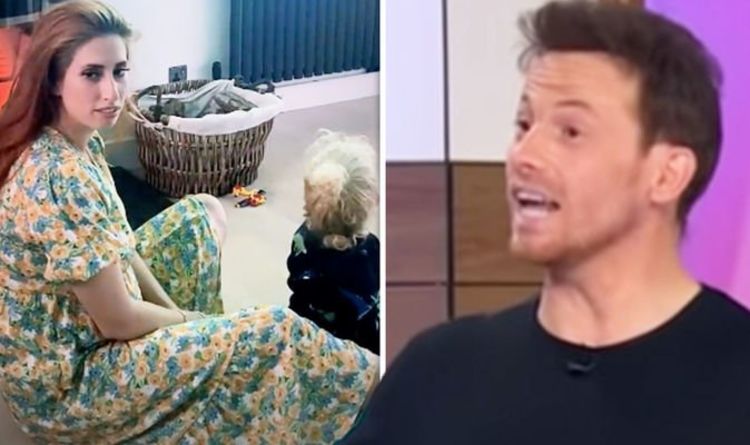 After an “emotional” scan on Friday, Stacey revealed: “Baby Girl. I can not believe I’m writing this… We are growing a little baby girl.

“To our darling boys, you are the best big brothers anyone could wish for and you’re little sister is the luckiest girl in the world to have you all by her side.(sic)

“We love you so so much already darling girl.” 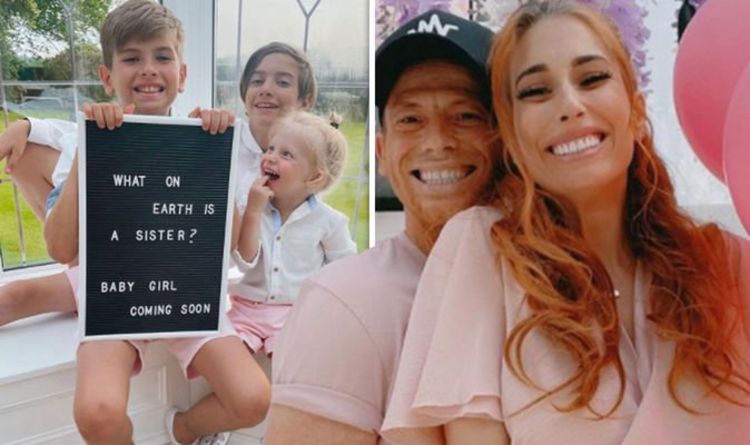 “All of you looking over and protecting your little…” she concluded alongside several crying face emojis.

Stacey lives with Joe, their son Rex, and her two sons from previous relationships Leighton, eight, and Zachary, 12, at their beautiful new home, named Pickle Cottage.

The couple, who were set to tie the knot this summer, have decided to delay their wedding until after their new baby is born.

Stacey and Joe both agreed that they wanted their child to be present when they got married. 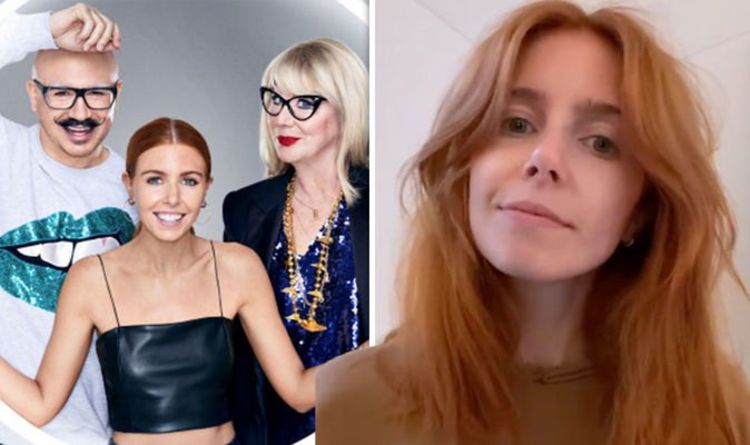 Stacey Dooley, 34, has appeared to issue a defiant post supporting her collaboration with hair care brand Clairol. The Strictly Come Dancing winner took to Instagram to promote the hair dye kit she created with the beauty brand just minutes after reports emerged that she was “secretly dropped” from hosting Glow Up as her advert breached BBC rules.

Stacey shared a video showing off her signature red locks in view of her 980,000 followers this evening, crediting Clairol for her new look.

The star, who is dating former Strictly pro Kevin Clifton, filmed herself running her fingers through her hair while smiling for the camera at home.

She penned alongside the video: “Box freshhhhhhhhhh.

“And trim by the ACE @eamonnhughes.”

The adverts, which featured Stacey wearing leotard while flaunting her freshly dyed hair, reportedly prompted her to be axed from her hosting role on BBC Three’s Glow Up before being replaced by Maya Jama this year.

“It was a tricky situation as she does other things for the BBC, but they decided she would lose her Glow Up contract.

“It’s a hair care brand, it’s glossy and glam. Glow Up is all about beauty.

“So, basically, the BBC said, ‘You’re sacked from Glow Up, but you can keep making documentaries that air on the BBC’.”

Express.co.uk has contacted the BBC and Stacey Dooley’s representative for comment.

Stacey fronted Glow Up for seasons one and two.

She then told fans in October 2020 she would not be presenting the third series due to scheduling conflicts.

Stacey congratulated her replacement, Maya, when she was announced as the new host by posting a sweet picture of the pair.

“Keep shining @mayajama,” the star wrote alongside the snap. 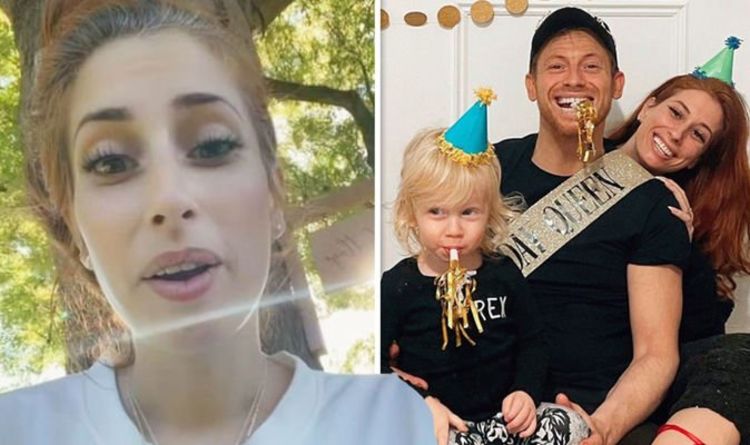 It comes just days after Stacey shared the delightful news that she is set to become a mum again, after falling pregnant with her second child with partner Joe.

The Loose Women panellist, who announced her engagement news in December, has since decided to postpone her wedding day.

Stacey and Joe both agreed that they wanted their new arrival to be present when they get married. 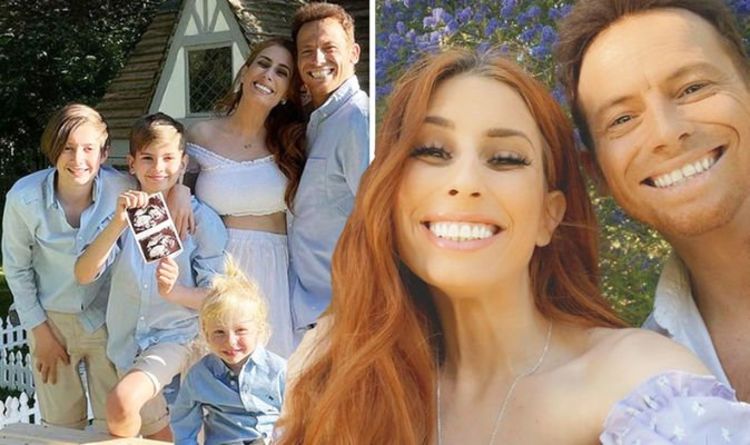 Stacey is planning to wed her partner Joe later this year after the pair shared their engagement news in December.

Stacey is already a mum to Zachary and Leighton, while Joe is dad to son Harry from a previous relationship.

The Loose Women panellist had her first son Zachary, as a young mother at 17.

Her pregnancy wasn’t planned and she didn’t realise she was pregnant until after the first trimester.

Her second son Leighton was born 4 years later from another relationship. 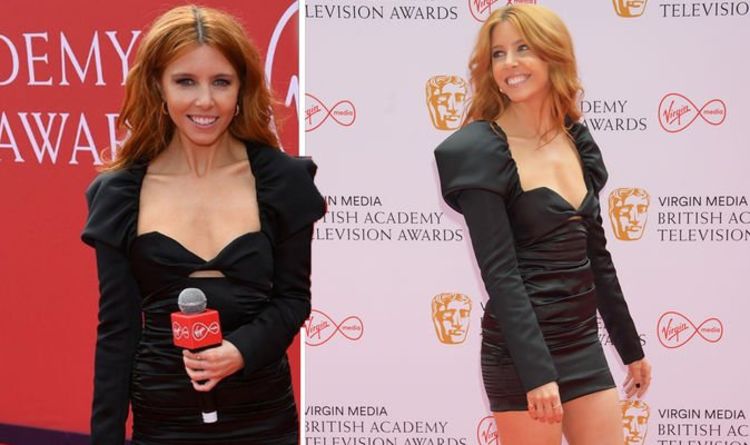 When asked if she would continue to work on Strictly, she responded: “We’ll see, yeah, we’ll see.”

Startled by the revelation, Tom quipped: “Oh, I’m sorry, I heard a rumour you might be going.”

“Why are you stressing me?” asked Oti as she began to laugh.

The Virgin Media BAFTA TV Awards air tonight on BBC One at 7pm. 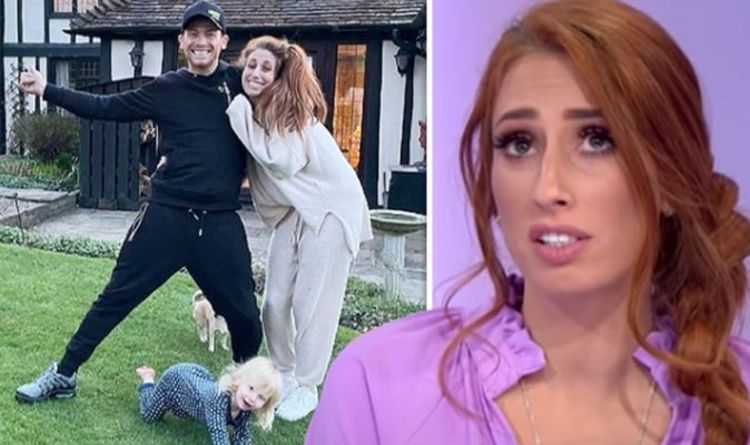 Stacey Solomon, 31, has detailed her mixed emotions this morning over having to leave her home, Pickle Cottage, and her family behind. The Loose Women panellist took to her Instagram Stories to share her sadness over her departure in view of her 4.4 million followers.
She shared a snap of her and Joe Swash’s two-year-old son Rex having a whale of a time in a ball pit in their house.

Explaining her bittersweet exit, Stacey wrote in her caption that she can’t be at home for the next couple of days because she will be busy at work filming her new BBC show Sort Your Life Out, which has a hectic schedule.

She penned: “Had to say goodbye to Joe and the boys and Pickle Cottage this morning because it’s the final two days of the third episode of Sort Your Life Out.

“These two days are basically all nighters to finish off properly and get the house completely organised.

READ MORE… ‘I am speechless!’ Amanda Holden sparks frenzy as she poses NAKED

Elsewhere, the mum-of-three revealed she would be heartbroken if Joe decided to move on with another partner.

It comes after the Loose Women panel addressed the question: “Can you ever truly be happy about an ex moving on?”

After host Charlene White, 40, asked her how she would feel if Joe, 39, found love with another woman, Stacey shared her thoughts.

She said: “Charlene, on the outside I would love to say, ‘Yes, absolutely, I would be so happy for Joe to meet somebody else and move on.’ James Corden has teased a return to Barry for Gavin and Stacey as he spoke to This Morning.

The actor and talk show presenter was speaking to Alison Hammond exclusively about his new movie Peter Rabbit 2 – and his role in the Friends reunion.

But it was the answer to one very simple – but oh so complicated – question that Alison wanted to know.

Alison asked him whether we would ever see another episode of Gavin and Stacey – something that has been hinted at but never confirmed.

BBC Director of TV said last year that it may return “one day” – but Ruth Jones said in an interview on This Morning: “I quite like leaving it hanging.”

As diehard fans will no doubt not need reminding, James Corden’s character Smithy was proposed to by Nessa right at the very end of the last Christmas special way back in 2019 – but the credits rolled before he could given an answer.

And when Alison asked him the question, he said: “Honestly, I don’t know the answer… I have no idea. I’m as excited to find out as you are!”

Alison continued: “Will we find out though? Will there be another episode?”

James answered: “Really it’s just about finding the time to do it and finding out if we think it’s good enough… nobody wants a last episode that doesn’t deliver. We’ve just got to let the tank fill up again really.”

He added: “I hope so much that we get to do one, I think it will be strange to leave it where we left it.”

When co-star Ruth Jones, who plays Nessa, was asked last year, she said: “There aren’t any plans to write anything.”

She added: “I think the joy of the Christmas special that it ended in such a way that if we never go back to Barry we will always wonder what happened.

“I think there’s something juicy about that. But we will always wonder, did Smithy say yes, did they get married. Who knows whether we’ll ever get to go back… but there’s one thing for sure: we want to know the answer! 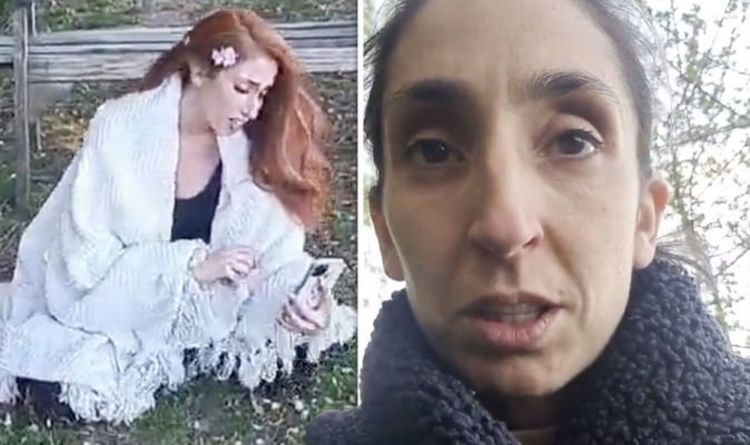 Fortunately, Stacey laughed along with her sister’s cheeky post, as she replied: “Perfectly normal behaviour @label.lady.1,” alongside crying with laughter emojis.

It comes after Stacey got emotional again after posting a clip of her eldest son Zachary cuddling his brother on his special day, before opening up about the criticism she faced when he was born.

Stacey, who had her son Zachary, now 13, when she was 17, recalled that people would criticise her for having a child at such a young age.

Appreciating her family, Stacey who is also mum to one-year-son Rex, who she shares with fiancé Joe Swash, said her “kind and caring” children were her “biggest achievement”.