Nicola Sturgeon should ‘get on with it’ says Alex Salmond

Ms Sturgeon this week announced her plans to slowly ease Scotland out of strict coronavirus restrictions. Following Boris Johnson’s lead, it means the country will move in step with its southern neighbour but in a “modified” fashion. Whereas Mr Johnson has advised those in England to use discretion regarding face masks, the Scottish First Minister expects Scots to continue to use them.

Certain restrictions around physical distancing and numbers meeting both indoors and outdoors will also remain.

As the country cautiously exits lockdown, Ms Sturgeon and her Scottish National Party (SNP) are drawing up plans to exit the UK.

An Indyref2 is high on the SNP’s agenda, its support having been strengthened during the pandemic and Ms Sturgeon’s victory at Holyrood’s May elections – just one shy of a majority – only boosting the party.

Great obstacles remain between where Scotland is today and where it wants to be post-independence.

One of the biggest issues, if not the biggest, is currency and what tender Scotland would use outside the Union.

Ms Sturgeon has claimed the country would continue to use sterling for “as long as necessary”.

Yet, a Government white paper compiled by the Economic Affairs Committee ahead of the 2014 independence vote said this is “not a viable option”.

It noted: “The choice of currency is perhaps the most important economic decision an independent Scottish Government would face.”

Indyref2: Sturgeon is hoping to hold an Indyref2 in the next few years (Image: GETTY)

If an independent Scotland were to retain sterling, monetary policy would continue to be set by the Bank of England.

While an independent Scotland could continue using sterling without the rest of the UK’s consent in the same way some Latin American countries have adopted the US dollar and Montenegro uses the euro, the country would have no central bank and no access to the services of, or influence over, the Bank of England.

Yet, Scotland has a large financial services sector that relies on access to central bank services.

Bank of England: Scotland could not hope for ‘dollarisation’ like other countries (Image: GETTY)

Sturgeon history: A young Sturgeon at an SNP conference in the Nineties (Image: GETTY)

As Professor Jim Gallagher formerly of Nuffield College, Oxford said, because of this, currency substitution “is not a viable option” for a country like Scotland.

“Those functions would be on essentially price stability and financial stability.”

If successful in her independence bid, Ms Sturgeon wants Scotland to join the EU, with the country voting to remain a part of the bloc in the 2016 Brexit referendum.

Its membership would mean adopting the euro.

But members of the SNP have suggested this would not be the case, with Ian Blackford, the party’s Westminster leader, having assured voters they would not have to use the euro in 2019.

The EU has repeatedly confirmed that joining the Exchange Rate Mechanism isn’t voluntary, however.

Former European Commission President Jean-Claude Juncker said in 2018: “The euro is meant to be the single currency of the European Union as a whole.

“All but two of our member states are required and entitled to join the euro once they fulfil the conditions.”

If an independent Scotland seeking to sign up to the EU refused to adopt the euro, it would find itself “not fully compatible” with the Treaty on the Functioning of the European Union – a key piece of EU law.

All of this is on the assumption that the EU would even welcome an independent Scotland.

Tensions exist between countries like Spain and the autonomous community of Catalonia, which wants to join the EU as an independent state.

Others, like the historian Robert Tombs, have noted that the EU would not want to stir further bad blood between itself and the UK post-Brexit by allowing Scotland to join. 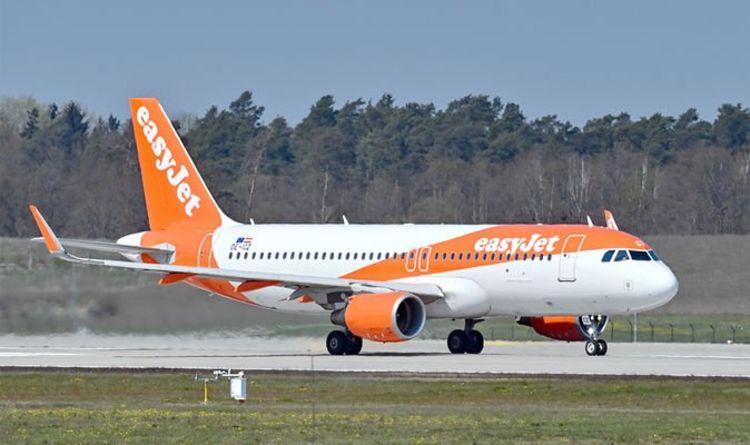 Some of the airlines’ new domestic routes include Birmingham to Newquay, which is less than 200 miles, for £22.99.

EasyJet decided to create more domestic routes to “give Brits more options to reconnect or take a break this summer”.

However, this move has been criticised by green campaigners as it is likely to increase greenhouse gas emissions.

Greenpeace UK said: “Companies like easyJet claim to take sustainability seriously, but their announcement of 12 new domestic routes shows they will not prioritise our planet’s health over their profits until they are forced to do so by law.

“Domestic flights have long been a symbol of how our economic system incentivises our own destruction. These new UK routes show easyJet continues to but profits over the planet,” it continued.

EasyJet has put more than 60,000 additional seats on sale across routes from Belfast to Birmingham, Manchester, Edinburgh and Glasglow.

Some of the airlines’ new domestic routes include Birmingham to Newquay, which is less than 200 miles, for £22.99.

Most of them are viable by train, but easyJet decided to offer cheaper prices than rail operators.

Some people took to social media to criticise the airline’s decision.

What do you think? Join the debate in the comments section here

“Exactly what you need in a #ClimateEmergency! But it’s interesting that Easyjet spins it primarily as an opportunity to “connect with friends, family & loved ones,” said an angry user.

“EasyJet is opening 12 new domestic routes for flights, most are viable by train,” commented another one.

EasyJet UK country manager Ali Gayward said: “We know our customers can’t wait to be reunited with friends and family or to explore the UK so these additional new routes today should prove popular and will further strengthen our UK domestic network providing customers with even more choice.”

“The announcement of the new route to Belfast International airport further strengthens the connectivity between Northern Ireland and the Leeds city region, the largest economy in the UK outside of London.”

However, director of Greenpeace UK, John Sauven, said the move showed that the UK is not taking seriously the target to cut greenhouse gas emissions.

The Government committed to cut emissions by 68 percent by 2030.

He said: “The UK Government claims to be a climate leader but is considering lowering taxes on domestic flights despite them being cheaper than train fares on many routes.

An easyJet’s spokesperson replied to this: “The new routes which will operate this summer have been introduced in response to the demand we’re seeing for domestic air travel in the UK and as with all our flights, we offset all of the carbon emissions from the fuel used for them.”

She also said the company was using more efficient aircraft and “supporting the development of radical new technologies to achieve zero-emission flying in the future, which we are committed to transitioning to as soon as they are available”. 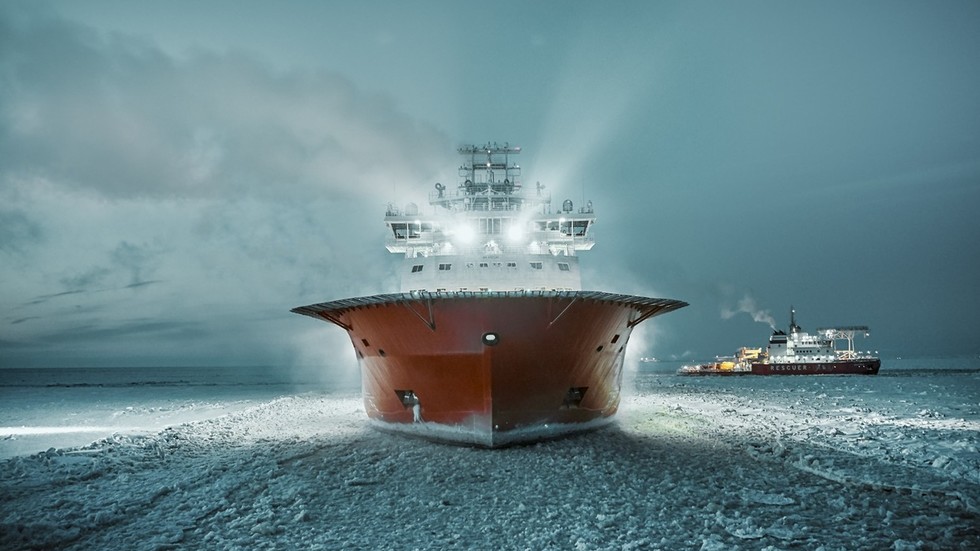 The Northern Sea Route could become an effective alternative to the Suez Canal, which has been completely shut down since Tuesday, state nuclear energy corporation Rosatom said in a series of half-joking tweets.

The proposal comes days after a 400-meter container ship got stuck in the crucial marine passage for global trade. The incident has sparked fears over rising shipping costs and evoked deep concerns about the interruption of supply chains linking Europe and Asia.
Also on rt.com Traffic jam at Suez Canal sends global shipping costs soaring
In a Twitter thread, Rosatom listed three reasons to view Russia’s strategic Arctic shipping route as a viable alternative. The first one stemmed from tracking data that showed the ship drew a giant phallus in the Red Sea before it got jammed. The state-run corporation cheekily pointed out that the Northern Sea Route offers much more space for drawing naughty pictures with the help of a giant cargo ship.

The company also said that its nuclear icebreaker fleet, which is the largest in the world, would be easily able to free any ice-bound vessel. The tweet was illustrated with an image showing Rosatom icebreakers rescuing a cargo ship trapped in the ice this winter.

Rosatom’s Arctic fleet, which includes five nuclear-powered icebreakers, a container ship, and four service vessels, is operated by Rosatomflot, based in the Russian port city of Murmansk. The icebreakers are used for navigation and rescue operations along the Northern Sea Route.

In the third tweet, Rosatom posted a waggish gif featuring the lead character from the 1997 American spy comedy ‘Austin Powers: International Man of Mystery’, showing Powers stuck in a shuttle carriage that’s moving back and forth in a narrow tunnel, the image of a bulk carrier stuffed with containers photoshopped on top.

The Russian authorities have recently turned the development of the Northern Sea Route into one of the key strategic priorities for the state.

Rosatom said in a separate tweet that a “Trip from Murmansk to Japan on the Northern Sea Route is 5770 miles & 12 840 miles through the Suez Canal,” adding that the Egyptian route may be blocked for days.