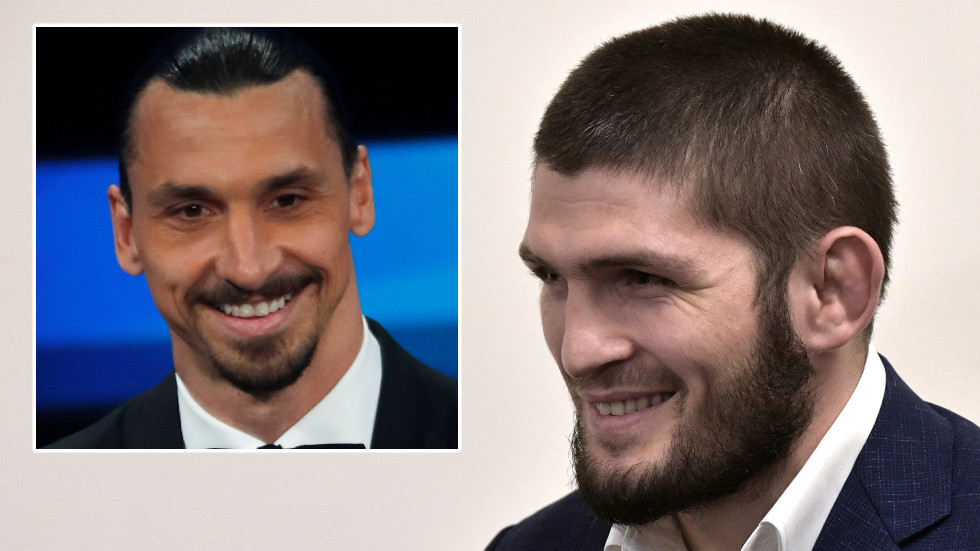 Khabib Nurmagomedov has played a voice message sent to him by Zlatan Ibrahimovic before his fight against Justin Gaethje in October, revealing that he has been invited to Milan and received an offer from Turkish giants Fenerbahce.

AC Milan striker Ibrahimovic is a huge admirer of Russian hero Nurmagomedov, urging the football fan on before his emphatic defense of his UFC lightweight title against Gaethje in what he said was the final fight of his career.

Now Nurmagomedov has revealed what the Sweden legend told him and reiterated his potential interest in spending more time with top football clubs in an attempt to find more inspiring sporting challenges than his dominant UFC reign.

“If you feel young, you are young,” Ibrahimovic could be heard telling Nurmagomedov in the voicemail.

“You just have to do it. People talk when you’re number one. They just want to find something that goes against you. It’s always the same s***.”

While 39-year-old Ibrahimovic has confounded his critics by rivaling the likes of Cristiano Ronaldo at the top of the scoring charts in Italian top flight Serie A, part of the shock around Nurmagomedov’s departure from competing in MMA is due to his age.

Polar opposites. For example, one is cocky and the other is humble. Khabib grapples and avoids problems, Zlatan is the type to brawl and use every little thing to start a problem. It’s just funny lmaoo

At 32, the fitness-loving Dagestani remains well within his prime and could conceivably continue to rule the sport for years, as UFC president Dana White is keen to persuade him.

“To be honest, I want to try something interesting,” Nurmagomedov told YouTube channel KraSava during a football session in the UAE, adding that he had received an offer from local club Al-Wasl, who were once managed by late Argentina legend Diego Maradona.

“Fenerbahce also offered to join them, Zlatan Ibrahimovic invited me to Milan. I’m bored with MMA. I want real competition.”
Also on rt.com Khab he kick it? UFC champ Nurmagomedov reveals ‘childhood dream’ to be professional footballer, and for which team