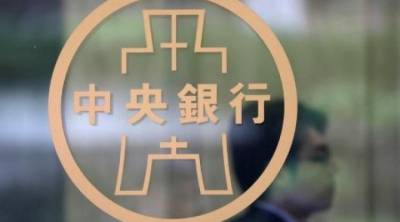 TAIPEI: The coronavirus epidemic will impact Taiwan’s economy throughout the first half of the year, central bank governor Yang Chin-long said on Thursday, a more prolonged effect on economic activity than the government had anticipated.

Taiwan, whose largest trading partner is China, already cut its estimate for 2020 economic growth to 2.37% last month, citing the threat from the outbreak to its trade-dependent economy.

Taiwan had previously said it only expected the virus to affect growth in the first quarter, but Yang told parliament it was likely to extend into the first six months of the year.

It won’t become clear until the end of June whether Taiwan can maintain 2% economic growth this year, he added, as concerns grow that the pathogen could deliver a damaging blow to the global economy.

The central bank will have a “full discussion” at its quarterly meeting next Thursday on how to react to market volatility, Yang said.

One of the central bank’s main considerations will be “preventative measures”, he said, adding that as of now the chances of a financial crisis are not high.

The island is rolling out a T$ 60 billion ($ 2 billion) stimulus package to help soften the virus impact on the economy.

While Taiwan has only reported 48 cases of the virus, compared to more than 80,000 in China, it has ramped up containment efforts, and has suspended visits to the island for most Chinese visitors and severely limited flights to China, including Hong Kong and Macau.

Some Taiwan manufacturers, who are a key part of global technology supply chain, have already felt the pinch.

Taiwan’s key stock index tumbled round 4% to a nearly seven-month low on Thursday morning, as global markets went into a steep dive after U.S. President Donald Trump stunned investors by announcing a temporary ban on travel from Europe. -Reuters