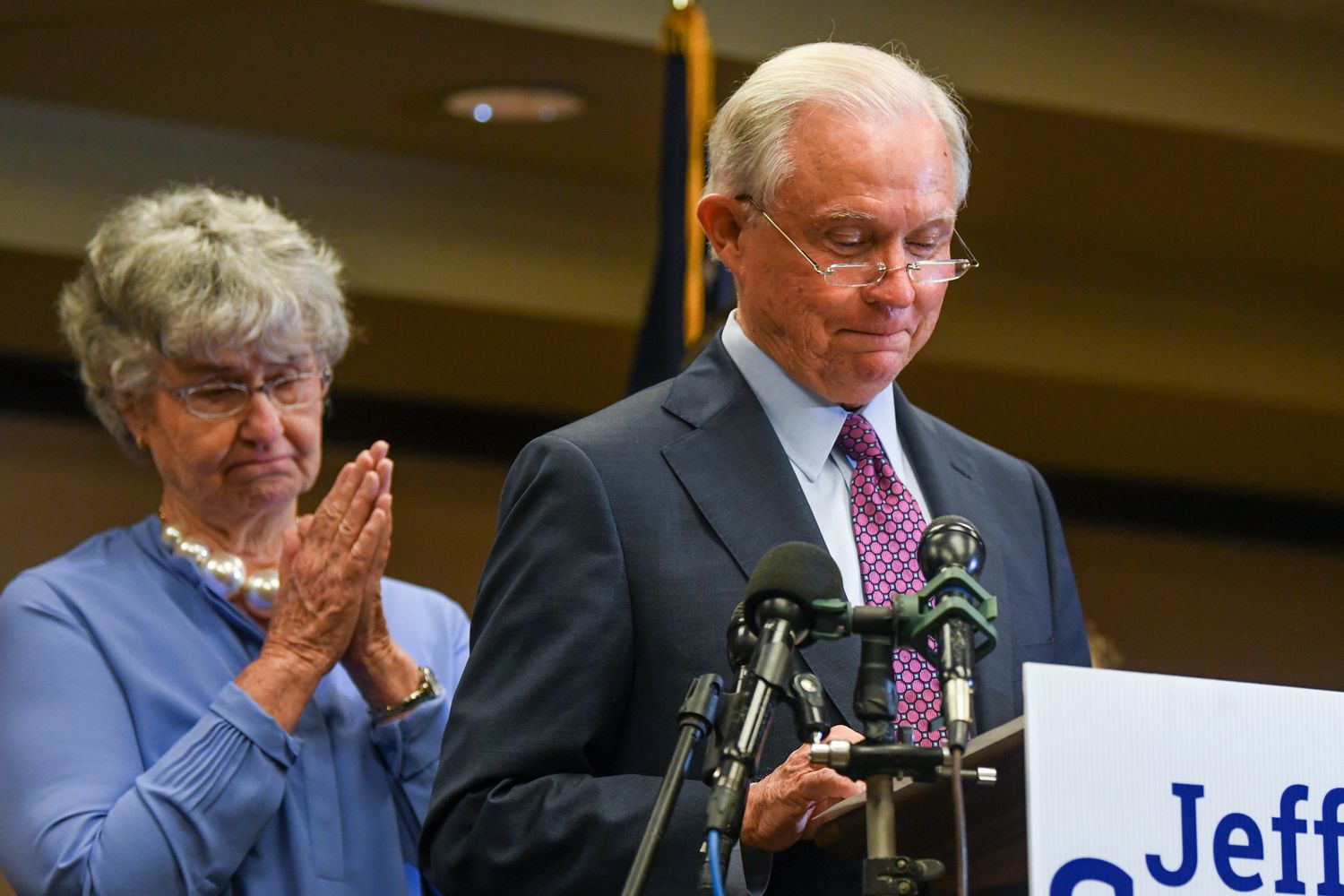 Meanwhile, in the Texas Panhandle, Trump’s involvement propelled Jackson — a first-time candidate who pitched voters on the idea of electing a new congressman whose influence exceeded his (lack of) seniority — to victory over Josh Winegarner, the first-place finisher in the March 3 primary.

But Trump, who had once boasted of his undefeated record in endorsing GOP candidates, has suffered some small defeats in recent weeks. Two incumbents he’d backed, Reps. Denver Riggleman of Virginia and Scott Tipton of Colorado, went down in nominating contests over the past few weeks. And Trump unsuccessfully waded into a GOP runoff in North Carolina to replace his White House chief of staff, Mark Meadows, in Congress.

That record risked another demerit on Tuesday: His pick for an open, competitive House seat in West Texas was locked in a too-close-to-call race against an opponent backed by Trump’s one-time primary rival, Sen. Ted Cruz.

Senate Democrats are on a winning streak — at least when it comes to intraparty elections.

The Democratic Senatorial Campaign Committee took an aggressive stance in primaries this year, endorsing a preferred candidate in nearly every single race that could be competitive this fall. With Gideon’s win in Maine, and MJ Hegar’s victory in Texas, the DSCC has swept those primaries.

Several of the races proved very expensive or particularly hard fought. Outside allies, including Senate Majority PAC, spent heavily leading up to primaries in North Carolina and Iowa to boost little-known challengers, and spent in Colorado to defend John Hickenlooper against a wave of negative TV ads.

In Kentucky, Amy McGrath only narrowly won after a late surge from liberal state Rep. Charles Booker. Hegar’s margin of victory over state Sen. Royce West was narrow despite a hefty financial advantage. In some cases, including its endorsement of Hickenlooper and the spending in North Carolina, the DSCC faced backlash from other candidates.

But facing a map that necessitates running competitive races in every swing state, party leaders identified the candidates they believed were best suited to compete in the fall. Most of their endorsed candidates have already proven their bona fides by raising massive sums of money so far this year, and polling shows Democratic nominees emerged from their primaries competitive against Republicans. But whether the DSCC’s aggressive, and successful, primary stance will truly pay off will be determined in November.

Gideon’s victory in Tuesday’s primary made her nomination official, but she’s been running a general-election campaign against Collins for the better part of a year now.

Because of its small size and population, Maine won’t be the most expensive Senate race in 2020 — but it will be near the top of the list. Both Collins and Gideon have been running television ads essentially uninterrupted for months now, even before Gideon had the nomination.

Gideon’s victory will deliver the Democrat another huge windfall: She’s set to receive around $ 4 million from a “nominee fund” that donors filled with money when Collins voted to confirm Brett Kavanaugh to the Supreme Court.

But unlike some other Democrats running against prominent longtime Republicans, Gideon isn’t just another cause celebre of online donors. Both parties believe the Maine race is likely to go down to the wire and could very well be the tipping point that determines Senate control.

The Trump wing is winning the battle for the GOP

Even as Republicans confront a daunting electoral landscape, the Trump wing of the GOP is still growing thanks to some big wins in safe seats.

Tuberville — supported by Trump and his newfound allies in the Club for Growth — routed Sessions, a mainstay of Alabama politics whom some Republicans saw as a safer bet to beat Democratic Sen. Doug Jones in November.

Jackson, Trump’s former doctor running in Texas, had Trump and Club support to beat Winegarner, who had the endorsement of retiring Rep. Mac Thornberry. Also in Texas, retiring Rep. Bill Flores endorsed Renee Swann to replace him — but GOP voters instead nominated former Rep. Pete Sessions, a bit player in the 2019 Trump-Ukraine scandal who represented a district in another part of the state until he was swept out in the 2018 Democratic wave.

In Alabama, the Club’s support propelled former state Rep. Barry Moore to the nomination to replace retiring Rep. Martha Roby. Moore leapfrogged self-funding businessman Jeff Coleman, who finished first in the March 3 primary — but was slammed by the Club for not giving to Trump’s 2016 campaign despite being an active political donor.

In a victory for the establishment, Alabama congressional hopeful Jerry Carl won his GOP runoff over a Club-backed candidate, state Sen. Bill Hightower. Carl was ahead by 5 points at the end of the night on Tuesday, despite edging Hightower by only a single point in March.

As Joe Biden pushes to make Texas a presidential swing state for the first time in decades, House Democrats also see the state as the party’s most enticing expansion target for their majority, and they settled their candidate roster Tuesday evening.

In an open seat in the Dallas-Fort Worth metroplex, party voters picked local school board member Candace Valenzuela, who was supported by the Congressional Hispanic Caucus and Congressional Black Caucus, over Air Force veteran Kim Olson. Valenzuela’s D.C. allies pushed the Democratic Congressional Campaign Committee to get involved on her behalf, but the committee stayed away, citing its policy of neutrality in primaries.

To the south, Democrats chose 2018 nominee Mike Siegel for a rematch with GOP Rep. Michael McCaul. Siegel came within 4 points of ousting McCaul last cycle, but the incumbent — who has seen his district become more competitive in a hurry, like a lot of Texas Republicans — seems better prepared this time. Some Democrats worry that Siegel’s more liberal platform could be problematic for suburban voters near Houston and Austin who had voted Republican but are turned off by Trump.

Meanwhile, Republicans picked their candidate to hold another suburban Houston seat, where GOP Rep. Pete Olson is retiring after a close call in the 2018 midterms. Voters chose Fort Bend County Sheriff Troy Nehls, but some Republicans worry he is bloodied and broke after a bruising runoff campaign. Nehls was attacked by self-funder Kathaleen Wall, and he had only $ 33,000 in the bank as of late June for his race in the pricey Houston media market.

Democrats’ best pickup opportunity is in West Texas, where GOP Rep. Will Hurd is retiring. But as of Tuesday night, the race between Trump-backed Tony Gonzales and Cruz-endorsed Raul Reyes was unresolved.