Tamzin Outhwaite boyfriend: ‘I don’t care what people say about... 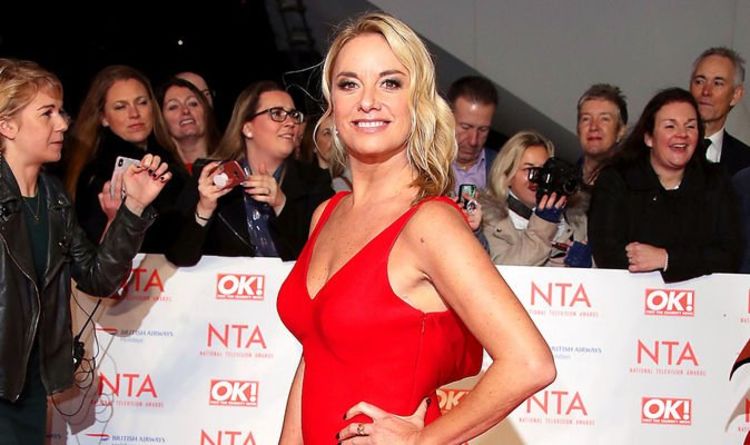 The former EastEnders star has been dating the actor, personal trainer and documentary maker Tom Child, 28, since 2018 and has declared: “I don’t care what people think.”

Tamzin said: “It does work. It’s about energy and about connection, I think. It doesn’t matter how much you fight it – there’s 20 years between us.

“He just must never shave the beard off because that would be horrific for me!”

She added: “I tell you what it is, when you get to this age, you stop caring what people think and I think that’s a really important place to get to, because now the only opinions that matter are my two girls and if they adore him, which they do… that’s all I need.”

Tamzin, 49, whose daughters are Florence, 11, and Marnie, seven, also told how she went through a “grieving process” when her EastEnders character Mel Owen was killed off.

Tamzin played the businesswoman on and off from 1998 until last year and she felt as though she was “saying goodbye to something much bigger” after her character was run over by a lorry.

Asked if she feared she may never have a major role again after leaving the show, she told ITV’s Lorraine: “Yes, of course. I’m normally quite good at being out of work, but saying goodbye to a character like that … I had a bit of a grieving process.

“It was 1998 when I started so it was like, ‘Now what do I do?’ It felt like I was saying goodbye to something much bigger. What you realise is you’re clearing the way for other things.

“You can’t move forward until you close some doors.”

Tamzin recently admitted her pride about her work on the soap.

The day after Mel was killed she tweeted: “Thank you so much for all the love…

“I could not have relished playing Mel any more and I could not feel more proud.

“Here’s to the next 21 years of life, the next job, the next chapter. Happy Friday people.”