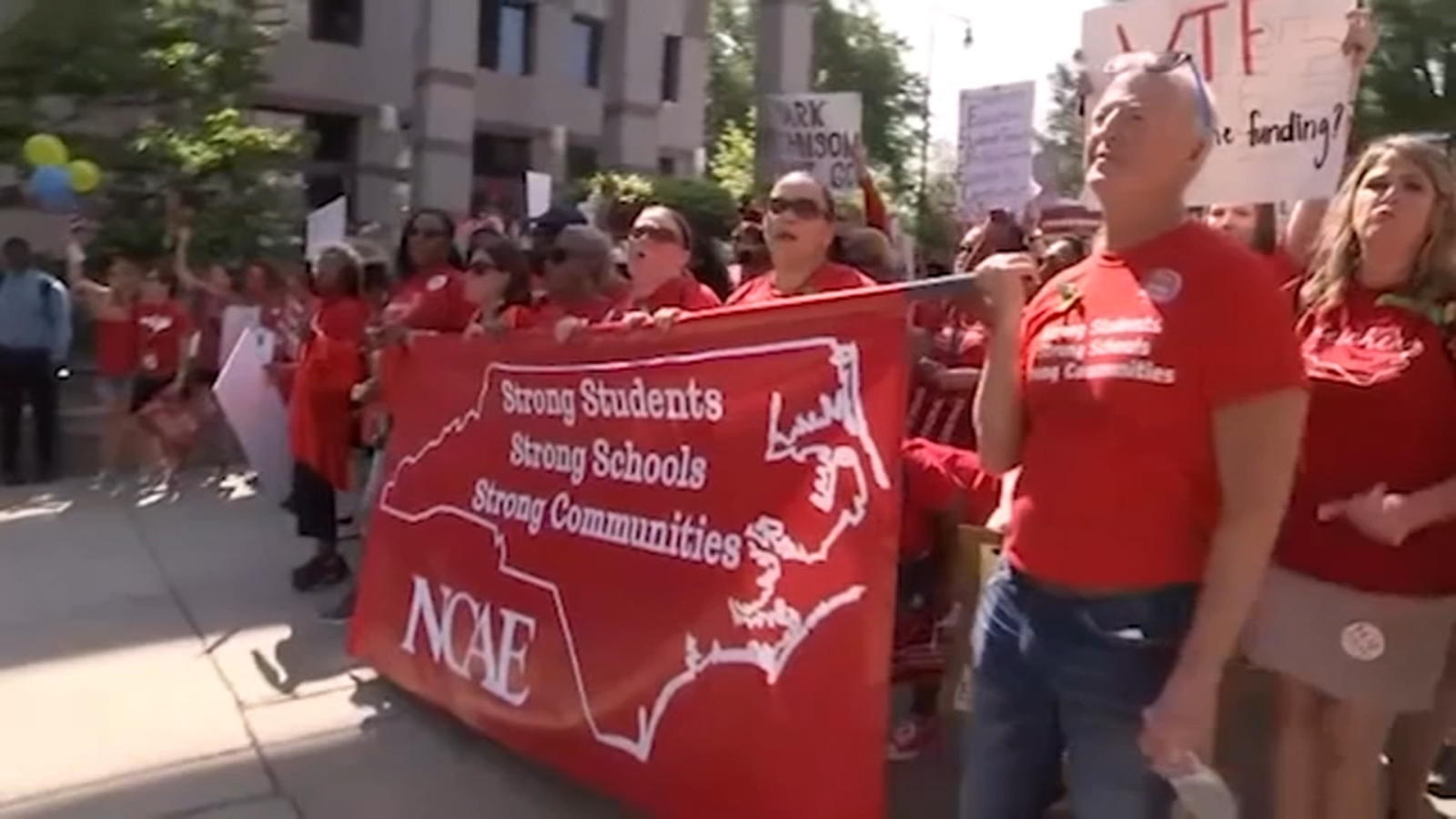 RALEIGH (WTVD) — It has been over a half year since thousands of school employees took to the streets of downtown Raleigh asking for a change.

The May 2019 rally left many wondering where were members of the GOP? At one end, the NCAE pushing for change in state leadership. On the other end, those leaders, members of the Republican party who say they have improved state education.

Caught in the middle are tens of thousands public school teachers, school employees, and even more North Carolina students.

Teachers we have talked to in the months following the teacher rally, say they are so much more than educators. One teacher, during a recent before school picket, told ABC11 that she only sees a nurse in her school occasionally, instead she plays the role for her students.

Many of those we interviewed aren’t math teachers, but they do add up the numbers when it comes to pay.

“When the state says that the average teacher pay is around $ 51,000, you think what?” ABC11 asked one educator.

“I have to laugh,” she responds. “Because that’s just not true. I mean, they might have calculated a number of things in there, but that’s not nearly what I see.”

To that, Senate Pro Tempore Phil Berger says “The numbers are the numbers and if they don’t believe that the pay is that, I am happy to look at the pay stub of any teacher in the state of north Carolina and compare their pay stub now to what their pay stub would have been 3, 5, 7 years ago.”

Back to May of 2019, that massive rally left no room on the stage for Republicans to speak, despite a request from the State Treasurer made in advance with hopes of explaining benefits.

“Many folks asked us to speak,” Mark Jewell, President of the NCAE said. “Democrats and Republicans alike. Elected officials and candidates, we rejected all of those. We did not want it to turn into a political rally, it was really about education.”

When asked if the NCAE has a preference to the Democratic party, Jewell responded saying “I keep going back that public education is neither Democrat or Republican. It has always been in our core value and in our constitution that every citizen should have access to basic, sound public education.”

Even so, the GOP not visible during the last two May rallies. The GOP maintains they were not invited.

Invitation or not, the sea of red visible from the Legislative building,. Senator Berger said that legislatures were there, ready to speak with constituents, but very few showed up. His office taking note that only 157 people stopped by 27 offices.

The NCAE says last year they tried to have rally goers speak with their representatives, but it become very crowded. “Everyone was invited to come out on that field and we divided our members up into regions. And they knew exactly… when you see 30k you see regions folks need to come out. Everyone was invited. It was press releases that were sent out. And many of them did. And many Republicans did as well. And some that didn’t our members went in and had conversations with them or at least tried to have conversations with them or at least tried to meet with them,” Jewell said.

“I guess if there would have been communication of that being the situation it would have worked out a little bit better… our understanding all along was that they were coming here to meet folks,” Senator Berger said.

The question now–Will we see a teacher rally in 2020? Maybe. “If we get everything that we want this year, yeah it’s a new session right? Yeah we could…We don’t rule anything out,” Jewell said.