Teachers urge government to give them PPE before schools reopen 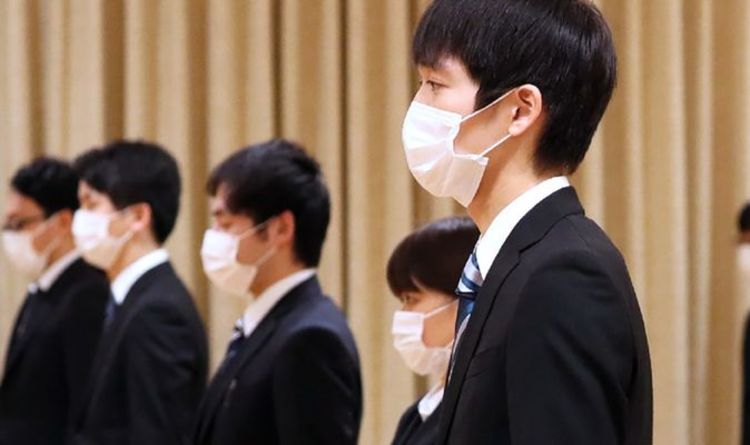 Following the suggestions made by Public Health England director Paul Cosford, speculation began to rise that UK schools will be reopening soon. The National Education Union (NEU) has written to Prime Minister Boris Johnson asking for the Government to urgently share its modelling, evidence and plans for reopening schools.

A number of UK teachers have expressed their fears about schools reopening before sufficient PPE is made available to teachers and school staff.

Wolverhampton, primary school teacher Maddie Ross said all teachers would be at risk if schools reopened.

The difficulty of imposing social isolation rules on small children is a major concern for primary schools.

According to the Daily Mail, Miss Ross, from West Yorkshire, said: “It should be secondary school children that go back before primary, surely, because primary school children are going to be a lot more difficult to control, in terms of if we still need to keep two metres apart.

“There’s no way you can get primary school children to do that, they’d be touching each other within the first few seconds of walking through the gate.

A head teacher at Kempsey Primary School in Worcester, also agreed that social distancing is “pretty much impossible” with young children.

Bryony Baynes, 58, said: “At the moment, staff are very willing to come in and have been brilliant so far.

“But if the Government says that schools are to open while lockdown is still in place, that implies that the virus isn’t under control and that means I’m asking my staff to put themselves at even greater risk.”

JUST IN: US Scientists claim HALF of all New Yorkers have coronavirus

Mrs Baynes also said her “biggest frustration” in dealing with the coronavirus crisis at her school has been the lack of information, support and personal protective equipment from the Government.

She also suggested schools should be offered coronavirus tests as well as staff in care homes.

She said: “I feel really frustrated that the teachers seem to have been forgotten in all this.

“We haven’t been offered tests.

“We haven’t been offered a great deal of guidance or advice or support, and we’re just expected to find our own way.

“As a head, that’s giving me so much anxiety and stress, it’s worse than having a visit from Ofsted.”

Parents are also highly concerned about sending their children back to school.

Denmark, one of the first European countries to shut down, on Wednesday reopened daycare centres and schools for children in first to fifth grades.

It is feared that this could lead to more countries reopening schools and easing lockdown restrictions far too early.

While the Danes’ strategy has been praised by some health officials, many parents remain sceptical.

One Danish woman whose daughter lives with type-1 diabetes said she fears for her child’s health.

Judit said: “I’m worried that children are being used as an experiment and, if I’m honest, I am not convinced by the letter we received from the school listing the additional safety measures they’re implementing.