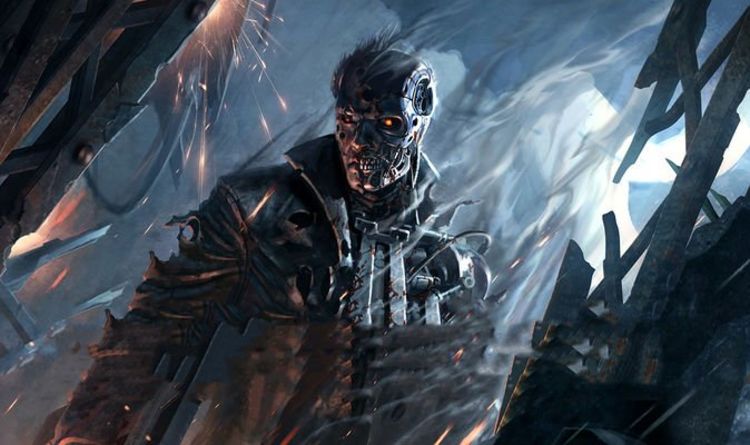 Terminator Resistance is out now on PS4, Xbox One and PC.

The new game set in the Terminator universe sees humankind battle machine in the war to end all wars.

Featuring a combination of first-person gunplay and stealth, fans play as a member of John Connor’s resistance army.

“There is no fate but what YOU mak,” reads the official description. “Experience the events leading up to the decisive final battle for the fate of mankind in the war against the machines.

“Terminator: Resistance, is a first-person shooter set during the ‘Future War’ scenario that was only glimpsed at in the iconic films, ‘THE TERMINATOR’ and ‘T2: JUDGMENT DAY’. The machines are destined to lose, but at what cost?

“Run and gun or sneak and hack through Skynet’s defences! Level up your skills and explore a post-apocalyptic world for scraps to trade and craft! Interact with a motley group of survivors and change their fates!”

With the release date finally here, fans and critics have been passing judgement on the brand new Terminator game.

Interestingly, it looks like there’s a big divide between Terminator fans and critics in the review stakes.

“It takes a license and slaps it on a distinctly average game,” the review continues. “And then stomps on the best bits of the license so all that’s left is the cool-looking T-800 and some vague references.

IGN agrees, awarding the game a below average 4/10: “The most disappointing thing about Terminator: Resistance isn’t merely that it’s bad, it’s that it’s bad and yet it’s probably still the best Terminator game I’ve ever played.

“If you’re in the mood to mindlessly mow down waves of authentically modelled T-800s to the rhythm of Brad Fiedel’s iconic theme music, then Terminator: Resistance may well be adequate enough. But while there might already be a truly great Terminator game in some alternate universe’s timeline, in this one the wait continues.”

The average reviews continue over on Push Square, where the game scores a slightly more respectable 5/10.

“Despite feeling out of date in one too many key areas, Terminator: Resistance manages to serve up a campaign just about worthy enough for those looking to switch their brain off and enjoy some mindless action.

“Its efforts to heighten the importance of relationships and interactions go a long way to differentiating the experience but held back by technical deficiencies, the vision isn’t quite fully realised.”

But it seems as though Terminator fans don’t share the same negativity as the reviewers, especially over on Steam.

So far the game has ‘Very Positive’ reviews from players, which translates to a 9/10 score on the Google landing page.

Most fans agree that while the visuals aren’t the best and the AI isn’t great, Terminator Resistance is a fun game with plenty of tension.