Tesco agrees sales of businesses in Thailand, Malaysia for $10.6b 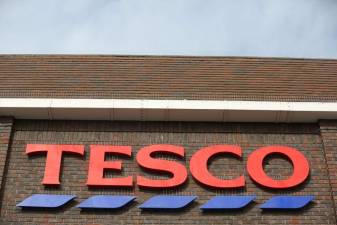 LONDON: Britain’s biggest retailer Tesco said on Monday it will return $ 6.6 billion (5 billion pounds) to shareholders after agreeing to sell its businesses in Thailand and Malaysia to Charoen Pokphand Group for an enterprise value of $ 10.6 billion.

The UK supermarket group kicked off a review of its Asian businesses in December after receiving interest in the assets, signalling a further retreat from its once lofty global ambitions.

Following completion of the disposal to the Thai group controlled by Dhanin Chearavanont, Tesco intends to return cash to shareholders via a special dividend with an associated share consolidation.

Tesco said the deal is conditional on the approval of its shareholders and regulatory approvals in Thailand and Malaysia, which is expected during the second half of 2020.

The deal’s completion would mean Tesco’s only overseas operations, apart from Ireland, would be its central European division, consisting of stores in the Czech Republic, Hungary, Poland and Slovakia.

“This sale releases material value and allows us to further simplify and focus the business, as well as to return significant value to shareholders,” said Tesco Chief Executive Dave Lewis. – Reuters