Tfue has been accused of cheating in Cash Cups 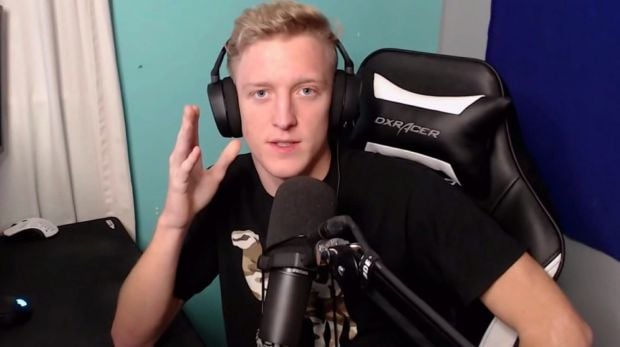 Fortnite star Tfue has been making use of the game’s less than clear ruleset to place higher in Cash Cups. The community are split on whether or not this should be considered as cheating.

Although many players question their competitiveness, Cash Cups have been a regular part of the Fortnite schedule for a while now. With the format so heavily favoring eliminations over placement, matches tend to devolve into an all-out W-key fest, full of storm fighting and questionable decision making.

This, coupled with the fact that lobbies become increasingly harder as you gain more points, means that doing well in the first few games is vital if you want to finish in the money. It seems that, knowing this all too well, Turner “Tfue” Tenney has recently been exploiting the system.

Tfue switches accounts when hes doing bad everytime to reset the cup? Can I do that too?

On multiple occasions he has swapped from his normal account over to his “PeenPapi” alt. This gives him a fresh start with 10 matches to play, and a low elo lobby to potentially pick up an easy high-kill win.

Tfue’s reasoning for the account switch is to avoid stream sniping. Currently the most popular Fortnite streamer by a long way, it is safe to say that his matches are far from ordinary. Tuning into his Twitch channel is like watching Call of Duty Zombies, with endless waves of fans and clout chasers trying to get some screen time.

Regardless of the intention behind this, it is still a concern. Players should not be able to get a second try at a Cash Cup just because they had a bad start. In terms of the official rules surrounding this, it’s somewhat of a grey area.

Some people may remember that a few months ago, controller pro Aydan “Aydan” Conrad received a temporary ban for smurfing on an alt account. Again, there was no malicious intent, Aydan was just hoping for shorter Arena queue times, but after a massive 41 kill game, his account was banned live on stream.

This sort of thing undoubtedly happens a lot more than we know, and this particular case has only come to light because of Tfue’s fame. It is yet another issue with online, open events, which doesn’t have much of a solution.

Without clear and concise rules in place, it would seem unfair to punish Tfue if Epic did see this as a form of cheating. Similar to the situation with Aydan, it would make more sense to enforce any bans or warnings on the secondary account, at least in the first instance.