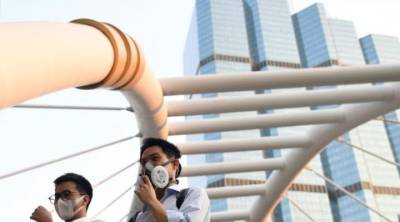 BANGKOK: Thailand on Friday outlined a stimulus package, estimated to be worth more than $ 3.2 billion, to mitigate the impact of the coronavirus outbreak on activity in an already-flagging economy.

Southeast Asia’s second-largest economy is growing at its weakest pace in years due to soft exports and investment. The epidemic continues to hit tourism, which was a bright spot.

The value of the package was not given on Friday, but Uttama earlier said it would be worth more than 100 billion baht ($ 3.17 billion) and would seek approval from the whole cabinet on March 10.

The government will give 2,000 baht each to low-income earners, farmers and independent workers, he said.

It will offer higher tax benefits on some long-term fund investments to support the stock market.

Measures to help airlines will be considered later, said Kobsak Pootrakool, secretary to the economic cabinet.

He said first-quarter economic performance would not be good, with the epidemic currently slashing foreign tourist numbers by about 50%.

Thailand’s economy grew 2.4% last year, the weakest in five years. Growth this year is likely to be much lower, with Kasikornbank’s research center predicting it at just 0.5%, the lowest since 2009. -Reuters