Thailand shooting map: What happened in Thailand – TIMELINE of... 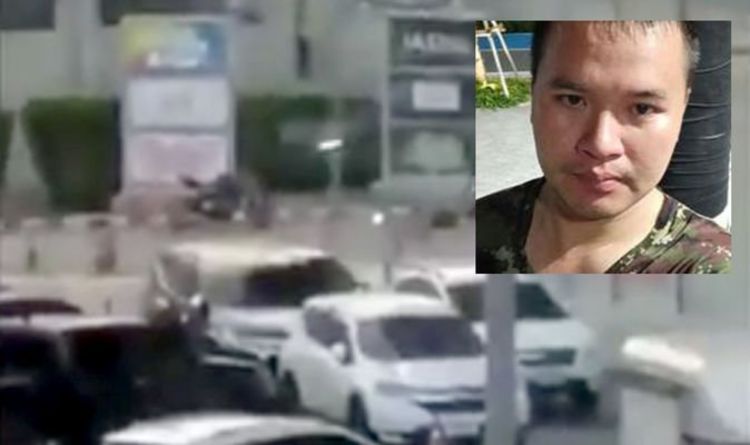 Soldier Jakraphanth Thomma, a junior officer, is still missing after going on a dramatic gun rampage in the city of Nakhon Ratchasima (also known as Korat) today. At least 12 people have been killed as the Thai soldier opened fire at a Buddhist temple and at a shopping centre in the city, north-east of Bangkok.

What happened in Thailand today?

“The gunman used a machine gun and shot innocent victims resulting in many injured and dead,” a police spokesperson said.

Footage taken at the scene shows the suspect getting out of a car in front of the Terminal 21 shopping centre in the Muang district.

Unconfirmed victims include police officers and a motorbike taxi driver, who are all believed to have tried to stop him.

Authorities have been sealing off the centre as they try to track down the suspect, who is reportedly inside the building.

Police have warned people to stay at home until the gunman has been tracked down.

Where was the attack?

After moving through the City, the gunman entered the Terminal 21 shopping centre in the Muang district.

The centre is about 250km (155miles) from Bangkok – roughly a three-and-a-half-hour drive.

Police have sealed off the mall in a bid to locate the shooter.

British expat wrote on Twitter: “A 2km radius around Terminal 21 in Khorat city has been put in lockdown after a soldier went on a shooting rampage.

“Local media are reporting multiple deaths. This is ongoing.”

Who is the suspect?

Jakraphanth Thomma is a soldier who is stationed at the Surathamphitak military camp.

He posted on his social media accounts during the attack, with one post on Facebook asking whether he should surrender.

The soldier had earlier posted an image of a pistol with three sets of bullets, along with the words: “It is time to get excited” and “Death is inevitable for everyone”.

He also posted a picture of what appeared to be his hand holding a gun, but his page now appears to have been taken down.

The suspect’s motive remains unclear, however he is thought to have had been involved in an argument about a land deal.

A police officer told local media he shot two people who were involved, another soldier and a woman. He said a third person was injured.