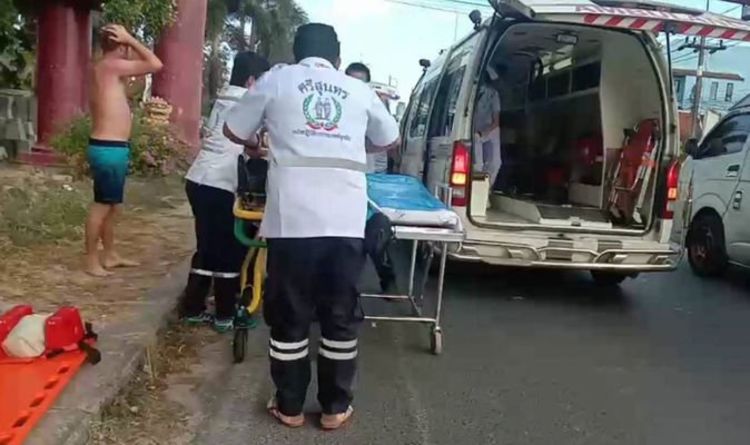 Bobby had been at the water park with his older brother Billy, seven, and his parents William and Sumitra, both 35.

His mother told police that while she was watching the eldest brother play in the water, Bobby ran around the edge of the pool and slipped into the water.

Police Captain Yanpatr Malai from the Thalong district station said: “The boy’s mother and father were very upset yesterday, they could not believe their son was gone.

“There were also many tourists gathered around the pool who were shocked by the incident. The mother and father were sitting crying at the edge of the pool uncontrollably.

“The staff said that the boy had been brought from the bottom of the pool in an unconscious state. He was given treatment at the scene and taken to hospital but died later.”

The Blue Tree Water Park, which only opened last year, said in a statement yesterday that they are “deeply distressed”.

They said: “We are deeply distressed to say that there was a tragic accident today, February 23, at Blue Tree, Phuket.

“A three year old boy wandered into the Landing Pool area of the busy slide area this afternoon.

“He stumbled and fell under water after which he was spotted by one of the lifeguards on duty who came to his immediate assistance.

“He was given mouth-to-mouth resuscitation and rushed to Talang Hospital by an ambulance that arrived promptly after being called.

“Sadly he could not be revived. The Landing Pool area is strictly for those coming down the slides.

“Sunday is a very busy day. There are highly-trained life guards positioned at the bottom of the slides to watch people coming down for the purpose of ensuring their safety.

“His parents are understandably devastated and we continue to offer our support in any way possible. We are all deeply upset by this extremely sad incident.”