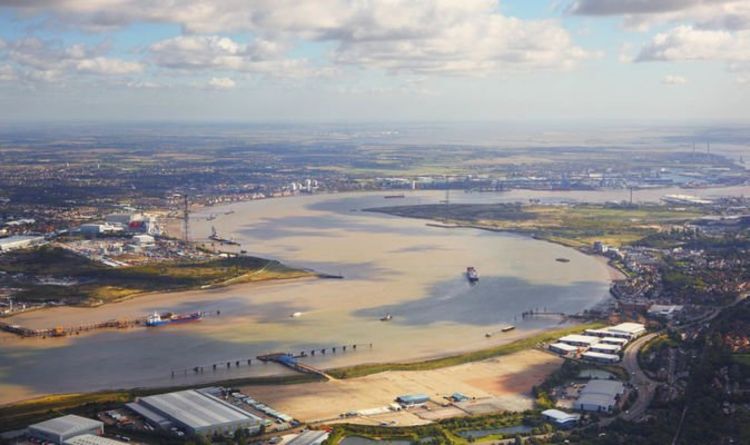 Focusing on the hinterland comprising east London, north Kent, south Essex as well as the river itself, the Thames Estuary Growth Board has now launched the first stage of its vision, its Green Blue two-year action plan. Leading the charge is Kate Willard, Thames Estuary Growth Board envoy and chair, who commenting on the potential and challenges said: “We now have a fully formed and exceptional private/public growth board, who are working to leverage significant amounts of private sector investment and make the estuary the most compelling investment proposition in the world.”

Among current plans are ones to increase the freight and passengers moved on the river by 25 per cent and 50 per cent respectively during the next five years.

The board is also establishing a hydrogen production, storage and fuelling infrastructure to support a shift to green vessels and support green, land-based transport.

This will enable the region to deliver on the Government’s agenda for jobs, clean air, productivity, and international trade.

There are currently around 30 projects in development across sectors including transport, infrastructure, leisure and culture. Among them is the ambitious Lower Thames Crossing – a 2.6-mile tunnel, the longest in the UK, connecting communities in Kent, Thurrock and Essex.

The Thames Estuary is also seen as well placed to become one of 10 freeports proposed for the UK, operations that will have different customs rules to other UK ports.

As well as tariff flexibility, customs facilitations and tax measures, the freeport will offer wider benefits for businesses such as planning reforms, funding for infrastructure improvements and innovation incentives.

In Swancombe, Kent, the London Resort will be one of Europe’s largest construction projects and three times larger than any other comparable venue in the UK.

Transforming 535 acres into two theme parks, a water park, and 3,500 hotel rooms, it expects to create some 30,000 jobs in what is forecast to be one of the largest immersive experience centres in the world.

The historic London markets of Smithfield, Billingsgate and New Spitalfields will coalesce into one market, located in Dagenham Docks, by 2023. The 42-acre site will then become the country’s largest wholesale food destination.

As part of its drive to support creative and cultural projects to position London and the south-east as a world leader in the creative industries, the Board is working with Arts Council England to implement its new strategy ‘Let’s Create’, developing the Thames Estuary Production Corridor and overseeing an estuary festival in spring 2021.

Collaborating with Transport East, Transport for South East and Transport for London, a co-ordinated approach across the region will improve connectivity.

The Green Blue’s mission now is to attract business and investors, boost connectivity to and in the area, bring clarity to the housing debate, regenerate infrastructure, and create jobs.

Willard added: “The Thames Estuary is brimming with potential, just waiting to be tapped into. The government recognises this, which is why it is viewed as integral to the future of the UK economy. But real growth is about more than nuts and bolts – it’s about people.

“That is why our board is here. We build partnerships; we create opportunities; we work closely with local communities. We do all this and more to make the most of the possibilities the Thames Estuary offers. Ultimately, we are here to get things done.”

The National Guard’s Fire-Mapping Drones Get an AI Upgrade

Tom Simonite More than 3 million acres of California have burned this year, and 18,000 firefighters are still battling 27 major wildfires across the sooty...
Read more
Business

US markets have seen a huge boost in the wake of last week’s selloff. But investors will remain cautious ahead of the US Election...
Read more
Business

Lauren Goode At the start of the pandemic, Nextdoor saw an 80 percent increase in users, as people flocked to the neighborhood app to get...
Read more
Business

However, there are some signs of recovery as retail sales have rise back above pre-pandemic levels. The Eat Out to Help Out in August also...
Read more
Business