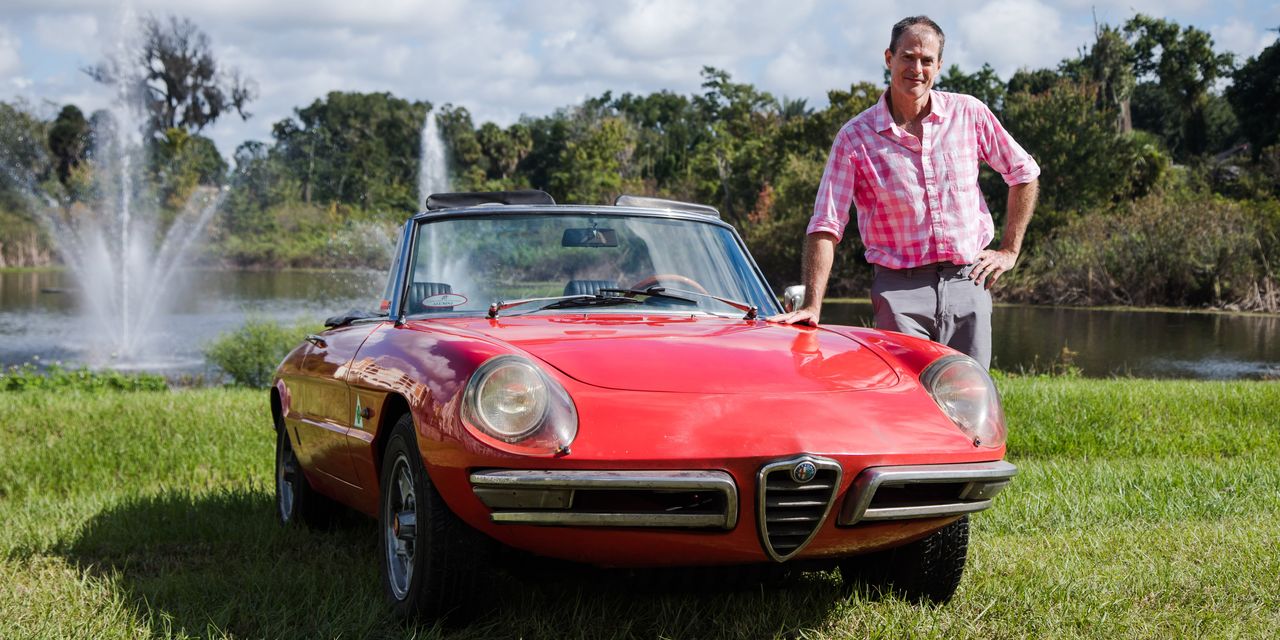 I grew up with a bunch of gearhead brothers who always had a lineup of cars they were working on at our house. I also grew up with a mom who cultivated in me an appreciation for history and art. My dad grew up during the Depression, and so he always fixed things rather than throwing them away, and my grandfather worked for the Pennsylvania Railroad and helped build tanks during World War II. All of that comes together in me, in my love for vintage cars.

The first time I saw an Alfa Romeo—one of my brothers brought one home when I was a kid—I was smitten. I’m still smitten with Alfas. Even the logo I find fascinating, as it tells a story that goes back hundreds of years. It has the traditional cross of Milan and the symbol of a ruling family of Milan during medieval times. [Alfa Romeo was founded in Milan in 1910.]

Photos: Here’s to You, Alfa Romeo

A gearhead with a thing for Italian cars shows off his 1967 Duetto Spider, the model featured in ‘The Graduate’ with Dustin Hoffman

From an early age, Clark Daily was smitten by Alfa Romeo cars. He rebuilt much of this 1967 Alfa Romeo Duetto Spider himself.
Betsy Hansen for The Wall Street Journal
•••••

When I was at university, I did some studying in Italy, and people would make fun of me because I would go around with a camera taking pictures of cars. Alfas, Fiats, Maseratis. Those cars were like art on wheels.

The Alfa Romeo you see here is one of the most famous Alfa models ever made. It’s the model that Dustin Hoffmandrove in the movie “The Graduate.” In fact, my car is the same model and the same color. Around the time Alfa first unveiled this model in 1966, the company had a public naming contest, and the name Duetto won. It means, literally, duet, signifying a car built for two.

I bought my Duetto in 2005 for $ 3,000 from an old lady who had let it sit in her garage for about 10 years. So nothing was really working. I had to rebuild some of the engine, the carburetors, the brakes, the electrical. In their day, these cars had a reputation for being unreliable, but I’ve never had any problems outside of the normal wear-and-tear. One of the things I love about the car is how it represents classic European design from an era before there were so many restrictions.

Write to A.J. Baime at myride@wsj.com

More From My Ride