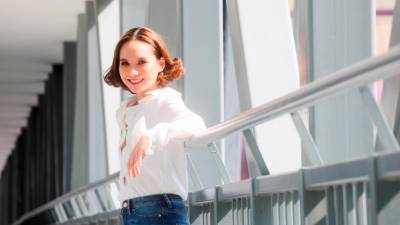 PUT Jasmine Suraya Chin in any role, and you can be assured that she will give a convincing performance. Some of her most memorable performances include that of a grieving widow in the action-packed 2018 film Paskal, and a persistent journalist who asks tough questions in the political thriller Daulat.

In November, this 30- year-old actress will begin shooting her new film Yaya under the direction of Mark Lee, where she plays the role of a humanitarian doctor. She will be acting opposite award-winning actors such as Nam Ron and Bront Palarae.

But beyond her glamorous life as an actress, Chin is also a devoted animal lover. She contributes 5% of her income from acting assignments and investments to several animal shelters that are dedicated to saving stray dogs and cats.

She also advocates for her friends and family to do the same.

“My heart breaks whenever I read about or watch a video where people are cruel to animals,” says the actress who graduated with a degree in Political Science and Economics.

Chin started out as a financial reporter for a local newspaper, before pursuing an entertainment career.

She also worked as a television host for some time before becoming an actress.

“I am not forcing you to be an animal lover like me,” says the kind-hearted lass. “All I am asking is for you to be compassionate and cause no harm to animals. These animals do not deserve our cruelty.”

One of the animal shelters to which she contributes regularly is called A Pet’s Journal, which looks after sick and injured dogs.

“These dogs need medical attention, which is not cheap.

“[A Pet’s Journal] sells biscuits and meatloaves to fund the shelter. I usually buy a few and distribute them amongst my friends. I know my money is being put to good use.”

Another animal-related charity organisation that Chin supports is Cherished Life.

“What I like about this [particular] organisation is that they never cage the animals they rescue,” she says.

“They allow them to roam freely. No animal should be caged.”

Unsurprisingly, she detests the concept of zoos, where animals are often caged.

“Humans can’t stand being in a prison, and I am sure the animals feel the same way,” she says.

“Zoos should be abolished. I think we should have more sanctuaries instead of zoos. At least in sanctuaries, the animals will have more room to roam around.

“Animals were born to be free, not to be caged.”

She also does not like the fact that animals are used for entertainment purposes, such as in circuses. Last year she visited Thailand, and saw elephants that were being used to carry tourists.

“It was so sad to see how these elephants were chained with their babies in such a cruel manner,” she said.

“I could not contain my anger. I was shouting at the people who were using these elephants as a tourist attraction.”

Her love for animals began after she had her first dog, which she called Poco, when she was seven years old.

“My mother got Poco from the market,” she says.

“Once Poco was no longer around, my mother got another dog, Trixie from the market, too.

“When my father passed away in 2014, Trixie was very sad. Six months later, Trixie passed away.”

Currently she has a new dog –that she lovingly calls Dog Dog – to keep her mother company in Kuching.

Unlike Poco and Trixie, Chin adopted Dog Dog from the Society for the Prevention of Cruelty to Animals (SPCA) in Kuching.

Sadly, in Kuala Lumpur where she is currently based, she does not have any dog as a pet.

“I am always so busy with my work and I cannot give a dog the attention it needs,” she says.

“That will not be fair to the dog, so I decided not to adopt any dogs here.”

Chin’s first experience with charity work began way back in 2012, when she got involved in a community project called Novels for Nepal, where she and her friends bought books to be sent to a school library in the Nepalese village of Yalbang.

She is no longer attached to the project. But she has not lost her desire to make the world a better place.