The Anti-Trump Movement Will Outlast Trump 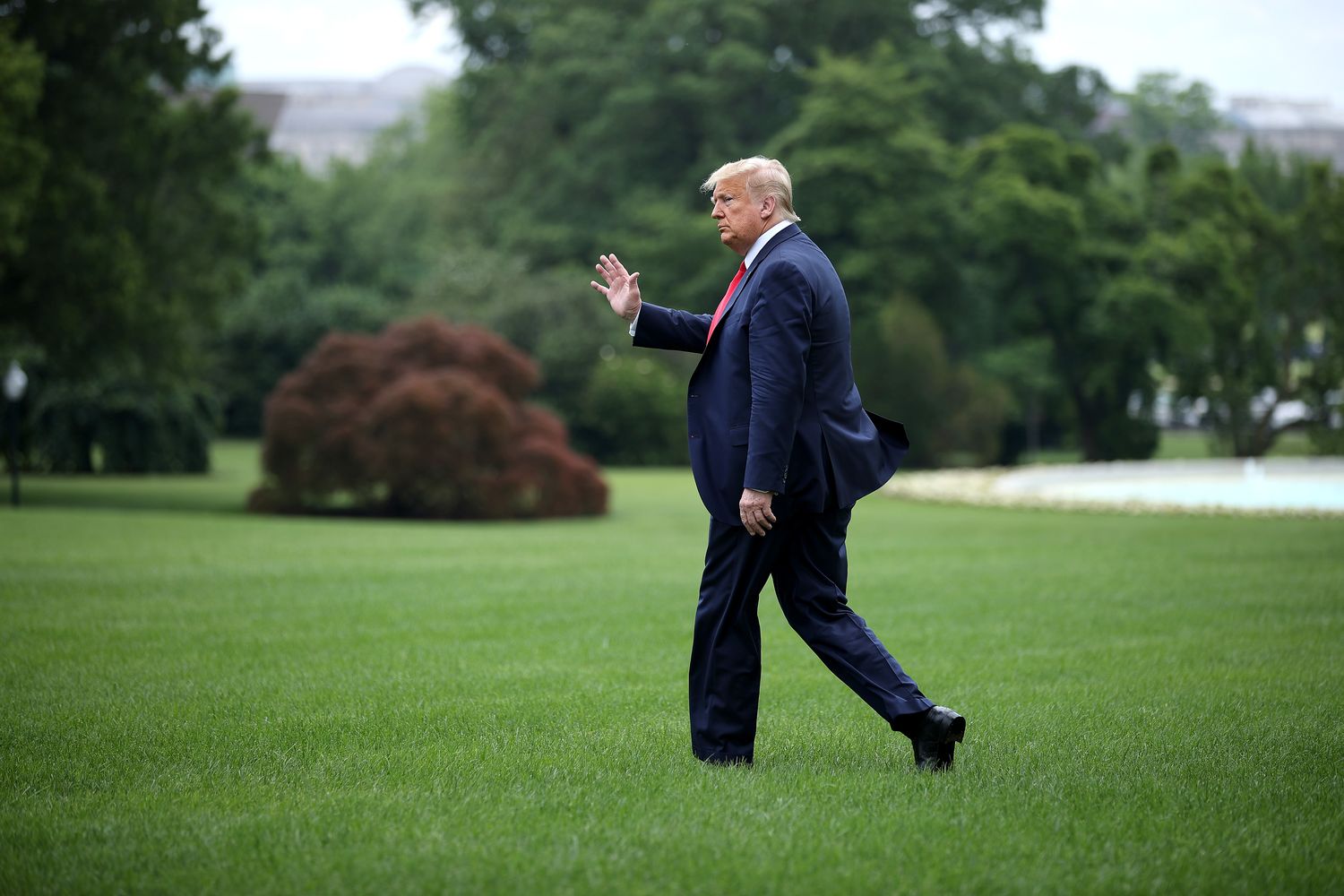 What will happen to these strange bedfellows? Perhaps they will wake up in the morning, mumble some awkward goodbyes, and quickly push the evening out of memory. Or maybe they will shyly offer that they enjoyed this time together, exchange numbers, and suggest maybe, you know, if not too busy, it would be fun to see each other again.

It is primarily revulsion toward Trump personally — his vulgarity, his mendacity, the heedlessness and even nihilism of his approach to governance — rather than ideology that has led such prominent conservative voices as Will, Peggy Noonan, William Kristol and Bret Stephens to declare Trump a public menace and either endorse Joe Biden or express affinity for his cause.

Recent weeks, however, have pushed the ideological dimension closer to the surface. A combination of pandemic-driven fear for the future, rage over racial inequality or backlash to racial unrest and Trump’s scab-picking style of politics has amplified radical voices across the spectrum. In such an environment, there are a host of issues on which traditional liberals and traditional conservatives generally are more in sympathy with each other than they are with the most inflamed precincts of left or right.

What’s more, many of the questions on which liberals and conservatives share common assumptions have an intimate edge. That is, they touch on core values — how people perceive themselves and their place in the world — more than they do programmatic details of policy. Historically, values debates have the most staying power in American politics. This suggests the possibility of a fundamental shift in the ideological landscape, in ways that could create new divisions within both parties.

The values questions that could drive such a shift include:

What is the morality of cancel culture?

Nearly a century ago, Justice Louis Brandeis gave his famous answer about the right response to false or wrongheaded political speech: “The remedy to be applied is more speech, not enforced silence.”

Traditional liberals and conservatives are in agreement on the enduring wisdom of that philosophy. Activists to their left and right, by contrast, disagree in detail but agree that in newsrooms, on campuses, on social media, or even during the national anthem at sports stadiums, there is a widening sphere of speech and politically infused gestures that are so offensive they should be suppressed, shamed and punished.

A vivid illustration of the point came with forced departure last month of New York Times opinion editor James Bennet, after passionate protests within the Times over the decision to publish an op-ed by Sen. Tom Cotton (R-Ark.) urging that the military be used to put down violence during nationwide protests over the police killing of George Floyd.

Shortly after Bennet’s ouster, the Times op-ed page featured on one day, June 12, one of its conservative columnists, Stephens, and one of its liberals, Roger Cohen, both decrying the tendency of activists and even some journalists to want to shut down offensive views.

These kind of speech arguments, once mostly confined to campuses, are increasingly at the center of American political life, as highlighted by a Trump-fanned furor starting in 2016 over pro footballer Colin Kaepernick taking a knee during the national anthem to support Black Lives Matter.

How broken are American institutions?

Decline in trust for American institutions — not just government but universities, media, churches, and corporations — has been a decades-long trend, one Trump capitalized on with his blustery anti-establishment message in 2016. His years in power have had the effect of calling the question: What is the remedy to this erosion in public confidence?

The pro-Trump right and the anti-Trump left are filled with activists who believe institutions have earned their contempt by being fundamentally not on the level — filled with self-dealing elitists. Some people nod their heads to Bernie Sanders speeches and others to Tucker Carlson monologues. Both sides are eager to see institutions sharply challenged, with root-and-branch overhauls — admissions policies transformed, executives taxed or even jailed, monopolies demolished, and so on.

Liberals and conservatives, on the other hand, tend to fret over institutions. They have lots of ideas for how to make them more responsive to their times or improve their reputation. But these are typically incremental in nature and flow from the assumption that a healthy society is animated by respect for institutions, and one animated by contempt is in deep trouble.

The recent role of Chief Justice John Roberts, who took flight from his own past conservative views in order to side with Supreme Court liberals on key abortion and sexual discrimination cases, highlights how the Trump years may spawn ideological coalitions that outlast Trump. Roberts was likely motivated by a desire to protect the Court as a trustworthy institution — one in which justices don’t just vote in favor of their political preferences.

How linked are merit and success?

Well might someone respect institutions — Harvard University, Goldman Sachs, The Washington Post, and so on — if such places have been the source of lavish psychic and material rewards. The most influential liberals and most influential conservatives in establishment politics typically have reaped those rewards. These winners may wish to expand the number and diversity of people joining in success. But these people typically don’t regard their own success as unmerited, or deserving of confiscatory taxation, or the result of illegitimate structural advantages that should be demolished by the time their children are competing in the meritocratic derby.

Many on the left, in contrast to traditional liberals, do believe that large fortunes are by definition wrong as a matter of public policy. Many on the right don’t believe that huge financial success should be banned as policy — where would that leave Trump? — but they often do believe that a supposedly free market in practice is skewed to favor people who are already successful, and that class and cultural bias works against them.

What is the aim of racial progress?

Race is the only real competitor to class for its power to drive American politics. The argument that expanding the circle of success to include outstanding African Americans — exemplified by Barack Obama’s presidency — had done little to dilute systemic racism as experienced in everyday life for millions of people was gaining power before Trump’s presidency. In 2020 that argument is at the center of national conversation in ways that almost certainly will remain there after Trump leaves office.

Traditional liberals and conservatives often believe that a color-blind society may never be perfectly attained, but it remains the ideal—and one that the country for all its problems is moving ever closer to achieving. Many on the left believe that race is central to nearly every chapter of American history and nearly every contemporary American institution.

The left agrees with The New York Times’ celebrated 1619 Project, which stated, “Our democracy’s ideas were false when they were written.” Many liberals and conservatives alike agreed with highly regarded liberal historians, like Princeton University’s Sean Wilentz and James McPherson, who argued that much of the 1619 Project was more of a political tract than serious history or journalism, and that it distorted the role of whites in confronting racism, abolishing slavery in the Civil War, and working in the 20th Century and currently to narrow the gap between American ideals and American practice.

Will all these divisions, so raw in the 2020 context, stay so inflamed once Trump leaves his position as national inflamer? There are two different grounds for skepticism.

One is that these are anomalous times. Once Trump leaves so too will the incentives that drove liberals and conservatives together in opposition. They will go back to arguing about marginal tax rates, deficits, minimum wage and corporate regulation. Liberals will be happy in a more or less comfortable alliance with more radical voices in the left, and conservatives will do the same with the right.

The other reason for skepticism is that these are not really anomalous times. When we see liberals and conservatives finding common ground in anti-Trump sentiments what we are mainly describing is fellow elites seeing the world similarly. That’s a familiar phenomenon, but perhaps not an especially consequential one. A signature of the Trump years is that elites of all stripes are on the defensive and worried with good reason that their influence is waning.

Maybe so. But it isn’t politics as usual when prominent Republicans, like the veteran operatives of the Lincoln Project, marshal support for the Democratic presidential nominee, and once-scorned backers of George W. Bush’s Iraq War like Kristol or David Frum find themselves embraced by the liberal resistance. Something big is happening.