The Beatles break-up: Paul McCartney admits ‘I bought into the... 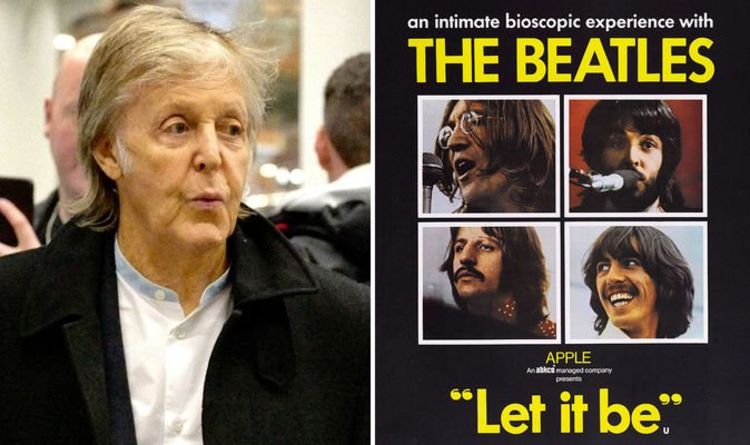 The Beatles broke up 50 years ago following the release of their final studio album Let It Be. And with it came the movie documentary of the same name, giving fans a behind-the-scenes look at their recording sessions for the album. Of course, the film was seen in the context of the break-up, which is something that Sir Paul McCartney has admitted he bought into. But more recently the 78-year-old has changed his mind about those 1969 Let It Be sessions after seeing something extraordinary.

Speaking with Sean Ono Lennon, for a special BBC Radio 2 programme called John Lennon at 80, Sir Paul shared how the footage he’s seen for Peter Jackson’s upcoming Let It Be documentary gave him an entirely new perspective on such tumultuous period in the band’s history.

Sean said: “I’ve had little glimpses of some of the studio banter from the Let It Be period and it just made me think like, ‘Wow,’ you know, growing up, there was always this myth that things were a bit grumpy or whatever.

“There was this mythos around the film and everything.”

READ MORE: The Beatles: Peter Jackson’s Let It Be documentary DELAYED to 2021

However, the revisionist documentary The Beatles: Get Back, which hits cinemas next August, has changed all that.

Sir Paul said: “But then talking to Peter Jackson, when he was looking at the 58 hours of outtakes, I said, ‘Well, what’s it like?’ kind of thing, expecting him to say, ‘Well, it’s very gloomy. You’re all arguing all the time.’

“He says, ‘No’, he said exactly what you just said. He said, ‘It’s amazing. You’re like jolly and stuff.’ And he showed me some bits.

“And it’s just great. It really made me happy. Because I know, for years there, I thought ‘Oh God, The Beatles broke up, and it was acrimonious and we were arguing and oh’, which happens in a divorce, you know?”

‘I, admits, Beatles', bought, breakup, gloom, happened, into, McCartney, Paul, this, until