The Beatles: John Lennon's letter to the Queen EXPLAINED –... 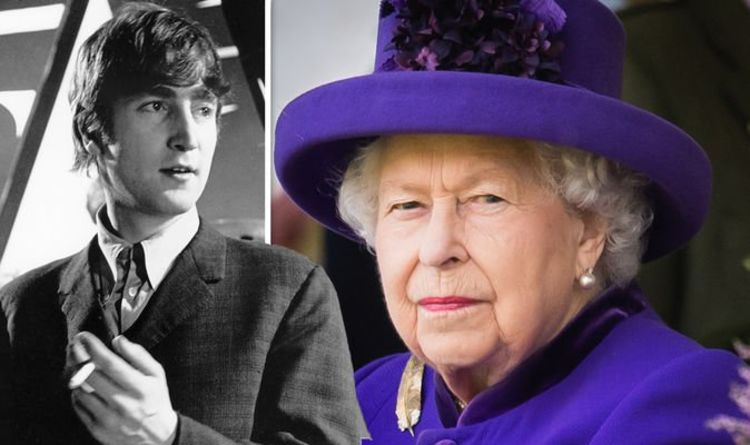 On October 26, 1965, John Lennon, Paul McCartney, George Harrison, and Ringo Starr all attended Buckingham Palace. Their arrival was expected by the Queen, as they were being awarded Member of the Most Excellent Order of the British Empire (MBE) medals. This was of course a wonderful honour, and was welcomed by The Beatles who were just two years into their careers at the time.

But John sent the Queen a letter four years later, in which he explained he was returning his MBE.

His chauffeur, Les Anthony, returned the insignia to the palace on November, 25, 1969, along with a hand-written letter addressed to her Majesty.

The letter read: “Your Majesty, I am returning my MBE as a protest against Britain’s involvement in the Nigeria-Biafra thing, against our support of America in Vietnam and against ‘Cold Turkey’ slipping down the charts. With love. John Lennon of Bag.”

As stated by John himself, there were a number of reasons he did this, but the bizarre exchange has now been explored further by his son, Sean Ono Lennon.

Sean recently spoke to George Stroumboulopoulos – STROMBO – with Apple Music Hits to mark what would have been his father’s 80th birthday.

Talking about the letter, Sean mentioned the single, Cold Turkey, which was written and performed by John and his wife, Yoko Ono.

According to The Beatles’ personal assistant, Peter Brown, the song was written in a “creative outburst” in response to both Yoko and John’s brief heroine addictions – although Lennon’s personal assistant Fred Seaman claims the track was actually about a severe case of food poisoning suffered by the pair after eating Christmas leftovers.

The track was the second solo single issued by the Imagine singer and reached number 14 in the charts in November 1969, before falling drastically the following week.

Sean said: “Famously the single didn’t do well, and he hilariously, wrote that letter to the queen of England returning his MBE.

“I mean, it was a big deal to return the Member of the British Empire thingamajig that he was given. To the Queen, that was very irreverent. I mean, it was pre-punk rock irreverent, and frankly, maybe more punk than anything the punks did really!”

On how the letter was more of a joke than initially thought, Sean continued: “He does it in such a funny way. That’s what I love.

“I can’t remember the exact wording, but he says something like, ‘Your majesty, I’m returning the MBE in protest against the Vietnam War and the Biafra thing.’ He goes, ‘And in protest of Cold Turkey slipping down the charts,’ which I just think is great. It’s funny.

“He’s being nice to her. He’s not being rude. So he manages to kind of be irreverent and be funny at the same time.

“But what they can’t fight and they don’t know how to fight, is love and humour.

“And I feel like that MBE letter where he returns the MBE to the queen, he manages to protest the Vietnam War, protest aristocracy, and monarchy and all that kind of bulls**t. But he’s also really funny and sweet about it.”

Sean added a final point about the Cold Turkey single, and why his father was so upset about it not doing too well.

The 45-year-old said: “I know my dad was disappointed that [Cold Turkey] wasn’t a hit, but it was a side of him that wasn’t as commercial, because it was heavy and it was deep and it was about drugs.”