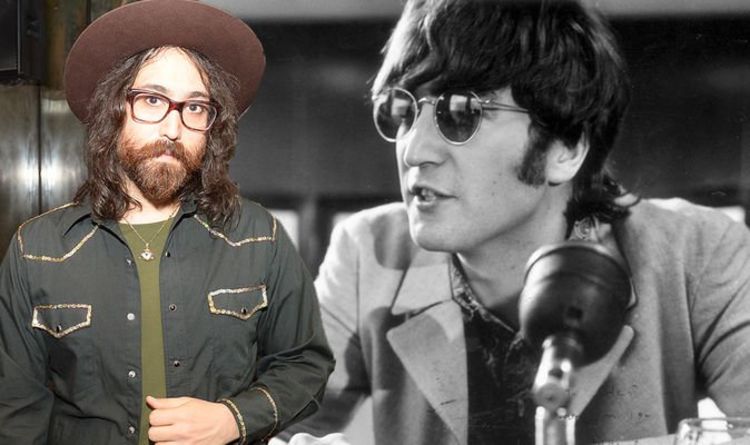 The Beatles came to an end in 1970. After just over ten years of working together, John Lennon, Paul McCartney, Ringo Starr, and George Harrison split somewhat acrimoniously, kickstarting the beginning of their own separate solo albums. A decade later, on December 8, 1980, John was murdered in New York by Mark David Chapman.

This weekend saw various celebrations on radio and TV marking the anniversary of the Beatle star’s anniversary.

To commemorate the life and legacy of the exceptional talent, John’s son, Sean Ono Lennon, sat down to listen to some of his best music, and discuss some of the behind-the-scenes stories of the star.

During his chat with Apple Music’s George Stroumboulopoulos – Strombo – Sean explained how one album in particular was difficult for him to listen to even today.

Double Fantasy was the fifth and final album released by John and Yoko Ono.

The album was released in November of 1980 – just one month before his murder.

READ MORE: The Beatles: John Lennon’s letter to the Queen EXPLAINED – ‘He’s NOT being rude’

The record features a number of love songs written for his wife Yoko.

After John’s death, the album won the 1981 Grammy Award for Album of the Year.

Sean spoke about the new John Lennon song collection he has overseen, Gimme Some Truth. The Ultimate Mixes.

The collection includes songs from all of John’s solo career, to which Sean said: “When we got to ‘Double Fantasy’, it was difficult for me personally because I remember [John and Yoko] making that record, and that was the record he was making when he died.

“So, I have a lot of trauma associated with that period, but a lot of nice memories too, obviously. And I wasn’t worried about that going in because I wasn’t thinking about that.”

Talking about working on his father’s music, Sean said: “I was just worried about f*****g it up … I’m really proud of it and, yeah, by the time we got to ‘Double Fantasy’, I was like, ‘Whoa, I better get a sip of water.’ It was pretty intense.”

Despite feeling a little bit traumatised about the time period, Sean did add: “It was beautiful too.

“Just hearing how much love my dad had for my mom and vice versa. And music is I think one of the best memory triggers

“And frankly, ‘Double Fantasy’ is not an album that I get up every day and like, ‘Hey, you’re going to listen to that.'”

Sean said: “So, I hadn’t heard those songs in a long time, and it was really beautiful and it was deep, but it’s not something that I would want to go through over and over again. It was all so emotional for me.”

Despite the emotional side of the collection, Sean did have some fun diving into the history books of his late father.

The 45-year-old later chatted with Strombo about Yoko messing with John’s work in the recording studio.

According to Sean, Yoko would turn John’s vocals up because he was a little “shy”.