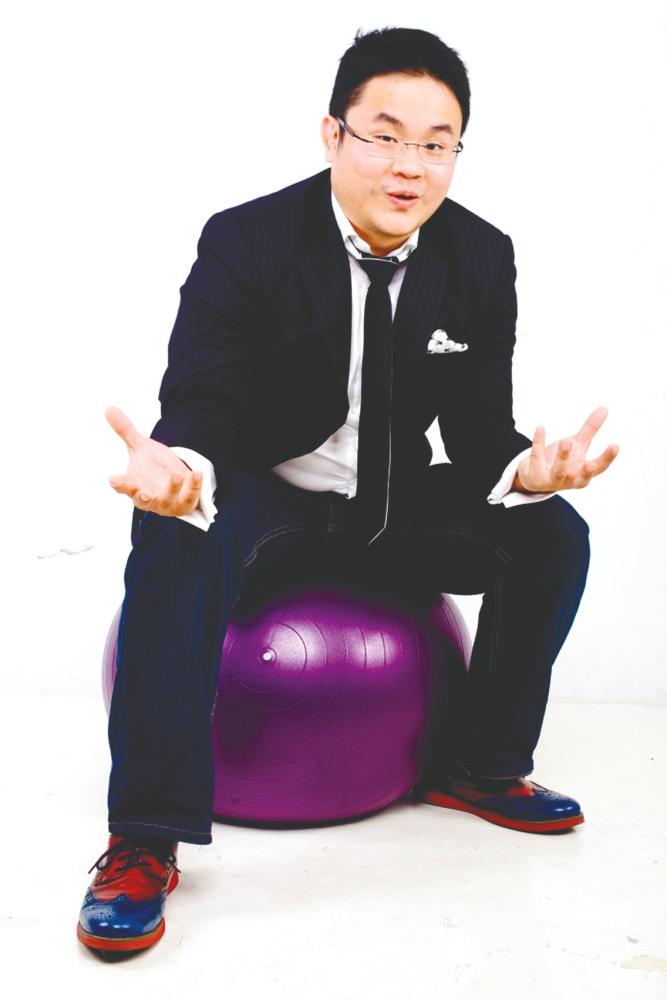 THANKS to the movement control order (MCO) I have been catching up on my sitcoms, and while watching Dr Ken starring Asian-American comedian Ken Jeong (of Community and The Hangover fame), I was reminded of our very own Dr Jason Leong.

Like Jeong, Leong was a practising medical physician who gave up his career to become a full-time comedian.

During a telephone interview, Leong said: “When I quit my job in 2013 … I had not heard of Ken Jeong yet. He wasn’t popular at the time.”

So the idea to quit his job as a doctor in pursuit of a career as a stand-up comic was Leong’s own personal decision.

When asked if he saw parallels between himself and Jeong, Leong said: “I have listened to his interviews. Yes, there are some parallels, such as he went to medical school, but he really wanted to be an actor. Besides Ken Jeong, there are other doctors around the world who quit their jobs to become some form of comedian, or to do comedy performances.”

Funnily enough, Leong was not pressured by his family to take up medicine.

“That was the weird thing. My parents did not pressure me. Studying medicine is expensive, and they did not really have much money. [But] I really wanted to study medicine and be a doctor.”

These days, those in the medical field are the frontliners in the war against Covid-19. I asked if he regrets leaving the profession when he did, or if he feels relief that he is no longer a part of it.

He said: “It is both. Initially I did feel a bit guilty because I have been in close contact with all my friends with whom I went to medical school. They are really on the frontline, sweating in their PPEs helping save lives. My wife is also one of them, she is an anesthetist. I do feel a bit left out, but I also feel nice not being on the frontline. I also think that in my capacity as a comedian, I am fighting a different fight on a different front.”

Leong is currently working from home, taking care of his infant daughter with help from his mother-in-law.

He has also been uploading videos online, under the title The All Day Show with No Budget with Jason Leong.

“There is no budget, just Jason Leong. It is basically my take on the news, spreading awareness, telling you to stay at home and to beware of fake news. I think this stuff is important as well, and I am privileged to do it. I am a different kind of doctor online.”

Leong believes stand-up comedy is where he performs at his best.

Leong explained: “Luckily before this I was already putting some clips online from home. It was a sporadic thing. During this MCO, I knew that as a comedian it was important for me to write, direct, edit and shoot.

“I already bought the camera and invested in audio equipment and some lights. This was before the MCO. When it happened, I knew I definitely needed to put something online, and I already had some basic knowledge [on how to do it]. I think I had an easier time pivoting and transitioning.

“Now it is just a matter of discipline, of putting up content regularly.”

We asked if he sees Malaysian-born comedian Ronnie Chieng (a regular on The Daily Show with Trevor Noah and who featured in the 2018 film Crazy Rich Asians) as a role model.

“Ronnie is a good friend of mine, he is a legend, he is very successful. I would be very lucky if I could achieve one-tenth of his success.”

Leong was planning to go to New York and perform at a few venues, but with New York being an epicentre for the pandemic, his plans have been put on hold.

“Maybe next year. Expanding my career beyond the shores of Malaysia is my number one goal.”

Right now many things are up in the air. Until a vaccine is found, social distancing and avoiding large gatherings has to be enforced. This will undoubtedly affect the entertainment industry worldwide.

Leong said: “I know that a vaccine will be available in a year, or a year-and-a-half. It has been predicted that in the short term there will definitely be no live events.

“Once the vaccine is found, there will be a huge rebound in live events. This is simply due to humans being social creatures, and wanting to partake in an experience together.

“One day when the vaccine is found, live events will return. I am keeping my brain sharp and coming up with new material. When the floodgates open and people rush back to live events, I will be ready.”

By Kasey Moore Hell on Wheels – Picture: AMCAmong the many high profile departures from Netflix in December 2020 will be a lesser talked about...
Read more