by Newslanes 1 year ago8 months ago
195views 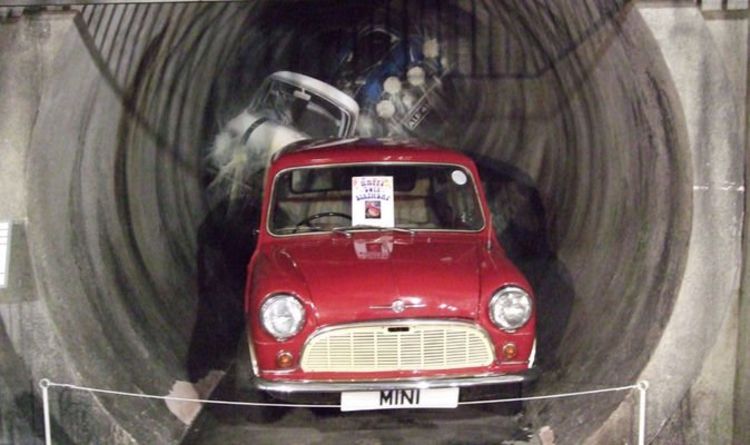 A study of 2,000 film fans saw the memorable six-minute-long pursuit – with the three iconic Mini models being followed by police, rolling down stairs and even scaling buildings – top the poll. Harry Potter and Ron Weasley dashing after the Hogwarts Express in a flying Ford Anglia in Harry Potter and the Chamber of Secrets is also considered to be one of the most memorable and exciting car scenes in movie history. This was closely followed by the T-Birds and John Travolta singing Greased Lighting while dancing on top of the Ford De Luxe in Grease.

Sneaking in at number four was the epic moment where the DMC DeLorean time machine leaves streams of fire as it travels ‘Back to the Future’.

And fifth place went to the notable scene in Thelma and Louise where the friends drive over the edge of a cliff together.

Chitty Chitty Bang Bang taking off for the first time, the T-rex attacking the jeeps in Jurassic Park and Letrell singing ‘A Thousand Miles’ in White Chicks also featured in the top 20.

Alex Brown, from Jardine Motors Group, which commissioned the research, said: “There are so many memorable moments featured in classic films where cars are the true stars – although not forgetting the stunt drivers who sat behind the wheel.

“It’s these scenes which have made certain movies so unforgettable.

“Even those who haven’t seen the films in question, tend to have some recollection or knowledge of these extraordinary screen moments.”

The study also found 28 percent of adults are more likely to enjoy films featuring cars in whatever form.

More than half revel in films with cars because they’re a fan of the incredible driving skills, with another one in five an admirer of the ‘movie magic’ used in car scenes.

And just over a quarter are as much of a fan of the actors in car-themed films as the vehicles themselves.

In fact, Steve McQueen – aka ‘The King of Cool’ – was named the greatest icon from these types of films, followed by Daniel Craig and Vin Diesel.

More than two-thirds agreed motor vehicles are an integral part of cinema history, while 68 percent said cars feature in some of their fondest memories of movies.

Movies enthusiasts even believe one in five of the movies they watch feature cars in a primary role.

It also emerged that James Bond’s Aston Martin DB5 was voted the most iconic movie car of all time.

This was followed by Doc Brown’s DeLorean from Back to the Future and the customised Paragon Panther featured in Chitty Chitty Bang Bang.

More than six in 10 even said they would like to see a movie car in real life and 39 percent have even fantasised about driving a car from a movie they loved as a child.

For more than a third, car chases and driving scenes can be the best thing about movies, with film fans believing they should last up to five minutes.

Although nearly one in 10 of those polled, via OnePoll, said the perfect movie car chase should be at least 10 minutes.

Alex Brown, from Jardine Motors Group, added: “As fans of all things automotive, it’s great to see that some of the timeless classics from cinema history are still as popular as ever.

“This is the perfect time of year to get together with friends and family to enjoy a film, and we hope that some of these iconic scenes make your list.”

To learn more about car cinema and view an infographic of these results, please visit https://news.jardinemotors.co.uk/lifestyle/car-moments