The boys and girls on the Zoom 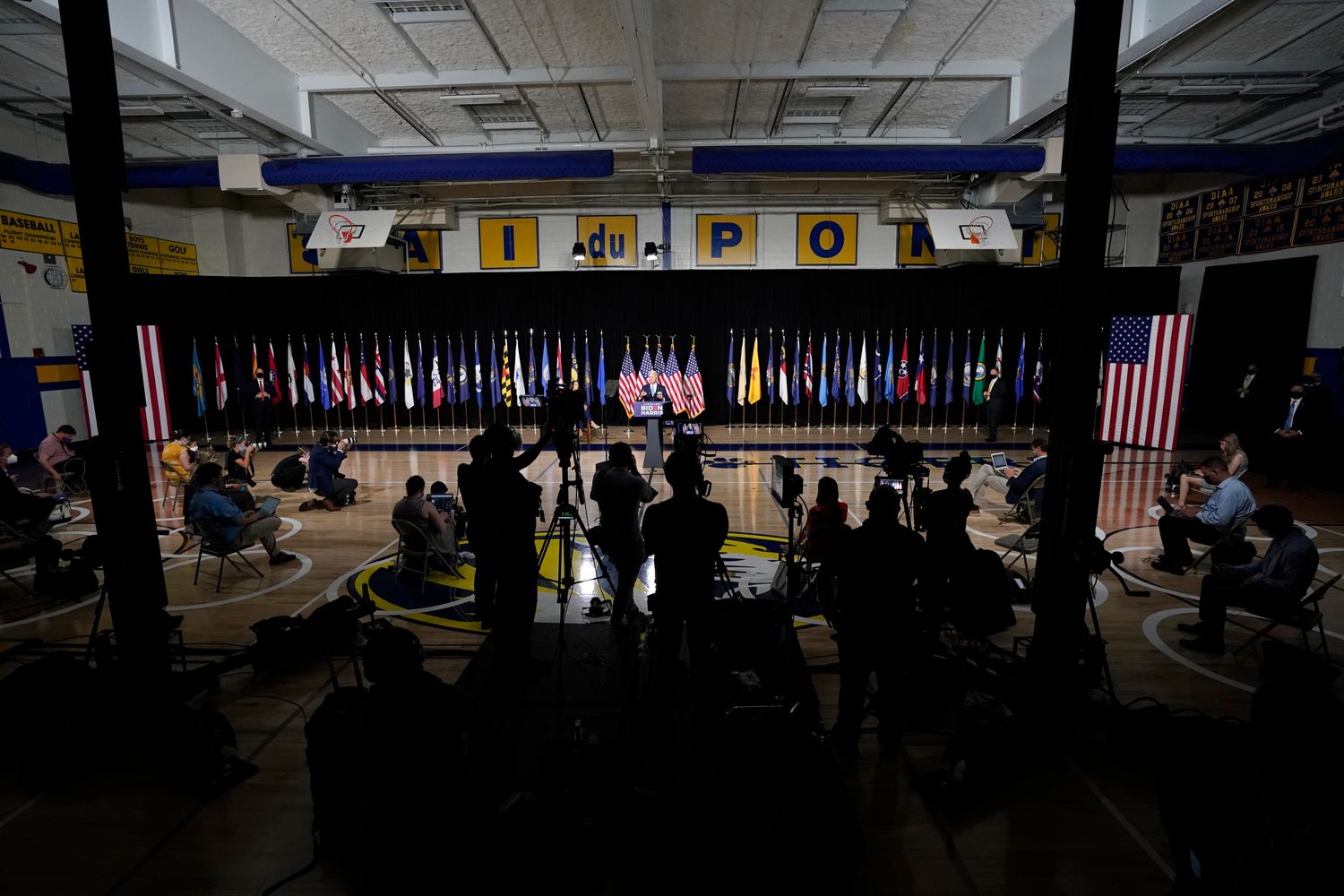 It’s not just the campaign color and serendipitous insights about the electorate we might all be missing this year—it’s also the rare, direct access to the men and women vying to run the country, and the observations and opportunities for accountability that come with it.

Progressives who think contemporary American history took a dramatic wrong turn when George W. Bush eked out his astonishingly narrow victory over Al Gore—and Bush, not Gore, led the country in the wake of 9/11—may still recall the narrative wars of the 2000 campaign.

An experienced but deeply skeptical group of embedded reporters on Gore’s campaign plane often threw him on the defensive with damaging storylines. The Democrat’s penchant for casual political boasting about his achievements was sometimes portrayed, implausibly, as though he were a serial fabricator. Meanwhile, the embedded reporters on Bush’s plane less frequently knocked him off-stride, and often seemed charmed by his towel-snapping rapport with the media. Little in the Bush coverage anticipated the deeply ideological nature of his presidency or the zeal with which he would later march to war in Iraq.

For the first time in generations, this dynamic—reporters and candidate teams, living side by side for months on end, and reporters often following the winning candidate to a high-profile White House beat—simply doesn’t exist.

Chris Lehane, a senior Gore aide in 2000, said “as with any” of the pandemic-related changes in American life, “there are both positive and negative” implications.

On behalf of the public, he said, “Reporters in the bubble achieve unique insights into the character, background, persona and even decision-making abilities of the candidate.” The downside “can be a groupthink that takes hold among those same reporters.”

Without in-person access to candidates, staff, or voters, Lehane said, ambitious reporters will need to make their mark in 2020 by “really offering original insight from a different perspective with a different voice.”

Several reporters said that is precisely what they are trying to do.

For The Washington Post’s Dave Weigel, the erasure of wasted hours in airports or convention security lines has opened up more space to cover voting rights and how results will be certified.

David Chalian, CNN’s political director, said he’s directing major reportorial resources to the process of voting—“one of the big stories in this election.” The crises roiling the country, he added, have a kind of clarifying effect on journalism: “Given the time that we’re living in right now, it has kept our focus really clearly on the kinds of things that are impacting Americans.”

For Ken Thomas, who covers the Biden campaign for The Wall Street Journal, this summer has taken him back 16 years—to reporting on the brutal 2004 hurricane season in Florida.

“It was just this crazy summer where you were constantly working the phones from your desk, trying to find people who were able to talk about what they witnessed,” Thomas remembered. Unable to witness the storms firsthand, he had to rely on sources for basic descriptions of their environment. “It’s not unlike now. … You’re limited in where you can go, and you have to just rely on your basic blocking and tackling—using your phone, being creative.”

That creativity takes different forms. Musadiq Bidar, who expected to embed with Vice President Mike Pence for CBS, is instead watching livestreams from his home in the Bay Area—and tapping into sources like CBS polling data to reach voters across the country.

“It’s more challenging to capture what voters are feeling, what they’re sensing, if you’re not there in person,” he said. But “it doesn’t help to labor on that if you’re not looking for solutions.”

Experienced campaign reporters say—however enterprising journalists are in finding workarounds—there is no denying the limitations.

It’s hard to examine a campaign’s ground game when you’re not on the ground. And establishing a rapport with top campaign staffers gets dicier when they can screen your calls, ignore your texts—and avoid seeing you at the back of a rally or at the hotel bar.

“You’re not looking people in the eye, so it can be a bit more of a manufactured, contrived conversation,” said POLITICO’s Alex Isenstadt, who’s had to make do without buttonholing attendees at inside-baseball events like donor conferences and Republican National Committee meetings. “The answers that you can get out of people frankly in those kinds of environments can be much more unvarnished.”

The strange circumstances of the 2020 campaign, said Brianne Pfannenstiel, chief politics reporter for the Des Moines Register, require a measure of humility: “We have to be aware that we’re deeply limited at the moment, and we can’t pretend to know more than we do.”