The Chase: Bradley Walsh stuns co-stars as he 'breaks rules'... 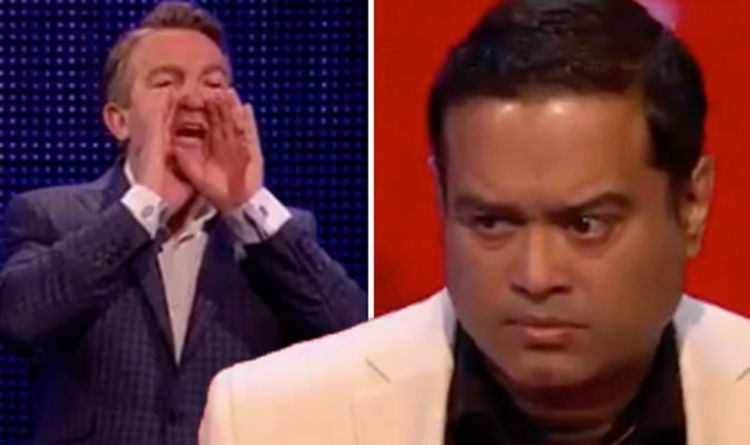 Bradley Walsh, 59, was joined by four new, budding contestants on The Chase who were all hoping to walk away with a share of the jackpot prize. With only one contestant making it to the Final Chase, the ITV show host wanted to give them some encouragement and, in a first for the programme, took action to help the player.

After previous hopefuls Paul, Serena and Jackie were knocked out the competition, it was down to Rob to try and win himself some cash.

Accumulating £5,000 during his cash builder round, when pitted against the Chaser Paul ‘Sinnerman’ Sinha, 49, the player was offered a higher and lower amount to play for.

With none of his team on the studio floor to give him advice, the hopeful was left to his own devices.

Or so he thought, as Bradley made the decision to speak to the axed contestants who were watching off-screen, something which has never been seen on the show before.

Before speaking with the previous players, Paul said to Rob: “I have a feeling you’ve come here to win big money,” trying to goad the contestant to take the higher offer.

“Shall I ask my team?” the hopeful jokingly asked, but Bradley didn’t see the harm in doing so, despite them no longer being on camera.

“I’ll ask the team,” he said, before cupping his hands and shouting out to those who were watching from the sidelines.

“What do you reckon he should do?” the host declared.

With the game in play, the contestant was then set to make a historic win as he got through to the Final Chase on his own with £80,000 to play for.

It seemed he could have been within a chance of making history when he managed to put 11 points between his only and the Chaser.

Unfortunately, it wasn’t meant to be as Paul defeated his opponent with over 30 seconds to spare.