The Chase: Mark Labbett's 'exit revealed' as the Beast teases... 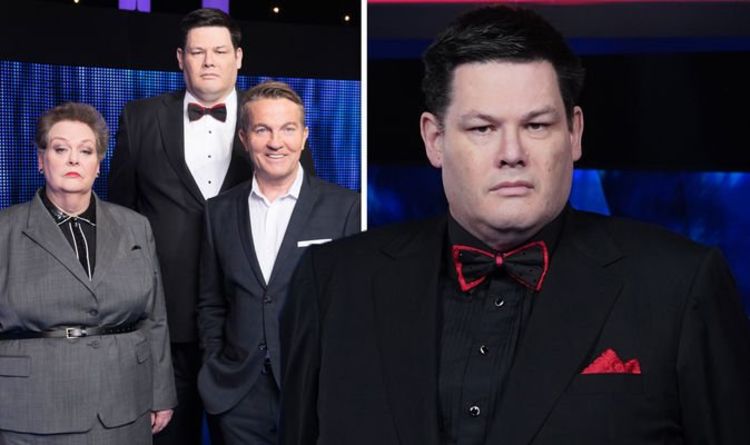 The Chase is one of ITV’s most popular quiz shows and has produced more than 1,500 episodes. Bradley Walsh welcomes a new team of hopeful quizzers at the beginning of each instalment before the host introduces which Chaser the team will compete against. However, fan favourite, Mark Labbett, has revealed he has his eye on another TV show in a surprising admission.

The Beast and Shaun Wallace, also known as The Dark Destroyer, have been a part of The Chase since it first appeared in 2009.

A year later, Anne Hegerty, nicknamed The Governess joined the Chaser line-up and in 2011, The Sinnerman, Paul Sinha was welcomed into The Chase family.

In 2015, Jenny Ryan, also known as The Vixen, completed the Chaser line-up before it was revealed Darragh Ennis would be joining the team this year.

After going up against teams of hopeful quizzers for over a decade, Mark has admitted there’s another TV he’s got his eye on.

“My guiltiest pleasure is watching RuPaul’s Drag Race,” Mark revealed. “If there was a celebrity version, I would do it.”

The reality show features amateur drag queens battle it out in a series of challenges and lip sync performances.

The competition is judged by a panel that includes RuPaul and Strictly Come Dancing star Michelle Visage.

Beat The Chasers saw host Bradley asking contestants whether they wanted to take on one, two, three, four or all five of the quizmasters for a chance of taking home a huge cash prize.

The hit ITV quiz show was turned on its head as contestants no longer found out which one Chaser they were up against at the start of the show.

As opposed to The Chase, where contestants face just one Chaser, in the new show quizzers could decide how many Chasers they’d like to take on.

Those brave enough to play against all five Chaser were in with a shot of winning huge amounts of money.