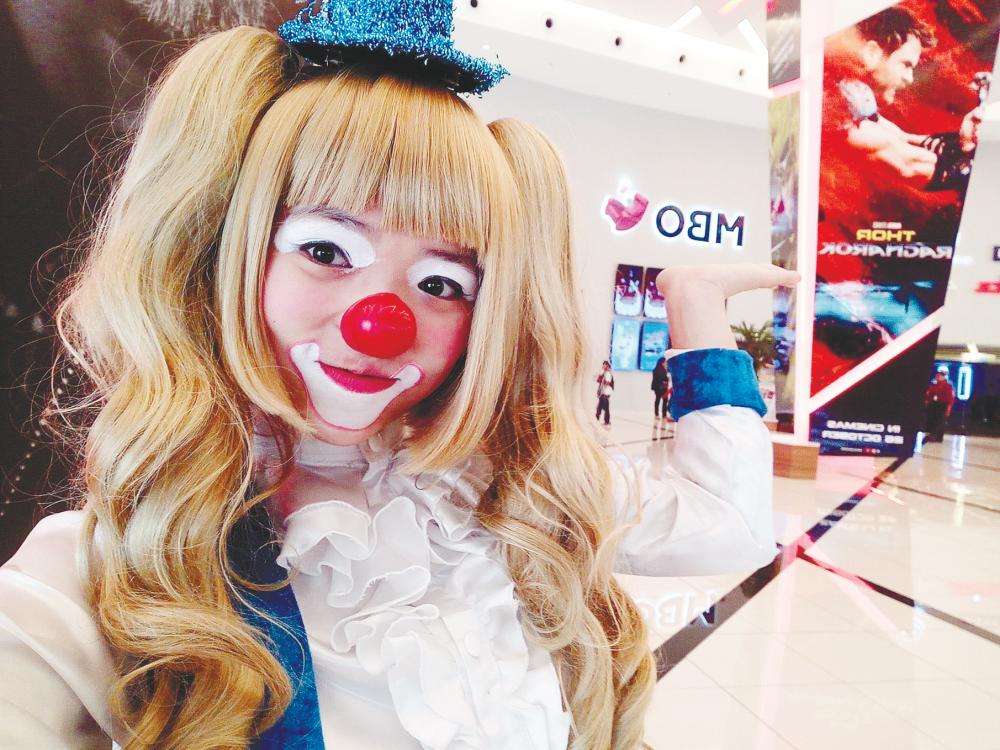 ERVINN Siew was a naughty kid in school who loved to play pranks on his classmates and teachers. “I always got punished,” said 27-year-old Siew.

“My classmates and teachers always called me the class clown.”

But never in his wildest imagination, did he ever think that he would transform himself into a real-life clown.

He says: “I did not want to be a clown. I wanted to be a magician.”

At the age of 16, he joined an entertainment company and became a junior magician who performed at children’s parties.

The entertainment company that hired him was more famous for supplying clowns to parties, and they started to train him in the art of clowning.

“I became a clown who could perform magic tricks,” he says.

After earning a diploma in performing arts, Siew decided to become a full-time clown.

“I wanted to be an entertainer for children,” says Siew, who performs under the clown name of Mr E.

“I am not the kind of person who can work in a nine-to-five job, between the four walls of an office. I love the idea that my job brings laughter to children.”

However, he admits children are not an easy audience to satisfy.

“Children are always honest with their opinions. If they find your show boring, they will tell you to your face.”

He also makes it a point to record all his performances.

“I will look back at what I have recorded. I will learn what I have done wrong, and try not to repeat these mistakes in my shows.”

However, his job is not all fun and laughter. During a gig a few years ago, a child started throwing things at him, and this encouraged some of his friends to do the same thing.

“It was a terrible time for me,” he says.

He faced a few situations where some children burst into tears, the moment they saw him in a clown costume for the first time.

“Their fears are justified. Children are more familiar with ‘clean’ faces. If they suddenly see a face full of colours, they will get scared.”

But he takes this as a challenge, and tries to win the hearts of children who are afraid of clowns.

“I get a certain happiness when I manage to get a child who was afraid of me initially, to play with me by the end of the event,” he says.

Fellow clown Albee Lee, who started her clown training at 14 and became a full-fledged clown at age 17, also faced similar situations, where children would cry upon seeing her in costume.

To handle the situation, Lee makes sure her make-up is less fierce and frightening, and that her clown costume is prettier.

“I wear pink makeup. Which other clown wears pink make-up? When you are cute, children are less afraid of you. They want to be near you.”

Her clown costume is specially made, with many interesting layers, making her look like a character from a magic-themed Japanese anime or manga series.

In the past, it would take her almost 90 minutes to put on her costume and make-up. But over the years, she has mastered the trick of getting dressed.

“Now, I only need 45 minutes to get ready,” says Lee, who is a part-time clown and full-time customer service officer.

She admits there are very few females clowns in Malaysia.

“People are intrigued when they hear that I am a clown,” says Lee, who performs as Miu Miu The Clown.

“I remember a client who was totally captivated by me being a female clown, and she hired me for her wedding, making balloons for her guests.”

She explains the biggest challenge for a clown is to not bring their personal frustrations into their work.

“If you bring your problems to your work, you will not be able to perform well,” she says.

“The moment I apply the first stroke of my make-up, I forget that I am Albee Lee, and I immediately become Miu Miu The Clown. Albee Lee does not exist anymore, and Miu Miu The Clown has only one priority – to bring joy to her audience.”