The Crown: Who was Cecil King and did he really launch a coup? 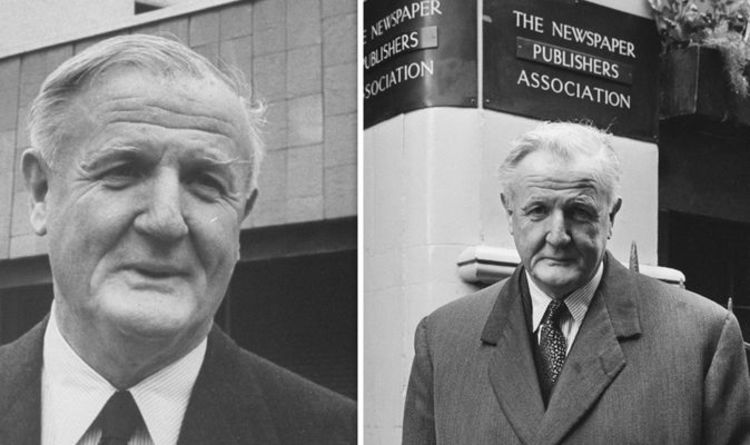 In The Crown season three,  episode five, Prince Philip’s (played by Tobias Menzies) uncle Lord Mountbatten (Charles Dance) landed himself in a spot of bother with Queen Elizabeth II (Olivia Coleman) and Prime Minister Harold Wilson (Jason Watkins). He appeared to be taking part in an attempted overthrow of Wilson’s government. Express.co.uk has everything you need to know about the true story behind the episode.

Who was Cecil King and did he really launch a coup?

In episode five of The Crown, Lord Mountbatten is approached by Bank of England director and newspaper owner Cecil King to help lead a coup against Harold Wilson’s government.

Whether Mountbatten was actually approached by King remains unknown but according to head of the International Publishing Corporation, Hugh Cudlipp, there were conversations between Mountbatten and King.

During the 1960s, King had been a strong opposer of Wilson’s government.

However, the press reported his dislike of Wilson as King being in favour of a “coalition government”.

READ MORE The Crown season 3: Did the Queen really make up with Duke of Windsor

A real coup d’etat was never launched in 1968, but there were rumours of a coup being planned at the time.

According to Cudlipp, a meeting between King, Mountbatten and Cudlipp took place on May 8, 1968 at the Lord’s London residence in Kinnerton Street.

Cudlipp claimed: “He [King] explained that in the crisis he foresaw as being just around the corner the Government would disintegrate, there would be bloodshed in the streets, the armed forces would be involved.

The people would be looking to somebody like Lord Mountbatten as the titular head of a new administration, somebody renowned as a leader of men who would be capable, backed by the best brains and administrators in the land, to restore public confidence.

“He ended with a question to Mountbatten – would he agree to be the titular head of a new administration in such circumstances?”

According to Cudlipp, Mountbatten asked for Zuckerman’s opinion who stated the plan amounted to treason.

Mountbatten agreed and rejected King’s plans to go ahead with a coup.

Although his plans for coup did not go ahead, King did publish a Daily Mirror front page calling for Wilson’s physical removal from government

As a result of the front page, King was dismissed from his position at the Daily Mirror on May 30, 1968 by the International Publishing Corporation.

The Crown: Does The Crown have a secret republican agenda?

The Crown: Was there a military coup in Athens? What triggered it?

The Crown: What did Prince Charles really say at his investiture?