The Epic Blandness of the Joe Biden Campaign 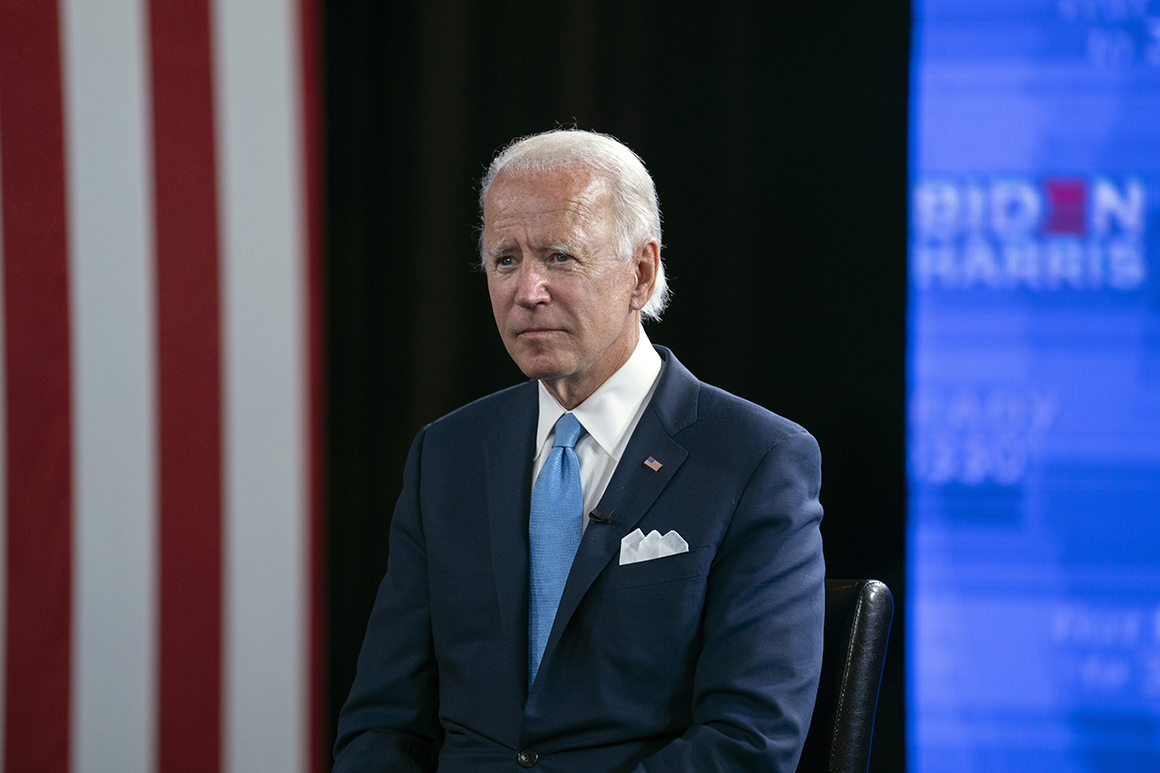 The obvious point is about the fallibility of prediction, and the frequency with which the political-media class fails to perceive powerful currents in the electorate. That’s worth remembering on the brink of virtual conventions, when a lot of coverage is describing the Biden-Harris ticket as in command of the race.

The less obvious point is the more consequential. For the moment, Biden looks to be transforming a political culture, with its corresponding customs, that has prevailed for six decades. It is an astonishing achievement for a candidate whose public career, at the start of the year, looked like it had just a few weeks left to live.

Reporters 20 months ago—or even six months ago, after Biden’s shockingly weak finishes in the first three states of the nominating contest—were viewing the former vice president through the prism of a familiar standard. Since JFK inaugurated the television era of politics in 1960, successful presidential candidates have been theatrical candidates. The exceptions, like Gerald Ford or George H.W. Bush, had short tenures that tended to prove the rule. Winning politicians have had narrative electricity—they were performers and storytellers who could command the attention of people who loathed them no less than those who revered them.

The election’s less than three months away, and health policy is front and center due to the pandemic. POLITICO’s Dan Diamond breaks down how Kamala Harris’ health policy could change the 2020 race.

Biden promises an end to that era. The narrative drama in his performances comes largely from the possibility that he will step on his own words and create a self-damaging storyline. After marinating for 36 years in the U.S. Senate, the best that can be said about his political persona is that it is bland. What is now clear is that his claim on the presidency comes not despite blandness but in essential ways because of it.

Biden is not just bland, but epically bland. Combined with his selection of Harris as running mate—so far a choice that looks both safe and impressive—Biden more than any candidate of the modern era is running not as a galvanizing personality but as a composite Democrat. His life story is striking, marked by tragedy and heroic persistence, but his leadership persona is indistinct, elastic. In ordinary times, that is an implausible trait for presidential challenger. In extraordinary times, against an incumbent like Donald Trump, it may be an indispensable trait. Trump did not invent the cult of presidential personality, but he is its most bizarre manifestation. A generic politician, wrapped in plain packaging, offers the starkest contrast in modern presidential history.

Biden’s task of deprogramming the cult of the presidency has been helped immeasurably by the coronavirus pandemic. My colleague Chris Suellentrop has a shrewd observation: The appeals of a couple generations of would-be political reformers effectively have been answered in 2020, at least as represented by the Democratic campaign.

Let’s end the permanent campaign, the reformers say, and have short European-style elections. Huddled at home since March, with only episodic appearances, Biden has been fine with that part. Let’s embrace a more parliamentary brand of politics, dispensing with the exaggerated emphasis on personalities, by making the election fundamentally about the platforms of competing parties. Biden, of necessity, is fine with that part, too.

Like more flexibility to work away from the office, this is one aspect of pandemic living that we may wish to keep even when the pandemic passes.

Trump, like several predecessors facing tough reelection, has had an answer to the polls that show anyone from the opposition party could beat him. He won’t run against “anyone.” All elections are against a specific someone, with ample opportunity to define and dismantle that person in a head-to-head contest. The signal question for Democrats heading into the fall is: How durable is Biden’s blandness?

Even if Biden’s cult of nonpersonality is a short-lived phenomenon, the moment of appreciation for the virtues of blandness is historically noteworthy. The author Garry Wills once wrote of “The Kennedy Imprisonment.” The alluring parts of the Kennedy dynasty—the fusion of idealism, glamour, and power—created a heroic mythology that depended heavily on illusion. The pressure of maintaining the illusion led inevitably to excess, scandal, tragedy. The imperative of projecting heroic personas arguably represented an imprisonment not just for the Kennedy family but for a generation of politicians who believed that in the modern age leadership is preeminently about style.

The power of this tradition surely is why the journalists in the informal survey seemed most captivated by O’Rourke. They seemed to fit within a charismatic tradition that started with the Kennedys and included Bill Clinton and Barack Obama.

Biden, an Irish-American who said he was inspired to pursue politics in part by the Kennedys, early in his career was a vivid illustration of a politician who seemed trapped by their example. He was crippled in his 1988 run for the presidency by a conviction that he could not run as a plain-spoken average Joe from Delaware. He had to sound inspiring and lyrical. So he cribbed from speeches by British politician Neil Kinnock and got mocked for plagiarism.

Now, days away from formal nomination and 81 days until voters will decide if he gets the prize he has been hungering for during 48 years on the national stage, Biden seems liberated from outsize expectations of charisma.

Both he and Harris, in their remarks Wednesday in Delaware, emphasized themes of competence, responsibility and civic rehabilitation more than pulse-quickening inspiration. “Work” was the recurring theme. “You ready to go to work?” Biden asked. “I’ve never been more ready to roll up my sleeves and get to work,” Harris answered in her own remarks.

A Democratic strategist Tuesday, upon news of Harris’ selection as running mate, noted the safeness of the pick, in a campaign that is all about practicality—“Like buying a minivan.”

A minivan doesn’t turn heads, but is a reliable way to get Democrats to their destination.

Marianne LeVine and John Bresnahan But if Democrats pick up a net three seats, that’s what happens. Should Joe Biden win the presidency, they’ll hold...
Read more
US

Natasha Korecki “I don’t think that he has his pulse what is going on in this state. He doesn’t have a forceful personality. He...
Read more