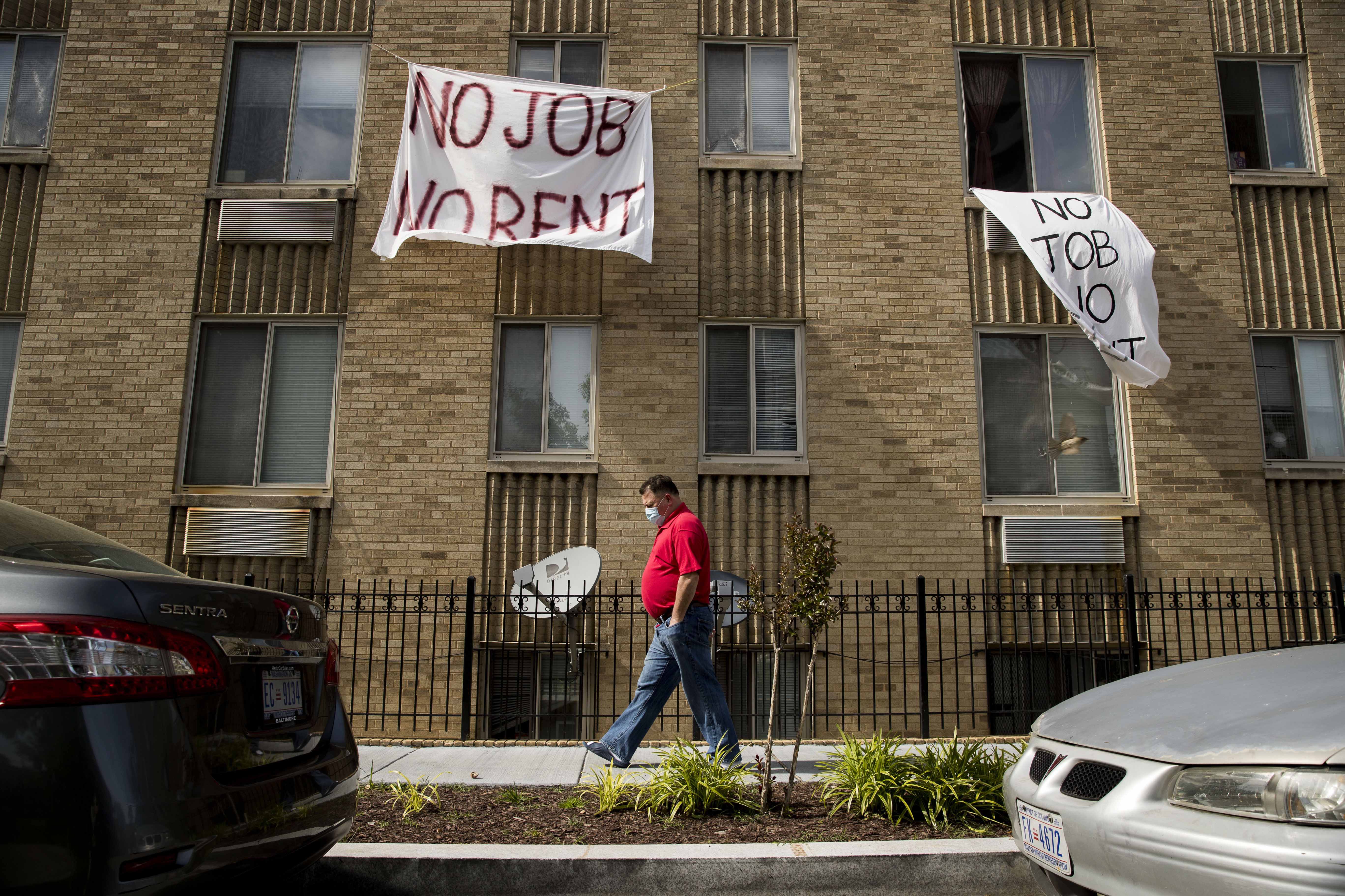 The federal enhancement to unemployment benefits included in the $ 2 trillion CARES Act in March — a $ 600-a-week boost that helped many laid-off tenants pay at least some of their rent — lapsed in late July. And negotiations on a new financial relief package have broken down.

One in three tenants failed to make their September rent payment on time, according to the latest Apartment List survey. And a little over 25 percent said they had slight or no confidence in their ability to pay their rent this month, according to Census data published Wednesday, with another 22 percent expressing only moderate confidence.

“We’re trying to address renters not being able to pay rent — that’s one problem,” said Paula Cino, a vice president at the National Multifamily Housing Council, a landlord association. But “property owners rely on those payments to meet their own financial obligations.”

“Now we’ve prolonged this uncertainty, provided this long-term period where rent money may not be coming in and we haven’t created support” for the property owners, she added.

The Centers for Disease Control and Prevention issued the order banning evictions, citing the public-health risks of pushing distressed tenants into homeless shelters or other crowded living conditions during the pandemic. The order surprised industry lobbyists, who had focused most of their efforts on Treasury and the Department of Housing and Urban Development.

Once landlords have paid expenses associated with the property, they keep on average just 9 cents of every dollar paid in rent as profit, according to a National Apartment Association analysis.

“This is not a high-margin business,” Pinnegar said. “This order issued by the CDC is potentially the straw that breaks the camel’s back.”

One in four small landlords said they had already borrowed to make ends meet in a July survey by the National Association of Hispanic Real Estate Professionals, while an Avail survey of small landlords in August found that 35 percent were dipping into savings to cover operating costs. Those costs will only increase as the weather turns colder, requiring landlords to heat their buildings and remove snow and ice in some states.

“More than half (58%) of small rental property owners lack access to credit to cover emergencies, such as lost rent payments, and they may lack sufficient assets to pledge to a lender when rental income stops,” wrote American Bar Association President Patricia Lee Refo in a Sept. 5 letter urging Congress to provide rental assistance.

Housing advocates and industry groups have come together on the push for rental aid money, which would prevent tenants from being hit with massive back rent bills at the end of the crisis while preserving income for landlords.

“We can’t just keep kicking the can down the road and not think about the implications for these small landlords,” Noerena Limón, senior vice president of policy at the Hispanic real estate professionals group, said during a Center for Responsible Lending event on Black and Latino homeownership on Tuesday.

Michelle Starr The surface of Mars is renowned for its aridity. The entire planet is a dusty, barren desert - a wasteland of rock and,...
Read more

But not PC or Xbox One.Activision has made the Call of Duty: Modern Warfare and Warzone Season 6 update available to pre-download on PlayStation 4,...
Read more