The Governor Who Holds Trump’s Fate in His Hands 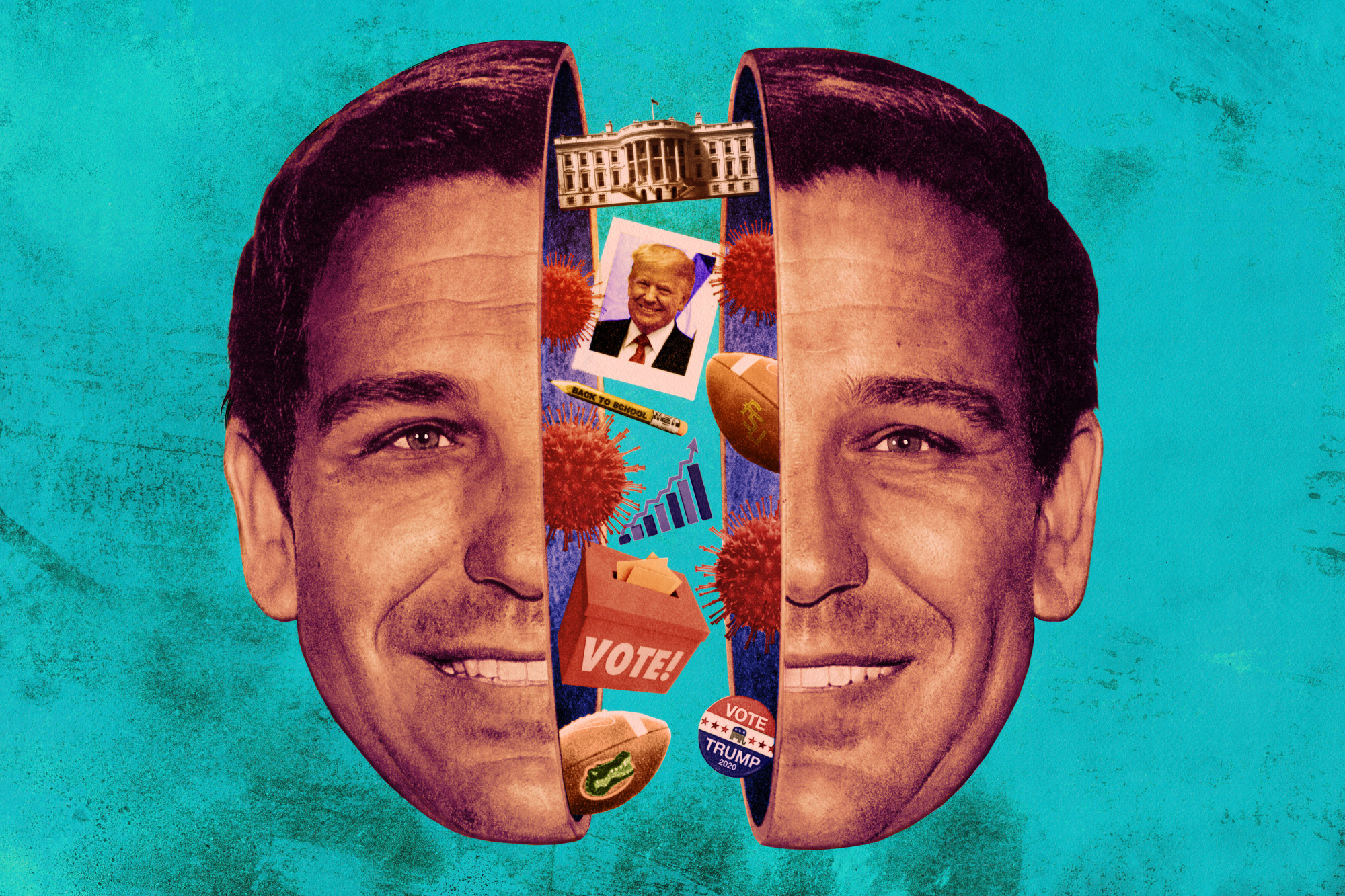 DeSantis and the Dunedin National side from the outset that season gunned for a spot in the Little League World Series in Williamsport, Pennsylvania—and made it, winning sectional, state and regional tournaments before losing to a team from California. “As a kid,” DeSantis would say years later, “to set out to do that and then to end up getting there, you know, really I think taught a lot of us that, ‘OK, if you set goals and you work—and we practiced every day over the summer—you practice hard, you have the opportunity to do some of those things.’” And the mission for “D,” his teammates believed, even then, by no means was limited to baseball. “His goal,” said Brady Williams, now a minor league manager, “was to be the president of the United States.”

And so after finishing at Dunedin High School, where he was all-conference but also did mock debate and was on the homecoming court, he went to Yale, where in his first year in his first game he hit first in the order—and laced a single up the middle in his first at-bat.

Four years later, DeSantis asked Stuper to write him a letter of recommendation for Harvard Law. “He showed me the last two years of his transcript,” the coach said, “and there wasn’t a B on it anywhere, and I’m, like, ‘Jesus, this is like a Stepford freaking transcript.’”

Lest he be accused of doing nothing but extolling DeSantis, Stuper talked, too, about what happened right after DeSantis kick-started his collegiate career with that well-struck base hit. “‘D,’ I said, if you get on, we’re going to hit and run,’” the coach recalled. “‘I’m not going to give any signs or anything. We’re just going to hit and run on the first pitch.’ ‘OK, OK, OK.’” And? “So, um, it didn’t work, because before the guy even threw a pitch to the plate, he picked D off.” Stuper called it “a cardinal sin” to “get picked off on a hit and run.” He added, “He may have forgotten that, but I haven’t.”

“Absolutely,” DeSantis said in his office, more than 22 years later, when asked whether he remembered.

The governor said it was the umpire’s fault.

“See, what happens,” he said, “is when you have a two-man umpiring crew, the base umpire is behind the pitcher, so what a pitcher would do is a balk move. They would lift the left heel, like they were going to the plate, but then they would turn around. And so Stuper was, like, ‘You can never get picked off on that.’ I was, like, ‘Coach, he balked.’”

DeSantis keeps a minuscule inner circle. It often can consist of just his wife and his chief of staff. Sometimes, some say, it’s not even that. “The political circle is linear,” said Scott Parkinson, a former chief of staff, “and it is him and Casey.” And that was true right from the start.

Early in 2012, Travis Cummings was readying to run in Northeast Florida for a spot in the state House, and he was having lunch with Kent Stermon—who now is near the top of the short list of friends of DeSantis but back then hadn’t met him. Cummings told Stermon about DeSantis, calling him “interesting” and “just kind of this upstart guy,” Stermon recalled. A couple days later there was a knock at his door. It wasn’t Ron DeSantis. It was Casey DeSantis, a midday host on the highest-rated network affiliate in Jacksonville, whom he married in 2009. She was “stumping for him,” Stermon said.

“I said, ‘Hey, I’m going to this charity event later on tonight. There’ll be a ton of money in the room. Bring your husband. I’ll introduce him to people.’ She’s, like, ‘We’ll be there.’ And it’s like a hundred degrees outside—it’s like 3 o’clock—and they gotta be there at like 6 o’clock. I told my wife, ‘There’s no way they show up’—6:15, there they walk up.”

That year, in his first campaign for elected office, DeSantis was, at 33 years old, in the right place at the right time and not by accident. He had identified an open seat in Congress in Florida’s newly drawn 6th District, stretching from Jacksonville to Orlando but not actually including any part of either city, “a tweener district,” in the words of a Democratic strategist, somewhat under the radar and eminently winnable for a Republican.

DeSantis just had to get through a jumbled primary. To do that, he ran not so much against the six other GOP candidates but against the sitting president. Against the government. Against Washington. The double Ivy Leaguer ran as an outsider, as a Tea Party hard-liner, as a “constitutional conservative” in the mold of Senators Mike Lee and Ted Cruz. He wanted to roll back environmental regulations and eliminate the Department of Energy and repeal the Affordable Care Act. He wanted stronger border security, opposing amnesty for undocumented immigrants. He opposed all gun reform. He said food stamps should have on them a picture of Barack Obama and that the president wanted to create “a dependency culture.” He said a second term of Obama would mean the “death knell” of “limited government.” His pitch attracted the attention and the endorsements of national conservative groups like FreedomWorks, the Club for Growth and the Conservative Victory Fund; of Lee, the Utah senator; of controversial Arizona sheriff Joe Arpaio; of John Bolton—and of the most prominent peddler of the racist conspiracy theory that Obama wasn’t born in the U.S.

Interrupting, name-calling, rule-breaking. These educators have no time for that kind of mischief - especially when it's coming from presidential candidates. A kindergarten and preschool...
Read more
US